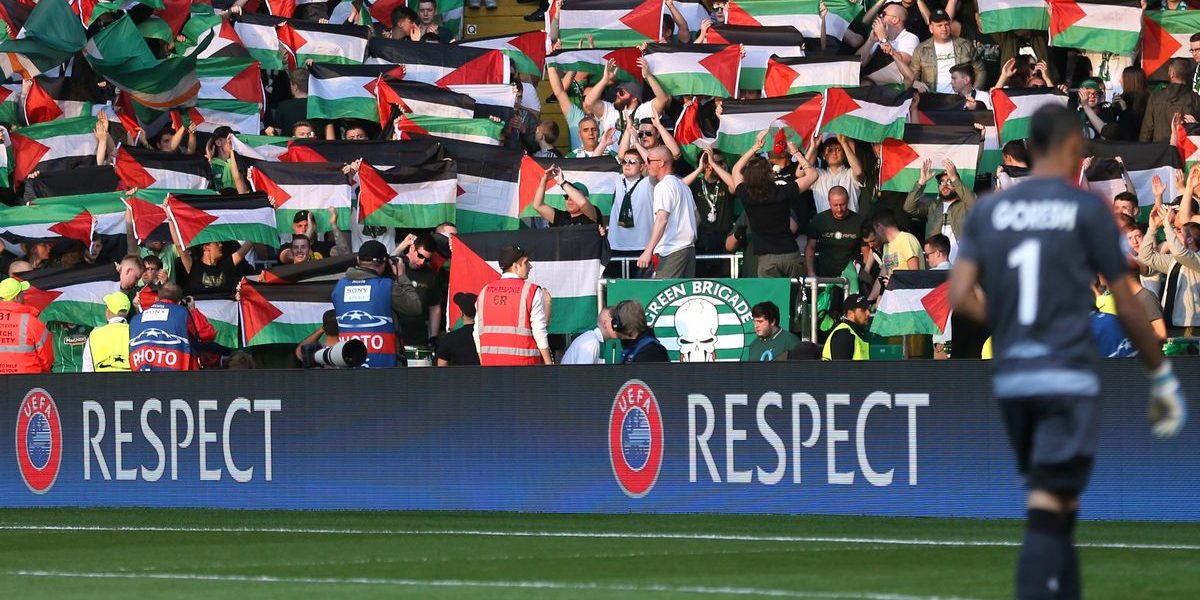 FIFA wants to be fair. It says as much in its mandate:

FIFA exists to govern football and to develop the game around the world. Since 2016, the organisation has been fast evolving into a body that can more effectively serve our game for the benefit of the entire world. The new FIFA is modernising football to be global, accessible and inclusive in all aspects. Not just on one or two continents, but everywhere.

Wanting to be fair, of course, is not the same as being fair. And based on what Canadian human rights group, Just Peace Advocates, has recently brought to light, FIFA is being just the opposite; it is failing to rightfully sanction Israel for harming Palestinian soccer matters, as well as Palestine itself.

Israeli apartheid, on and off the field

Just Peace Advocates enumerates the extent of this harm, which—given its seriousness—deserves to be quoted in full:

A) The Israeli Football League (IFL) allows players, and even five clubs from the illegal Israeli settlements (legally under the jurisdiction of Palestine), to play in their national league without first obtaining permission from the Palestinian Football Association (PFA). This is a straightforward violation of FIFA regulations that must be addressed.

B) Israel, by means of its military administration and control of the Occupied Palestinian Territories, has taken a number of measures that harm the sport of football including:

C) Finally, we object to the prevalence of blatantly racist sloganeering (“Death to Arabs”) and anti-Arab violence associated with IFL games. This runs counter to FIFA’s stated goal of confronting racism.

This is a reflection of Israeli apartheid which more generally (apart from sport) continues to devastate their lives in a myriad of ways—from the illegal demolition of Palestinian homes and administrative detention of Palestinian children, to the blockade of humanitarian aid to Gaza and routine killing of Palestinian journalists. To describe this as the result of Israeli “foul play” or “unsportsmanlike conduct”—among many other soccer metaphors—hardly does justice to the sheer terror here involved.

FIFA is known for claiming that politics and soccer should not mix. Its failure however to sanction Israel reveals the hypocrisy of this position. Such abstention supports what is at once both deeply political and upsetting: Israel’s violent disenfranchisement of the Palestinian people.

How, FIFA, is this “inclusive”? Helping to “benefit the entire world”?

Perhaps what FIFA fails to recognize is that soccer is not just a sport. It’s an activity that happens in the world, on and off the field. Just Peace Advocates speaks directly to that, bringing to light the material realities—land, facilities, infrastructure, etc.—required for it to not only be enjoyed but, more fundamentally, take place at all.

Right now Israel is criminally denying Palestine access to this. The more FIFA decides not to intervene, the more it makes soccer less accessible to Palestine—contrary to its mandate. Instead, FIFA should follow the anti-Israel apartheid petition launched by Just Peace Advocates (which soccer organizations of conscience are signing). This will not only bring it more into accord with its mandate, it will also send Israel an important message: countries that systemically violate human rights are not allowed to play in FIFA matches. More important than profit is human life. Respecting that means honouring Palestinians’ right to live, play and enjoy soccer free from Israeli oppression,

FIFA should also not hesitate to discipline Israel swiftly. That means not delaying a ban so that Israel can first “explain” what it is doing to Palestine. The facts that evince the larger regime of Israeli apartheid are well-documented by the United Nations, as well as the most reputable human rights organizations such as Amnesty International and Human Rights Watch. These facts alone matter, not Israel’s excuses in terms of “security” or otherwise.

Penalties: give Israel the boot

Writing this I’m reminded of a soccer match I played in as a child. Anticipating the ball rebounding from the opposition’s goalie, I ran quickly towards the net and kicked where I thought the ball was going. Instead I injured the goalie. I was ejected from the game and was also suspended for the next.

I felt great shame. I was talking to my father about it, during the time I would’ve been playing in the game I was suspended for, in our Toronto backyard. He understood but remained firm, impressing on me that even though it was not my intention to harm the goalie I still had to pay the price for my actions. It didn’t make me feel any better then but looking back it was my father, in a small but significant way, trying to teach me responsibility: when you unnecessarily hurt others, there are consequences for you. Likewise, being good means not only following the rules but accepting (and enduring) the penalty for breaking them. Part of that for me was the shame. But, perhaps more importantly, another part was me—later in the backyard and alone—thinking how I could’ve avoided hurting that goalie and to be more mindful of my actions in the future. It made me a better person. Playing soccer til this day, I (though certainly no Pele or Diego Maradona) never injured a player again.

On a much larger and critical scale, FIFA has now the opportunity to improve its integrity by sanctioning Israel. At the moment it is morally impoverished: it is allowing Israel to participate within its organization as if it’s not routinely compromising human life, part of its larger inexcusable and longstanding campaign to ethnically cleanse Palestine.

We cannot trust FIFA to correct itself on its own. Steps must be taken by the international community to pressure it to do so. Soccer organizations should continue to sign Just Peace Advocates petition. It makes the necessary demand that the apartheid regime of Israel must be dismantled before it be allowed on the field.

The “beautiful game” must not permit inhumanity.