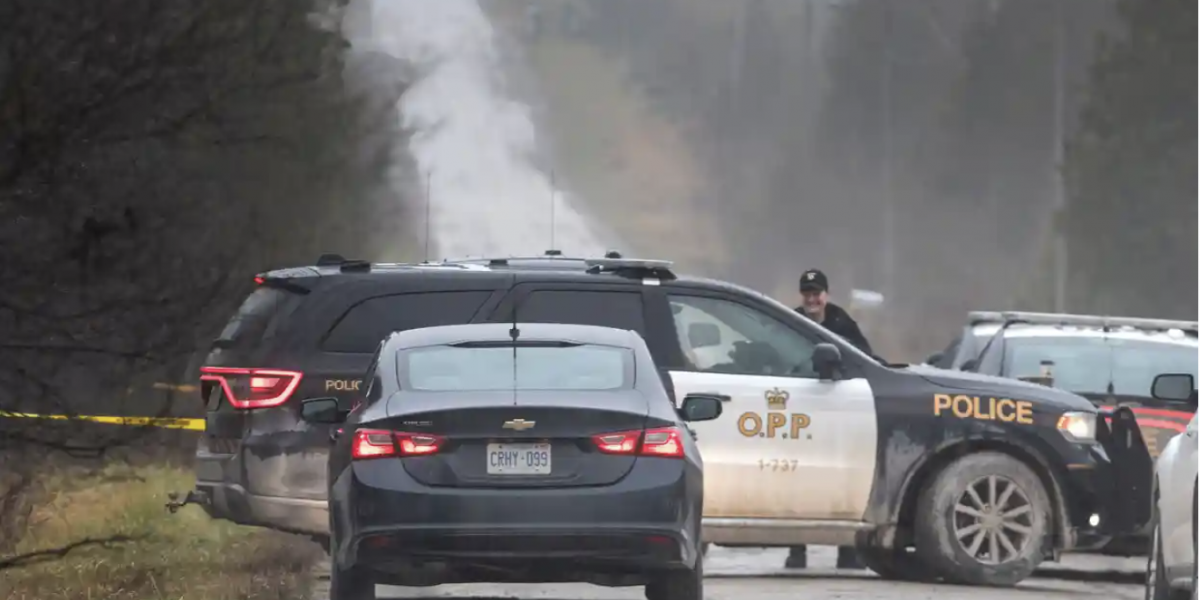 On November 26, 2020, Ontario Provincial Police (OPP) officers shot and killed 18-month-old Jameson Shapiro and his father, William Shapiro (33) in the city of Kawartha Lakes. After almost two years of silence regarding the killings, the Special Investigations Unit (SIU) in Ontario finally announced charges against three of the police officers involved.

The delay in bringing charges, the lack of information, and the insinuation the father killed the child—hanging over almost two years—raises numerous questions about policing and oversight, particularly in contexts where police kill those they claim to be protecting. It also provides police a number of beneficial opportunities in managing public relations.

Initial reports suggested, but did not confirm, that Ontario Provincial Police officers shot and killed a one-year-old boy in the morning of November 26, 2020. The Special Investigations Unit reported at the time that three OPP officers fired at a pickup truck on Pigeon Lake Road in the City of Kawartha Lakes in an attempt to stop the vehicle. The driver, later identified as William Shapiro, was struck, and the vehicle crashed. The one-year-old boy, who was not initially identified, was found inside the truck. He had suffered a gunshot wound and was pronounced dead at the scene. William Shapiro was transported to hospital “in grave condition” but died there.

Of crucial importance is the fact that police had reason to know that an infant would be in the vehicle when they opened fire, because they were responding to an alleged parental abduction. From the start, however, information was delayed in reporting of these events.

Initial public reports were framed in such a way as to hint at the father having killed his son.  According to the SIU, an altercation occurred between the father and the officers. Early on there should have been clarity about which weapons were fired and struck the victims, the directionality of shots fired, and whether a non-police weapon found on scene had been fired at all. Yet, the lack of information continued. Even more, a pro-police sentiment was expressed in early news stories that focused on an officer who was allegedly struck by the vehicle that was fired upon by police.

All this disinformation is not accidental, but follow a familiar playbook which we’ve seen this before.

In the early morning of July 18, 2015, Surrey RCMP killed twenty-year-old Hudson Brooks outside the force’s South Surrey detachment. The RCMP initially intimated in media reports that there had been a shootout between Brooks and the RCMP, resulting in a gunshot wound to one officer. Later police tried to claim that Brooks was suicidal, as if this would legitimize their killing him.

In March 2017 police audio of the killing of Hudson Brooks was posted on YouTube. It confirmed that the RCMP officer who was shot during the encounter actually shot herself. In the audio a woman’s voice can be heard saying, “I shot myself.” It was later revealed that Brooks was shot and killed by RCMP constable Elizabeth Cucheran.

When asked directly in 2019 if police might have killed McEwan, the Surrey Now-Leader reported that Integrated Homicide Investigation Team (IHIT) spokesperson corporal Frank Jang replied: “No, I mean that’s part of the investigation but because there was two deaths, one believed to be a police-involved shooting, one is not, the two agencies are simultaneously involved. There’s two separate investigations happening.”

For more than a month police posed Crosson as potentially the killer. But they knew this to be impossible since no non-police weapons were present at the scene.

The delay in confirming publicly, what must have been known fairly early in the investigation, serves multiple purposes which are beneficial for police forces when they kill. First, it allows them to deflect blame, often onto the victim (or other victims killed at the same time) themselves. It allows police to create a public narrative that someone else did the killing and posed an active threat to police, such as the father in the present case. This can deflect criticism of the police force, and even allow them to propagate narratives that they stopped an active threat to the public.

Second, it creates a space of time for the public to forget about the killing or to lose track of the facts in the case. This can blunt or disperse public anger and outrage. It also defuses possible public mobilizations against police over the killing. Thirdly, it keeps the public from knowing who the specific killer cops in their neighborhood are.

Throughout the period since this double killing, the OPP police association has emphasized its support not the victims but the killers. Rob Stinson, the president of the Ontario Provincial Police Association released a statement saying “We are fully supporting our members charged and our officers and civilian staff affected, with some still off work. It has impacted many people, families, first responders, and our members. Every single day police officers make split-second decisions that most will never have to make and wouldn’t want to make.”

Police control the flow of information when they kill. They are often the only ones at the scene, other than the person they have killed. Police are also able to control the scene before anyone else, including oversight investigators arrive. This means they can arrange, remove, or replace evidence. We have seen this before in cases that eventually gained notoriety. Police who kill, witness officers, and their forces, often obstruct investigations or simply refuse to cooperate. In Vancouver, the IIO had to take legal action against the Vancouver Police Department for refusing to turn over requested materials in the killing of Myles Gray.

Not surprisingly, this is exactly what happened in this double killing. In January of 2021, the SIU reported that the three officers who opened fire did not agree to be interviewed and furthermore were under no legal obligation to do so.

This is one reason that community investigations into police killings can be so important. Residents in the Downtown Eastside of Vancouver have done exactly this onerous work in the aftermath of the Vancouver police killing of Chris Amyotte, an Ojibwa man, on August 22.

Finally, it must be said that there can be no police accountability as communities need and want it within the current system. Capital and its state protectors require police. They require police to kill and have empowered them precisely to do so. Accountability is a matter of addressing instances where the police have acted in a way that cannot be brushed off by usual public relations mechanisms. Like when they kill a toddler.