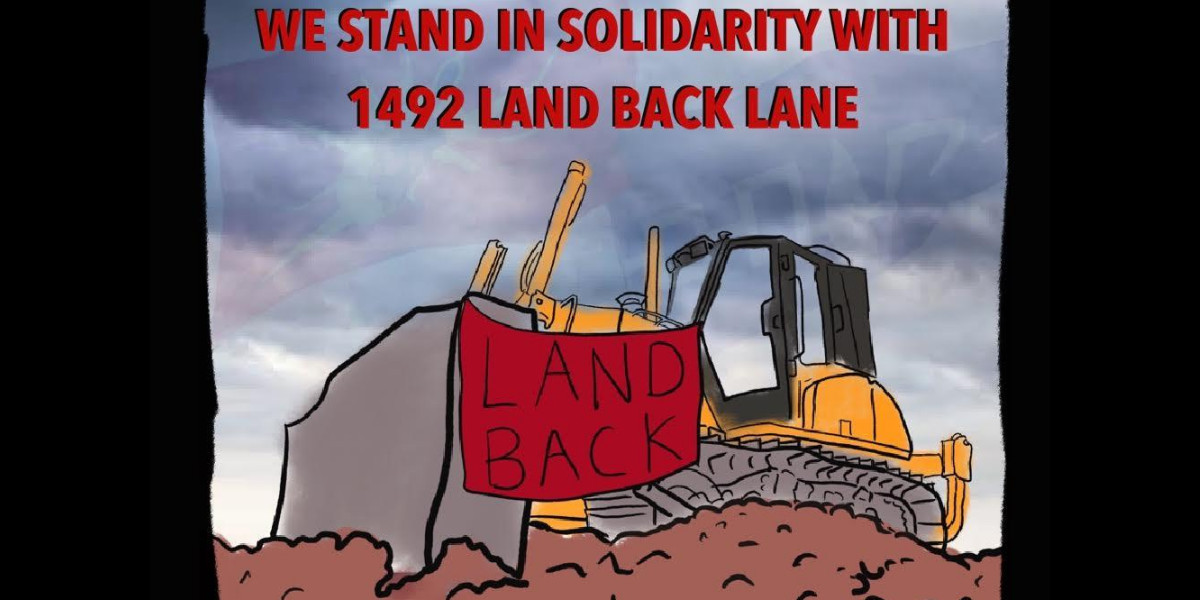 We the undersigned groups based in Tkaranto/Toronto stand with Six Nations!

We denounce the raid by the Ontario Provincial Police (OPP) on August 5, 2020. Eye witnesses described OPP officers firing rubber bullets and discharging tasers on unarmed Haudenosaunee land defenders. The provincial police beat the land defenders while arresting them. The Haudenosaunee Land Defenders are a sovereign people who are asserting their claim against the Canadian Legal State.  We call upon the Canadian state to respect and honour Indigenous law and fulfill its commitment under the Dish With One Spoon Covenant.

The land in question is the same territory that was at the heart of the 2006 blockades in Grand River. What’s happening right now at 1492 Land Back Lane on Six Nations territory is not a “protest.” It’s a reclamation of land and assertion of Indigenous sovereignty against the Canadian Legal State. The Haudenosaunee never agreed to be a part of Canada.

We demand that the police stand down and that all levels of Canadian government recognize Haudenosaunee sovereignty and self-determination over the disputed lands.

In solidarity and struggle,

If your organization is interested in signing onto this solidarity statement please email us info@springmag.ca