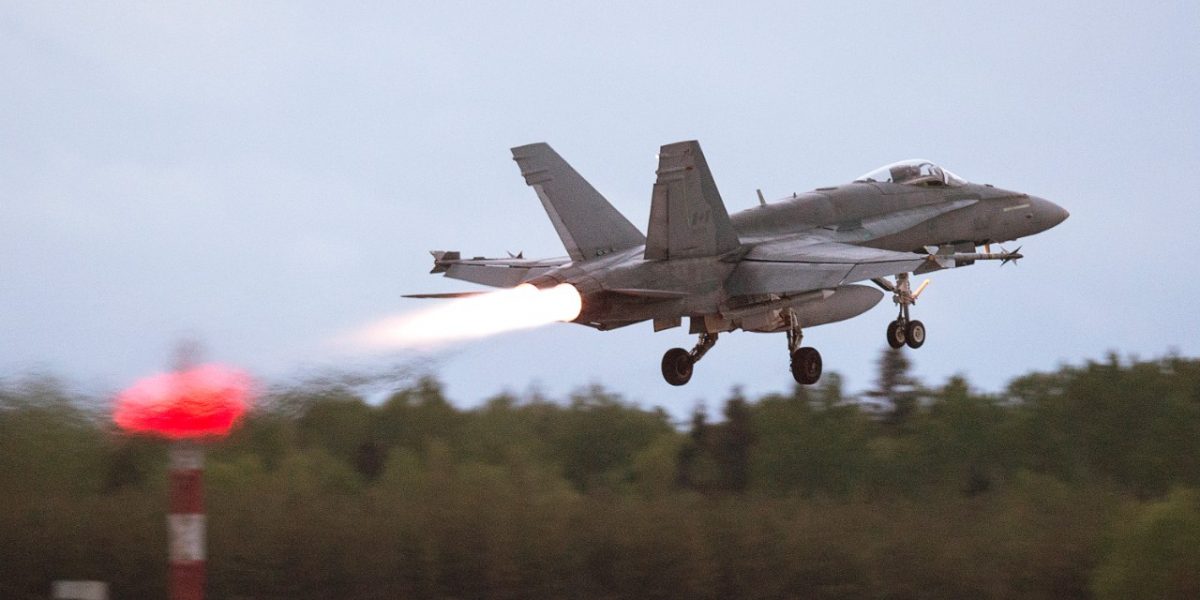 Over 100 notable people across Canada have signed an open letter to Prime Minister Justin Trudeau opposing the federal government’s planned procurement of 88 new fighter jets for a sticker price of $19 billion. The open letter, which was publicly announced on Wednesday, is part of a national strategy to stop the purchase of new war planes and instead invest in a sustainable future.

With Western Canada facing the highest temperatures in recorded history and Indigenous communities highlighting the dangers of continued militarism, it is clear that new fighter jets don’t protect our security in the face of the climate crisis. While the federal government has advertised that the procurement will cost $19 billion, a study conducted by the No New Fighter Jets Coalition estimates that the full life cycle costs will be closer to $77 billion. This could be used instead to end boil water advisories, develop a sustainable public transit infrastructure, or create a plan for a just COVID-19 recovery. We need to invest in solutions to the climate crisis, not in weapons of war.

New fighter jets are likely to worsen already existing crises. Canadian jets have been used in past bombing campaigns in Libya, Iraq, Serbia and Syria, further worsening humanitarian crises. Instead of solving conflicts with diplomacy, the Canadian military is using fighter jets to contribute to the destruction of infrastructure and lives worldwide. Rather than investing in solutions to the climate crisis, or developing a strategy for a just COVID-19 recovery, the Trudeau administration plans on purchasing more war planes, exposing the hypocrisy of Canada’s reputation as a “peacekeeping nation”.

The letter – which has been signed by people such as David Suzuki, Neil Young, Elizabeth May, Noam Chomsky and Naomi Klein – brings together voices from activists, musicians, artists, politicians and academics alike in opposition to this deadly purchase. The letter is one part of a larger strategy developed by the No New Fighter Jets Coalition, to highlight how the purchase of these jets poses catastrophic threats to people and the environment. The coalition is composed of activists and organizations from coast to coast who have been working tirelessly to inform the public of the dangers of the procurement. Through two national days of action, a rolling fast, a multinational webinar, and parliamentary petition among other initiatives, the No New Fighter Jets Coalition continues to expose how the procurement is unsustainable and dangerous.

With the open letter officially launched, supporters are encouraged to join David Suzuki and Neil Young and voice their opposition to the purchase. By signing on to the petition, supporters can send a letter to every Member of Parliament calling for the end of this purchase. To learn more about the No New Fighter Jets Coalition, visit their website. To voice your support for the open letter, sign on here.

At a time of numerous crises – social, economic, health and climate – the federal government should not be buying weapons of war. It’s time to invest in a green recovery, and create a sustainable future.