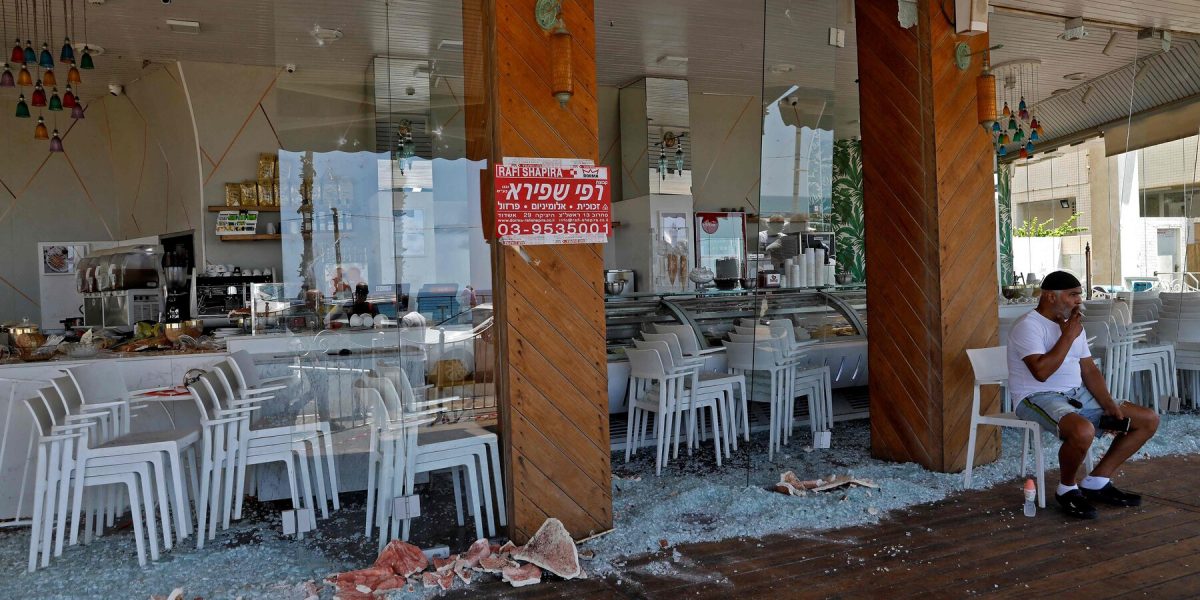 The idea of a Jewish homeland is one steeped in Jewish culture, tradition, and heritage. Hanukkah stories often explicitly invoke the idea of a Jewish homeland and Sukkot is a Jewish holiday celebrating the Jewish pilgrimage that “reaffirms faith in G-D, gratitude for the harvest and the Ingathering of Jews in their Homeland”. One of the most common defenses of Israel as a state, from zionists as well as much of mainstream media, is that Jews deserve somewhere to be free. This is true – but Israel is not that place.

We all yearn for freedom

Jews do deserve a place to be free, but so does everyone. We all deserve to be free and safe. Black, Indigenous, Asian, Latinx, queer people – and of course Arab people, and in this conversation specifically, Palestinian people – are all equally entitled to be free. When the political project becomes a society free for one group – not all people – then it inescapably means special treatment for one group, which is inherently unjust and constitutes an ethno-apartheid state.

The call for a place where Jews can be free is a powerful one that we stand behind. The goal should be to empower people and expand democracy to have a free equitable society.  But the capitalist world order is one with racism so deeply ingrained that it necessarily precludes meaningful freedom.

The creation of the state of Israel is a clear depiction of this. Racism is so ingrained in the liberal world order, that instead of Jews organizing for a free and fair society, zionists formed paramilitary forces and in 1948 disposessed over 750’000 Palestinian people, demolished half of Palestines villages and towns, and slaughtered thousands in an event called the Nakba (Arabic for catastrophe). Today, millions more Palestinian people have been disposessed and killed, and approximately 1 in 3 refugees globally are Palestinian. The formation of an apartheid settler-colonial state is, disgustingly and horrifically, viewed by many as the path of least resistance for a minority to try and free themselves.

Freedom in the state of Israel

Israeli prime minister Benjamin Netanyahu has long smeared African asylum seekers as ‘infiltrators’ and a ‘concrete threat to the Jewish and democratic character of the country,’ a position echoed from pretty much all corners of Israeli civil and political society, with politicians and pundits on both sides of the spectrum promising to save Israel from the ‘African menace’.

A non-Black Jew living anywhere in the world under Israeli law can move to the state of Israel and not only be granted automatic citizenship, but also have their flight covered and have immediate citizenship granted to their spouse (so long as their spouse isn’t Palestinian or from certain Arab countries). Conversely, Black African Jews are routinely denied any of these rights, as are Palestinian refugees.

For 73 years, the state of Israel has occupied, dispossessed, displaced, and killed Palestinians. Living under apartheid rule and segregation, the plight of the indigenous Palestinians precludes one of freedom. Even if we hypothesize a state that somehow truly enshrines freedom into law for Jewish people, it cannot be justified on any moral basis if it is at the expense of others.

Israeli forces have systematically seized land (both agriculture and otherwise); building barriers and fences since the beginning of occupation in order to separate Palestinians from their land. Palestinians are required to obtain work permits in order to access their own land and tend to their crops. A common problem faced is the seizure of these permits at the discretion of Israeli authorities. Palestinians have been reduced to accessing only three nautical miles from the shore, re-establishing the necessity for food aid. Any food export of Palestinians is extremely costly as a result of navigating Israeli checkpoints and roadblocks.

The Israeli government has made contemporary use of an Ottoman-era law stating if land is ‘insufficiently cultivated’ for at least three years, the land is considered to be ‘state land’. This allows for the confiscation of Palestinian land, and becomes a method of building more settlements and allowing for this cycle to continue.

Olive trees are an integral part of Palestinian culture, as well as economy. Beginning in 1967, Israeli forces have uprooted 2.5 million olive trees, and routinely spray pesticides and herbicides over Gazan territory. In Gaza, the agriculture of olive trees supports 100,000 families. It is estimated that this process has cost Palestinians over $55 million USD.

The West Bank barrier, a massive wall, cuts access to water sources for 95% of Palestinians; forcing them to rely on privatized water controlled and priced by Israeli authorities. In Gaza, 92% of water is non-potable, leaving 2 million Gazan in perpetual water shortage. This also has grave negative consequences for the agriculture sector in general.

The oppression of Palestinian people is the basis of and deeply ingrained into Israeli law – so it should be no surprise that only white presenting straight male Jews are afforded full rights in the state of Israel. If discrimination in any capacity is permitted for any group, then the door is open to extend that discrimination inwards. For the state of Israel the starting point is the oppression of Palestinians. But the settler-colonial logic extends inwards to Black Jews, queer Jews, and women. No just world includes bettering yourself or your people at the expense of others, not in the colonial states of Canada or the USA, not in the apartheid state of South Africa, not in the current apartheid state of Israel.

For those of us who are Jewish visiting their Bubbies and Zaydes, it is common to see pictures of family members that were lost in the Holocaust. The trauma that earlier generations of Jewish people experienced is hard to fully understand and contextualize. When at every holiday, Jewish people hear stories of freedom, stories of Jewish slavery and oppression, when our families have perished at the hands of Nazis and then as Canadians, we still face antisemitism here, the desire for a homeland is understandable.

Jewish people everywhere need and deserve a society free of oppression and hate. But the only way to have meaningful freedom is by organizing and building power here and the world over, in solidarity with all oppressed people, to ensure a society that is free for everyone. Zionism is antithetical to this and it is why it can never be defended.

By standing in solidarity with the Palestinian people Jewish people can begin to build a better world for Jews, Palestinians and all oppressed peoples.