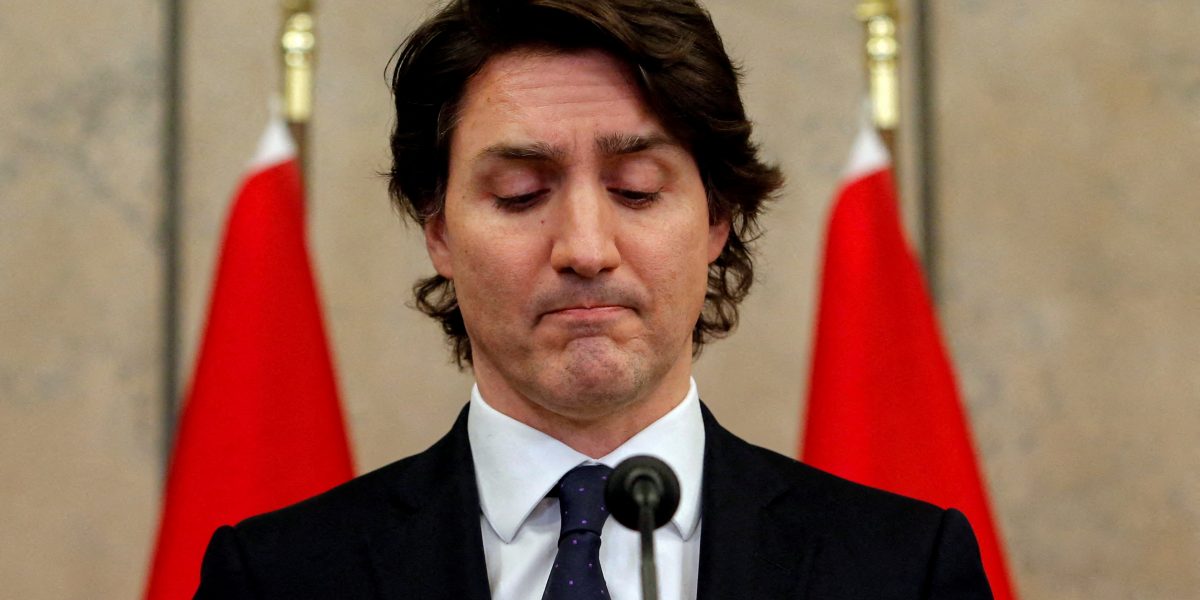 This article was originally published at Passage.

It didn’t take tens of thousands of deaths to do it. It didn’t take an uneven federal pandemic response. It didn’t even take the most depraved conditions of human suffering within institutions in multiple provinces. It didn’t take floods in Quebec, Alberta, or British Columbia, a heatwave in B.C., or the melting Arctic, either.

No. It took a few hundred occupiers in two locations to push Prime Minister Justin Trudeau to invoke the Emergencies Act, marking the first time it has ever been used. And in so doing, he hands the trucker convoy what they want: undisputed proof that the state is using its heaviest hand to break their movement. If they’re all cleared tomorrow, they’ll roll across the country to get back home, itching to use this decision to rally more supporters to their cause.

It must be said: use of the Emergencies Act isn’t necessary to deal with the convoys — city tow trucks and bylaw enforcement are enough. Even moving the camps off of major arteries and isolating them into adjacent parks or parking lots could have been an option. In Windsor, Ontario, police could have removed the border blockade minutes after it started. Instead, it lasted for six days.

We all know that any protest that challenged the legitimacy of the Canadian state wouldn’t have been allowed to bring in bouncy castles, or have children form symbolic chains to block off routes leading to border crossings. The convoys have been successful thanks to the help of police, who have met these protests with indifference and even support.

Canadians have given up a lot of our freedoms throughout this pandemic. We agreed to isolate ourselves to keep our communities healthy. Our movement has been limited. When testing was available, we lined up for tests. We followed the rules, and did our best to help limit the spread of COVID-19. Our actions were, and continue to be, necessary and effective. Many people missed weddings, birthdays, holidays, and the precious first and last moments of a loved one’s life. We made tremendous sacrifices so that our communities could be as protected as possible from COVID-19. Depending on our personal circumstances, disposition, and solidarity, we agreed to give up some of our civil liberties, even if begrudgingly, realizing that if we could break the chain of infection, we’d be able to rest well knowing that we weren’t causing others harm.

As we curbed our activities, governments did the absolute bare minimum to support us. The federal government could have invoked the Emergencies Act to create more hospitals, harmonize vaccine mandate protocols, or to collect better COVID-19 data so we could actually understand what was happening. It could have invoked the legislation when Alberta was running out of oxygen, when Ontario and Quebec were storing bodies in cold storage facilities, or when long-term care facilities looked like war zones.

They also could have sent us support when we needed to isolate, provided more paid time off work, and distributed free rapid tests. They could have helped us navigate this terribly difficult time with more mental health services. Instead, they told us that the power to stop this pandemic was in our hands, or could be injected into our arms — and that once we got vaccinated, it would be all over. This promise was a lie when it first started being made in November 2020, and it remains a lie today. Canada’s high vaccination rate is something that we should be proud of, and it has stopped tens of thousands more Canadians from dying, but it was never going to be enough to end the pandemic.

This lie also helped create the explosive, entitled anger that fuels the convoys, allowing organizers to mobilize a bigger-than-usual show of opposition to vaccines. And then, rather than not allowing this anger to take root, Ottawa police and the City of Ottawa looked the other way, shrugged, and said that there’s nothing they can do.

The only way out of this crisis is another collective attack on the civil liberties of Canadians? Are we actually supposed to believe this?

Prime Minister Pierre Trudeau’s 1970 use of the War Measures Act, the legislation that was the precursor to the Emergencies Act, was seen by some (ignoring internment and genocide) as the biggest ever attack on civil liberties in Canada, and resulted in 497 arrests. Since then, the number of arbitrary arrests carried out under Canadian law has accelerated, with about 1,100 at the 2010 G20 in Toronto, followed by more than 3,500 during the Quebec student strikes in 2012, and nearly 1,200 throughout 2021 at Fairy Creek, B.C. Police evidently have no problem carrying out mass arrests when it comes to left-wing protesters. And yet, for this convoy, not only have there been no mass arrests, but the federal government is also now going to engage in a massive and collective attack on our civil liberties to deal with these guys?

While it was clear that emergency powers could have saved lives if used to deal with the pandemic, invoking these powers to deal with protesters is an outrageous attack on our right to assemble, even if we absolutely oppose what the protest is about. And it’s especially grotesque when the crisis is entirely invented by: police hoping to parlay this crisis into even bigger budgets, Liberal politicians hoping that they can take the backlash to the convoy to the political bank, and premiers who are more than happy for the news of the day to play out in Trudeau’s backyard.