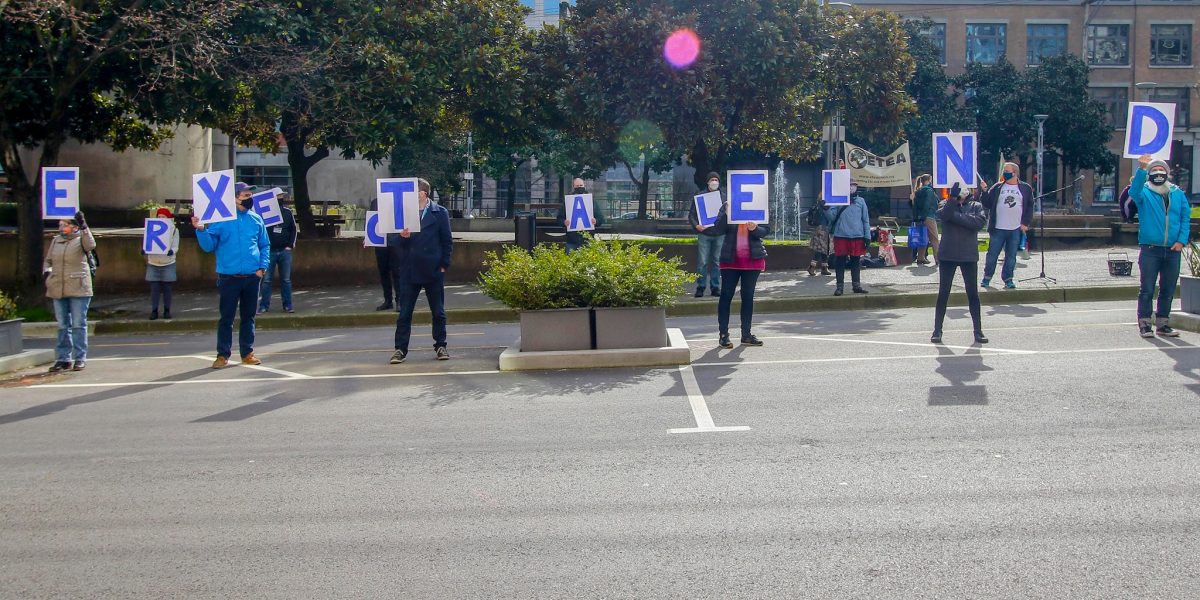 As the country begins to recover from a devastating pandemic, companies have used the chaos to attack unionized workers’ rights. By allowing the recall periods of laid-off workers to expire, companies can “rehire” them at far lower salaries and greatly reduced benefits, if at all.

International student tuition contributes massively to the Canadian economy, as there are no mandated limits on fees paid by foreign students at most public institutions. Universities and colleges (and even high schools) have come to increasingly rely on this tuition as their own funding has been cut by successive waves of provincial governments.

Meanwhile, an enormous private sector industry has emerged over the past several decades, notably in Vancouver and Toronto. The sector caters to international students taking language or career college courses, either as a means to eventual immigration, or for personal and professional reasons in their home countries.

The COVID-19 pandemic has devastated this sector, as the borders closed and many students went home. Outside universities and public colleges, very few of the thousands of teachers and staff in the industry are unionized. An exception for the past 25 years has been a handful of language schools in the Vancouver area, where the Education and Training Employees’ Association (ETEA) represents hundreds of teachers.

The industry they work in is extremely lucrative for school owners: The BC Federation of Students estimated in 2018 that international students bring in over $3 billion annually just in BC, making the sector one of the most important in the province. As ETEA President Kevin Drager explains, “A lot of people don’t realize it, but when they count international education as an export, it’s the third largest export in British Columbia, or it was before the pandemic.”

“And that’s not really looking at the additional spending that students do: going out to eat, other spending that they do, and just the general tourism dollars that’ll get spent as a result of the students being here as well.”

The private ESL industry had developed a “Wild West” reputation by 1995, when teachers at International Language Schools of Canada (ILSC) first organized, originally with the International Longshore and Warehouse Union. Over the next few years, a group of mostly volunteer organizers there helped bring teachers at other schools into the union, raising working conditions for everyone and helping professionalize the industry.

Teachers at ILSC (known as ETEA – 1 within the union; each bargaining unit is largely autonomous) remained the largest bargaining unit in the union, with some of the best-paid teachers and a long record of collective agreements with hard-fought benefits.

Teachers out of work or facing precarity

When the pandemic hit last year, the number of international students at private schools in the city plummeted almost overnight. Drager says “at least 80%” of ETEA members are now either not working or are in a precarious situation of intermittent work. He notes that most bargaining units were able to reach agreements with management to extend the normal recall period for laid-off teachers until normal business operations resumed. The schools would not lose money if teachers weren’t working, but would stand to benefit from the return of trained, qualified educators who were able to ride out the worst of the shutdown. This included teachers at ILSC’s school in Toronto, also unionized.

However, ILSC Vancouver refused to extend recall, potentially forcing dozens of experienced teachers into unemployment after the standard period expired, which began for many at the end of January. At first, management seemed to have decided to use the pandemic to try to wring more concessions out of the union. But when the union balked, the school held out extending recall rights as a carrot for bargaining before quickly snatching the offer back and unilaterally imposing changes to working conditions. It instead offered to “rehire” the teachers who lost their jobs as new hires, at greatly reduced salary and benefits.

Much like hotel workers in the province, teachers at ILSC therefore face grim circumstances. For one, they may be out of work just as most government subsidies are expiring. Or, they might be returning to the job they loved, in many cases having worked there for decades, at a fraction of the salary and benefits they enjoyed before. The struggle is common to thousands of workers in the broader hospitality industry, which overlaps significantly with the international education sector.  As Drager notes,

“I’m volunteering with Unite Here! Local 40, with the same fight for them and their workers. A bunch of them are in the exact same place. And for these hotel workers, you’re looking at a lot of inequality there, many of them women, people of colour, and immigrants. Anyone is affected where their work is [impacted] by international travel, or by closing the borders: tourism [and workers in] all sorts of sectors. Employers have this chance to do this kind of replacement where they can let these workers go and then bring them back at lower cost, and the only reason they can do it is because everyone had to hit pause.”

It would cost employers nothing

Unfortunately, an ostensibly labour-friendly government in Victoria has not decided to intervene on behalf of workers. Drager believes the government could make a huge difference:

“It’s fairly easy. In a situation like this, the government could just legislate an extension of recall rights. The very least that should be [done] is for recall lists to be put on pause, because without this pandemic employers wouldn’t be able to pull this little sneaky business… The government could tell the Labour Relations Board to just put a temporary stop: ‘Extend the recall rights for all workers.’”

While there is only one unionized ESL school that is taking advantage of the pandemic for its own benefit, the profiteering includes multiple employers across multiple industries. As Drager notes,

“It would cost employers nothing [to extend recall rights], because there’s no additional cost. [They’re taking] advantage of the pandemic [so] they can save money… I look at it as pandemic profiteering. It’s employers seeing a moment that they can take advantage of, and using this leverage for the best of their bottom lines and capitalist interest.”

The union has filed a complaint with the BC Labour Relations Board, but in the meantime has asked for public support against this obvious attempt at profiteering by ILSC management. Recently the union and supporters held a socially-distanced rally in front of an ILSC campus in Vancouver. Speakers called for management to do the right thing and restore recall rights. Teachers held signs spelling out “EXTEND RECALL” across the street from the classrooms. Speaking at the rally, Drager criticized ILSC management for its attack on workers: “Shame, ILSC! Do the right thing and extend recall for your workers here too!”

I asked him what people could do to help. “One thing we’d love people to do,” he told me, “is send ILSC an e-mail, or… message them through their Facebook page, however you can contact them, and just send them a simple message and say, ‘Do the right thing ILSC: Extend the recall rights for your Vancouver teachers.’”

“They’re on an island by themselves,” Drager says, “so e-mail them that they’re the only employer doing this. Anything that can make them feel like an island; that’s something that I think they should have to feel in this kind of moment, because if you’re going to do things like this in life, they should not be easy at all.”

To find out more about how you can help, you can reach the ILSC through “Friends of ILSC Vancouver Teachers” on Facebook: or Instagram, or sign the petition here. You can contact the union at eteafirstvp@gmail.com.