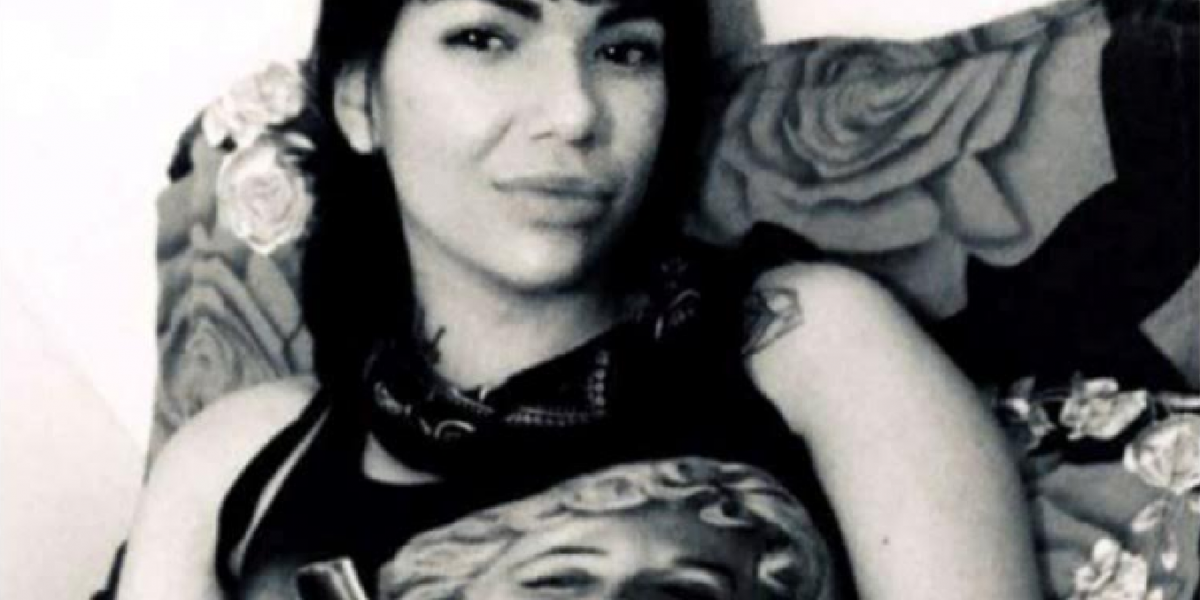 Binesi Ogichidaa is an outspoken advocate for Prison abolition and the rights of Indigenous Women. She is an organizer with Fund our Communities Defund the Police, which meets weekly outside Metro Toronto Police Headquarters. Binesi is a residential school survivor, a Sixties Scoop Survivor, and a human trafficking survivor. I interviewed her about her daughter who is still incarcerated in Saskatchewan, after two years without trial.

Anna: Where is your daughter, Sharise Sutherland-Kayseas?

Binesi:  Right now, my daughter is in Pine Grove Correctional for Women, out in Prince Albert, Saskatchewan. For two years plus. So, from Jan 9th 2020.

Has she been to trial?

No. She is still waiting on trial. She is currently charged with two first-degree murder charges.

Have they set a trial date?

Not yet. They are still working on the preliminary.

What is their excuse for keeping her these last two years without trial?

COVID. There was a pretrial hearing, but it had to be set back, because all of their evidence was inadmissible. (But) I know it is because she is Indigenous. She was also once part of a gang. The cards are stacked against every Indigenous person but especially against First Nation people behind bars.

One concern I’ve heard people express about being locked up for a long time without trial, is that it gives the prosecution time to work on other prisoners to cut shady deals. For instance, they might offer a reduced sentence to a prisoner, in exchange for a piece of testimony that the prosecution is looking for. Are you worried this might happen to your daughter?

One thing my daughter said on the phone to me was, “Mom, they are trying to pin this on me. I don’t want to be the next David Milgaard.” David Milgaard was wrongfully accused of raping and murdering a nurse in Saskatoon, Saskatchewan. He was later exonerated.

I first met you at a gathering outside Metro Toronto Police Headquarters. You delivered a speech about your daughter being in solitary confinement. You spoke about how she was on hunger strike to protest daily physical abuse by correctional guards of Indigenous women. It was like you were reporting to us directly from your daughter’s jail cell. How do you think Pine Grove Correctional feels about this?

They cut off phone calls between me and her. Sharise wrote to me in a letter saying they said it was because our conversations were gang related and we were talking about drugs. And I’m not going to deny it: yes we did talk about drugs, but it wasn’t about glorifying it or anything, it was about our addictions in the past. But I think it’s because I was her voice to talk about women in there who were abused by correctional authority figures. She was the voice of women who were being abused, and in turn, I was her voice.

We have to acknowledge that those behind concrete and iron walls are the same as everyone else: they too are human. They are the ones who have been caught or coerced for and into crimes learned through colonial wickedness.

SaskToday.ca did an interview with you, about Sharise’s hunger strike, and the physical abuse of women prisoners that you and Sharise have helped bring to light. Sharise and other women at Pine Grove have also endured the abuse of rules around solitary confinement. Would you tell us about that?

With the hunger strike I think she was in admin segregation. So what they did was they opened a segregation unit because they wanted to keep her down there but without getting into trouble. So they opened up what they said was “Admin Segregation”. It was still solitary confinement.

Do you know for how long they had her in there?

Do you think they did this to silence her about other abuses they were committing?

Yes, this is the reason they keep her in segregation. To silence her and to punish her for speaking out. It’s an oppressive tactic. They’re assimilating her as a First Nation woman, just like they did to me and to us in Indian Residential School.

Sign the petition for a fair trail for Sharise: https://www.change.org/p/fair-trial-for-sharise