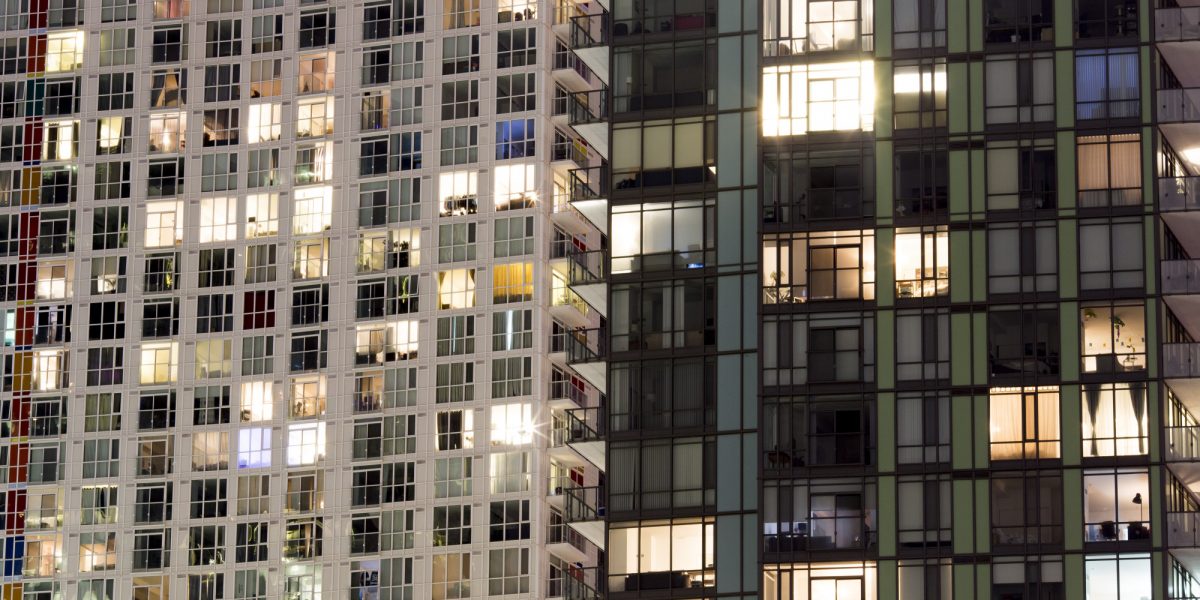 It is impossible to walk through Toronto in 2021 without being overwhelmed by the juxtaposition of garish mansions LARPing as British country homes and decrepit apartments renting for over $2,000 a month. The irrationality of housing under capitalism is not, however, a recent development. Already in 1937, the League for Social Reconstruction (LSR), the intellectual appendage of the Co-operative Commonwealth Federation (CCF, the precursor to Canada’s social democratic New Democratic Party), condemned the gross wastefulness of the urban landscapes that the capitalist class had constructed.

The LSR saw that the splendor and the squalor of capitalist housing were related. It argued that:

“An unrestrained system of profit-making enterprise is responsible not only for the arid wastes of city street and slum, rooming houses and “shack towns,” inadequate provision of open spaces, playgrounds, and community centers, but also for the vulgar ostentation or the mock-antique of many of our “high-class” residential districts, the crudities of our present civic architecture, the waste and graft of much of our public works development.”

In the over eighty years that have passed since the LSR made this statement, not much has changed.

The LSR has been widely recognized by historians for the vital role its ideas played in the formation of Canada’s welfare state. Its tracts continue to inspire left-wing activists and thinkers today. But its proposals for a new Canadian urban policy — melding a radical socialist understanding of political economy to the utopian modernism of the Progressive Era — have attracted little attention from contemporary leftists.

In the pages of their major policy manifesto Social Planning for Canada, as well as in their periodical Canadian Forum, members of the League put forward a remarkable vision of what Canadian cities could look like. Today’s left should turn to this vision for inspiration.

The LSR’s call for transforming cities asserted that we should treat housing as the public utility it is by recognizing that, like clean water and electricity, it is a necessity that people cannot do without. First and foremost, this meant pulling housing from the clutches of the market. Building on the momentum of Progressive Era reforms that gave Toronto a public electricity company in 1911 and a public transit system in 1921, the LSR demanded a total decommodification of housing in modern society.

For the LSR, the aim of public housing construction was to expand the idea of a “utility” to housing. It sought to force people to recognize that society had a responsibility to house all its members in the same way that it had a responsibility to maintain the public electricity and transportation infrastructure that kept it running.

The LSR was not merely interested in housing because it thought it was necessary for the continued functioning of society. It saw socialist urban planning as essential to revitalizing public life. Childcare facilities, libraries, parks, and more — built around communities of public housing — could be the basis of a “veritable renaissance of urban life.”

Urban development according to market logics guaranteed that cities would be divided along class lines. Socialist planning, however, would produce cities that were genuinely beautiful — driven by a reinvigorated sense of community and public participation. The vision of beauty the LSR had in mind was not the McMansions in which the rich silo themselves away from the working class, but the image of a bustling public pool on an excruciatingly hot day.

This utopian vision of beautiful urban living hinged upon an active expansion of the concept of “the public.” It envisaged the city — in its entirety — as something to be held in common and to be constructed collectively through democratic planning. It argued that privatized urban space produced nothing but decrepit working-class housing and ugly “luxury,” making the city deeply alienating and atomizing. The city that the free market had given birth to was, on the LSR’s view, a psychologically oppressive place to live.

An urban landscape produced by the public, for the public, could be genuinely invigorating. It could be filled with commonly held luxuries which would make the city a hub of communal experience. The idea was simple: A community centre is much more beautiful than a private gym; a park far more so than a golf course.

While advocating for robust public ownership and development in the late 1930s, the LSR could convincingly point to the successes of British council housing and Viennese Hofs as examples of the remarkable outcomes of state intervention in the housing market. The Roosevelt administration’s passage of the Wagner-Steagall Act (written by Catherine Bauer, whose writings on housing had been long admired by League members) left Canada as the only industrialized country without a public housing program. League member Frank Underhill described Canada’s housing situation as a “fiasco.”

Socialist and labor parties across Europe had successfully produced a new consensus around public housing in the 1920s and 1930s, driven by strong working-class activism. Canada badly needed a similar movement arguing for a transformation of the way that we think of housing.

The LSR recognized that the fight for public housing requires confronting the dominant ideology of homeownership. More than any other North American city in the 1920s and 1930s, Toronto was a city of owner-occupiers. Leftists seeking to decommodify housing thus had to force a reimagining of what urban living could look like.

Though the Left achieved success in shaping many aspects of Canada’s welfare state, it failed to effect any profound change in housing. In this area, Canada’s postwar policy remained firmly wedded to the idea of constructing a “property-owning democracy.” Incoherent in any era, the idea appears even more hopeless in the current hypercompetitive and out-of-control real estate market.

This ideal of property ownership for all is reflected in the Liberal Party’s National Housing Strategy, which seeks to confront Canada’s housing crisis with a ridiculous rent-to-own scheme and a temporary foreign ownership ban. The mass production of condos in contemporary Toronto rather than rental housing is a result of this same ideology.

The Liberals’ entrenched commitment to free-market housing policy is part of a long-standing tradition. Historical geographer Richard Harris has described Canada as “more American than the United States.” In making this observation, he was merely echoing the 1944 remarks of CCF Research Director P.A. Deacon, who called Canada’s approach to housing the “last stronghold of the ‘free enterprise’ theorists.” The New Democratic Party’s housing pitch in the most recent federal election, unfortunately, did little to upset this status quo. In their manifesto they argued that subsidized homeownership and rental supports should take priority over the expansion of public housing.

The LSR understood that combating the fetishization of homeownership would be crucial to building a just city. “It is said that there is a prejudice in this country against apartment houses, at least among wage earners,” the League wrote in Social Planning:

“But this objection is commonly found to be raised by workers who have not lived in a really modern block of flats — and who are often also the victims of a conspiracy between the real estate and speculative building interests to persuade the public that there is some remarkable virtue in home-ownership.”

To pursue housing justice today, the Left needs to be willing to make the ideological case against homeownership and for public housing. To make this case it is necessary for public housing in Canada to be truly beautiful — capable of enabling its residents to thrive.

In the face of infrastructure privatization, it is hard to conceptualize what it would look like to expand our public utilities. Many of the public utilities that inspired the LSR’s housing vision have since been privatized or are currently at risk of falling victim to social spending cuts. Nevertheless, the idea that housing can be produced and provided publicly, as transportation and power once were, is one that the Left today should get behind.

The LSR’s vision of urban utopianism, driven just as much by a commitment to modernism as socialism, is not wholly sufficient for building a truly democratic city. The arrogance of postwar modernism has been well documented — we need not substitute control by capital for control by technocratic fiat. But the aspirational goals of the interwar left — housing and a beautiful urban landscape for all – remain indispensable for contemporary socialists.

Furthermore, the decommodification of land remains the most effective means to enact these ideas. An emphasis on public space, public ownership, and public housing should form the foundation of a left urban policy for Canada today.

We can have beautiful cities, but only if we liberate land from the market. Democratic planning can produce that beauty. Municipal socialism can ensure that communities are built for people over profit and controlled by their residents rather than by real estate. We should embrace the LSR’s conviction that a democratically run city can furnish the conditions for a “veritable renaissance of urban life.”

This article was first published in Jacobin.