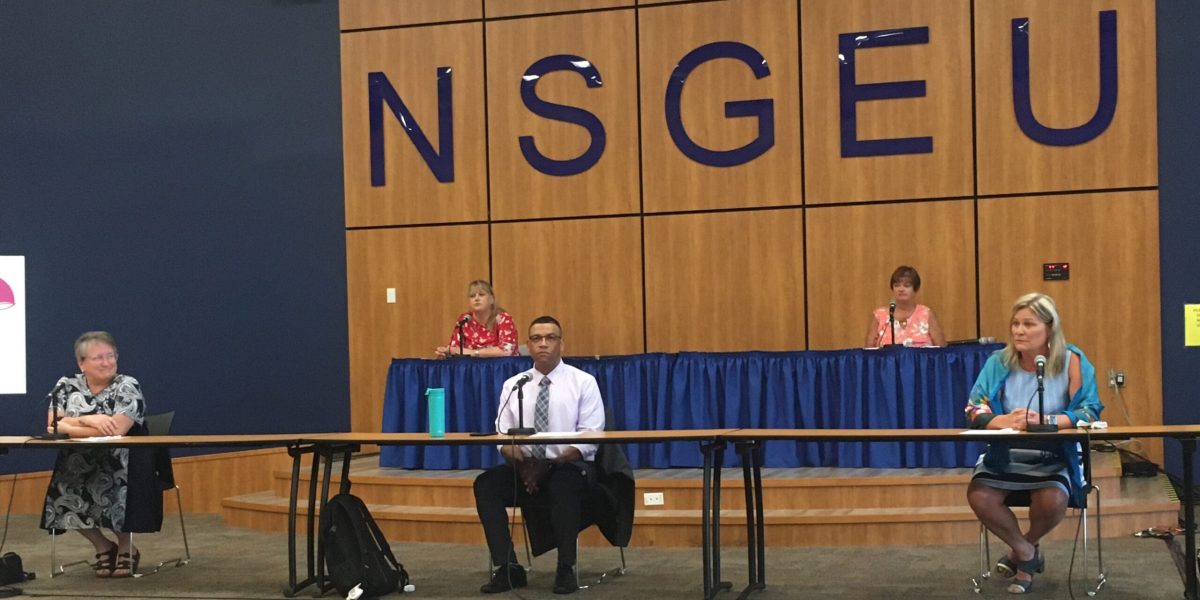 91 well-paying union jobs, many in rural Nova Scotia, will disappear when the Nova Scotia Health Authority farms out its health records management to US-owned Iron Mountain.

The 91 workers whose jobs will disappear currently work in Health Information Services, scanning and archiving medical records. They are members of the NSGEU and CUPE. Eighty-four of the workers affected are women, a press release issued by the two unions states.

CUPE Nova Scotia President Nan McFadgen is concerned how this will impact the already depressed economy in rural Nova Scotia, now stressed even further because of the pandemic.

51 CUPE members are seeing their jobs disappear. 14 of those are in New Glasgow, 17 in the Cape Breton Regional Municipality, 14 in New Glasgow, and others are throughout non-urban Nova Scotia, McFadgen says.

“There will be some jobs with Iron Mountain, but I don’t know anybody who lives in rural Nova Scotia making $22 an hour who’s going to pick up and move to the city, where there’s no affordable housing, no sensible childcare, and where the cost of living is through the roof,” says McFadgen.

“The collective agreement provides opportunities to move into other jobs, and some will take early retirement. But the bottom line is that this work is no longer in the rural communities,” McFadgen says.

“There is already so much anxiety among our health care workers, or ‘our heroes’ as McNeil likes to call them. This amounts to just further erosion of the public service as we have seen all along under the McNeil Liberals,” she says.

Nova Scotia Health disputes that decision has been made

McFadgen is not impressed.

“We stand by what we said. They told us the decision has been made. Now, is it possible that the Department of Health might circle back and change how they do things? Who would really know? But what I’m telling you is accurate,” says McFadgen.

A formal response by CUPE and the NSGEU raises doubts about the money Nova Scotia Health believes it will save.

It also asks why Nova Scotia Health chose to use alternative procurement and directly went to Iron Mountain, bypassing the regular tendering process, where companies put in their bid and the best one wins.

In this case the conditions for an alternative procurement aren’t met, the report argues, since there is at least one other company that could do the work, and the work being farmed out is very different from current services provided by Iron Mountain.

“Once you enter an agreement that requires you to rely upon only one vendor to maintain or deliver any future related services, you have become a captive market,” the report warns.

The report also suggests that entrusting personal health information with an American company is something that requires consultation with the public.

“Do we really want our medical records in the hands of a private American company? Why are we doing that,” McFadgen asks.

This article was first publish by the Nova Scotia Advocate