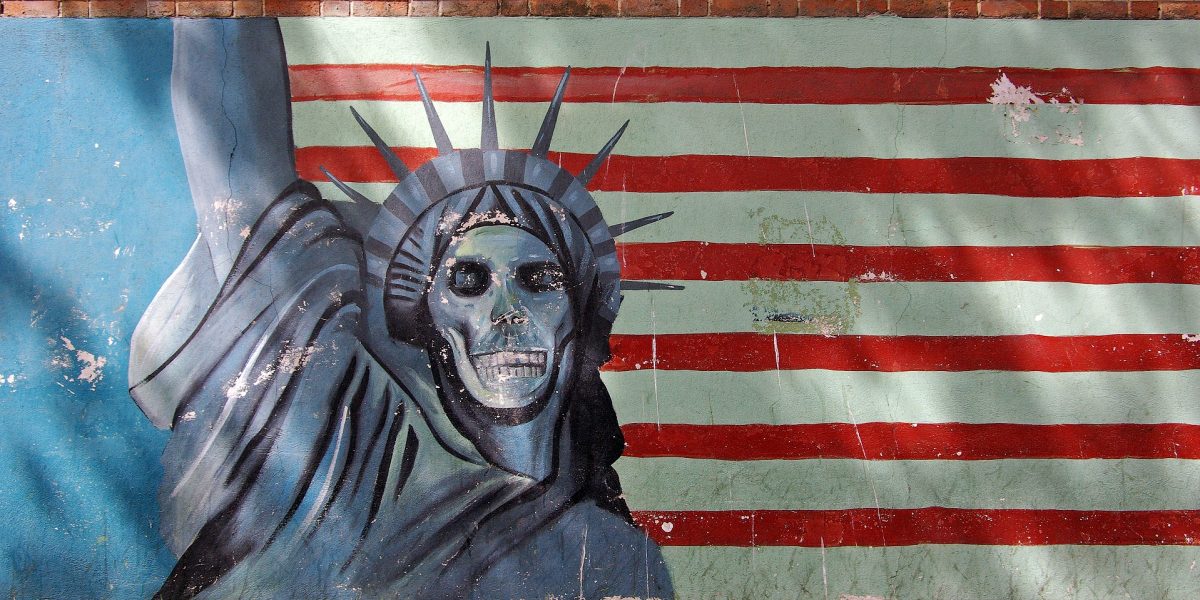 We are not in this together. The divisions that run through our society going into the COVID-19 crisis have only been heightened. Racialized workers are seeing higher rates of infections and deaths because they disproportionately work in low-paying frontline jobs. Women, racialized, migrant and low-wage workers have disproportionately been impacted by the closure of the economy through job losses and the loss of public services such as schools.

Just as the COVID-19 crisis exposes and deepens inequality at the national level, so too does the crisis play out on the international level. The virus, first confronted in China, has seen its deadliest form in Europe and the United States. The epicentre of the virus seems to be the richest nations on the planet. The United States with its irrational and shoddy public healthcare system has been unable to cope with the virus. But it would be a mistake to assume the damage wrought by the virus in other countries is not likewise overwhelming.

The obvious solution to a global pandemic is global solidarity, to open borders to people and to share resources. But this goes against the global system of imperialism. Key to understanding the mechanics of imperialism is to understand the interplay between corporations and the state. Powerful corporations require strong states exerting power to compete with other corporations in the world economy, while powerful states use their large corporations and banks as financial levers to exert power in geopolitical competition.

This tendency for the interests of national states and their large corporations to be fused on the international level was observed long ago by socialists like Nicola Bukharin. As he noted in 1915 this economic integration at the international level does not end the competition between differing national ruling classes but intensifies it: “the process of the internationalization of economic life can and does sharpen, to a high degree, the conflict of interests among the various “national”  groups of the bourgeoisie…. This calls forth a struggle of the economies against each other, a war of capitalist competition. The forms of this competition can be widely different.”

Lord of the flies: PPE edition

Death rates and infection rates in many countries are being severely underreported because of a lack of testing. For instance, Ecuador reported 503 deaths due to COVID-19 as of April 15. But a recent study of the country’s death registration data suggests there are 7,600 excess deaths between March 1 and April 15 in comparison to average years. That is 15 times more deaths than is officially reported. The official numbers do not match the true horror on the ground in places like Guayaquil where morgues are full and bodies are in the streets.

This reflects existing weaknesses of healthcare infrastructure and the inability of many countries to do mass testing. When the WHO advises countries to “test, test, test”, countries that don’t have material or capacity are in dire straits. International competition for the materials and equipment required for tests has meant that poorer nations have struggled to attain the means to do proper testing as richer nations like the United States are outspending them. Likewise acquiring PPE and ventilators has become a fierce competition, with poorer countries losing out. As a former U.S. official specializing in disaster response stated, “it’s ‘Lord of the Flies: PPE Edition. We need some global solidarity, and instead we have global competition.”

This scenario of underreporting due to lack of testing is being repeated around the world, in rich and poor countries alike. But the underreporting is masking the extent of the virus’ spread in the Global South. John Nkengasong, director of the Africa Centers for Disease Control and Prevention, stated that as of the end of April only 415,000 tests had been carried out on the entire continent, roughly 400 per million, much lower than in Europe. Since the start of the outbreak countries like Turkey, Brazil, Mexico, Russia, Indonesia have all seen the number of deaths jump compared to expected average deaths.

Iran was one of the first countries that had a severe COVID-19 outbreak. The reported number of cases and deaths due to COVID-19 are underreported. The outbreak of the virus was made worse by the severe sanctions placed on Iran by the United States and its allies, including Canada. The economic sanctions have made it very difficult for people in Iran to acquire much needed medical equipment and drugs to address its public health crisis.

The punitive and cruel sanctions have actually been tightened by Trump since the start of the pandemic. The Trump administration blocked Iran’s attempt to secure a $5 billion loan from the World Bank to combat the virus. Since the US unilaterally withdrew from the Joint Comprehensive Plan of Action with Iran it has pursued a policy of maximum pressure that has edged the region closer to a direct military conflict. The possibility of war has not lessened due to COVID-19: the United States government is willing to leverage the pandemic to further assert it will over Iran and the region, despite the humanitarian costs.

The pandemic is also exacerbating the pre-COVID economic tensions arising between China and the United States. The American ruling class is stoking ugly Sinophobia to deflect from its bungled response to the crisis. The blame China rhetoric emerging in the West opens the door to increased conflict between imperialist powers and a more fractured global economy.

As Walter Rodney noted, “Imperialism is essentially an economic phenomenon, and it does not necessarily lead to direct political control or colonization.” Imperialism cannot be reduced to direct military confrontation or colonialism, but rather it is a mix of two forms of competition: economic and geopolitical.

Imperial control over economic levers of the global system have placed the Global South at a severe disadvantage when it comes to addressing the economic implications of the pandemic.

The employment crisis due to COVID-19 in many emerging economies is dire. In India over 120 million people are estimated to have lost their job in the last 6 weeks. Conservatively the ILO says 6.7% of working hours globally have been wiped out. Workers in the informal sector – who account for 61% of the global workforce or 2 billion people – will need income support just to survive and feed their families if their jobs disappear.

Countries that have weaker public infrastructures will not only struggle to weather the immediate public health crisis, they will not have the fiscal and monetary tools to combat its horrific economic fallout. After centuries of being exploited and undeveloped by European and Western colonial powers, many poorer nations attained nominal political independence only to be subjected to decades of neoliberal structural adjustments and neo-colonial control. Public services were stripped bare by policies pushed by Western governments and local elites.

Added to the drop in remittances, nations that rely on selling natural resources to the global economy are in trouble. Prices for oil, natural gas and minerals have dropped as much of the global economy has shut down or drastically curbed. Even the slow reopening of the global economy is unlikely to dramatically reverse the fall in prices, which means countries that are dependent on selling commodities are facing financial ruin. As the World Bank noted, “commodity-dependent emerging markets and developing economies will be among the most vulnerable to the economic impacts of the pandemic.”

Over $62 billion was pulled out of emerging markets in the first quarter of 2020 as investors rushed to place their money in safer government backed assets in the global North. A similar dynamic developed during the financial crisis in 2008, except this time the outflows from the global South have already doubled the peak of the 2008 crisis. Meaning we are in the midst of one of the largest transfers of wealth from poorer nations to richer ones in decades.

To combat this, countries like Indonesia, Turkey and Columbia have started to direct their central banks to buy government bonds and other long-term securities to facilitate government fiscal spending in order to prop up their economies. The risks and limits of this strategy for developing countries is that their currencies will be devalued, making it harder to pay back their debts and access capital.

The debt of the 30 largest emerging markets increased to over $70 trillion, a rise of 168%, over the last decade. The ability of emerging economies to increase their debt levels is extremely limited, as they do not occupy a privileged position within the global financial system. The trends towards economic protectionism and closed borders, and even trade wars, that were present before the pandemic mean that emerging economies are at an even greater risk of a balance of payments crisis. The WTO estimates somewhere between a 13% to 30% drop in global trade this year. Just last month the IMF had to give Pakistan $1.3 billion USD in emergency financial assistance to deal with its impending balance of payments crisis.

The main enemy is at home

The economic and public health aspects of the COVID-19 crisis are playing out on a world stage riven with gross power imbalances within and among nations. Large corporations, financial institutions and powerful states are all looking to use the crisis to further assert their control and dominance over resources and capital across the world. Decreases in remittances, falling incomes, decreased trade, lower commodity prices, capital flight and the spectre of rising inflation spell real trouble for many nations across the globe. Without privileged access to financial markets, emerging economies are facing massive challenges in the wake of COVID-19.

But It won’t be local elites who will suffer the consequences of high unemployment and attacks on public services, it will be workers around the world. This is why the working class in Canada and in the global North must have an international perspective. The same governments and corporations that will try to make us pay for the crisis and that are endlessly attacking Indigenous sovereignty at “home” are themselves pursuing an imperialist agenda that ensures profits and dominance abroad. Imperialism is part and parcel of global capitalism, reinforcing racism and dividing the working class along national lines.

We’re told we need to unite in a “war on coronavirus” that includes border closures and trade wars. But Trudeau’s xenophobic border control diverted resources away from providing basic PPE to long-term care workers, and Trump’s bloated military budget diverts resources from providing Medicare for all. As Karl Leibknecht said during WWI, “the main enemy is at home.” For workers in imperial countries like Canada, the solution to a global pandemic is global solidarity and unity in opposition to our governments and the corporations that are part of a system inflicting imperial pain on workers across the world.