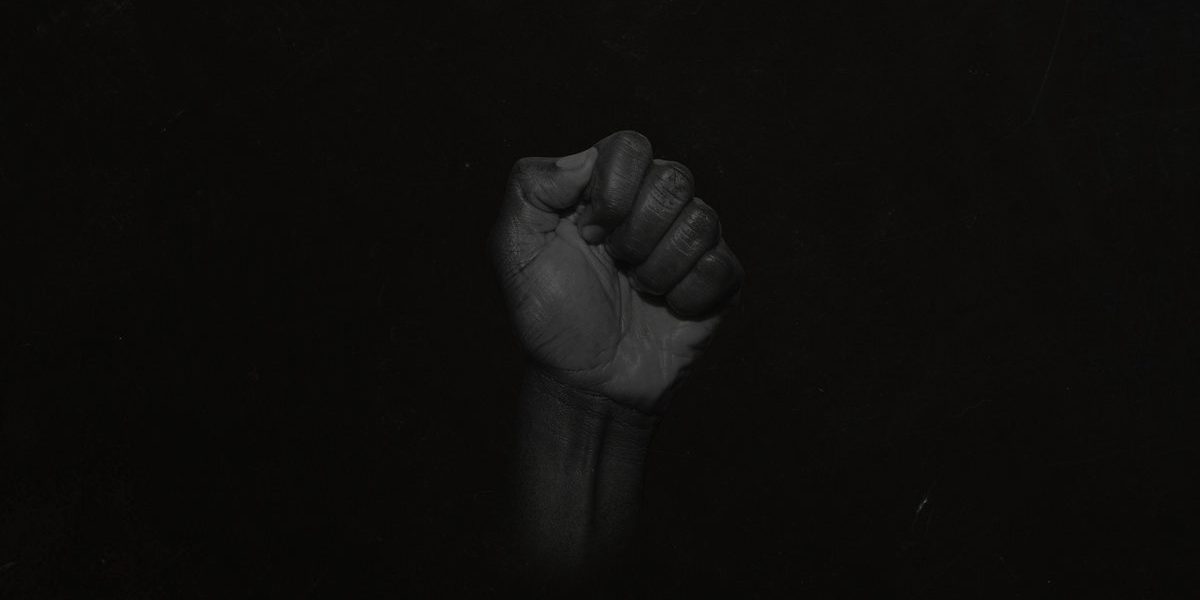 SAULT’s latest album, Untitled (Black is), is the soundtrack to the movements in 2020. The album is a journey through police brutality, racism, strength, and black identity. In cities and towns all over the world, we have seen a global resurgence of Black Lives Matter and movements for racial justice. It’s amazing to think that arguments for defunding and abolishing the police as well as fighting systemic injustice are being discussed and shared on massive platforms.

There have been a number of profound victories that have been won by these movements, and it’s musicians like SAULT that are putting this energy and excitement into art. The album is a really unique mix of neo-soul, pop, spoken word, and sound collage. The UK-based group prefaced the album Online by stating “We present our first ‘Untitled’ album to mark a moment in time where we as Black People, and of Black Origin are fighting for our lives. RIP George Floyd and all those who have suffered from police brutality and systemic racism. Change is happening… We are focused. SAULT x”

It’s really hard to put into better words how much this album feels like a journey. Calling it a concept album just makes me think of the bloated progrock albums of the 70s, and journey just seems too vague. Maybe something of a time capsule?

But it’s a lived experience and something we’re all still connecting and involved with. I guess then I can only really say that SAULT has created a true masterpiece. Something that takes historical truths, the beating heart of all those fighting for change, and sets it to beats and melodies that are romantically militant. I think the best way to categorize this album is to quote poet Amiri Bakara when he called “We want poems that kill… Poems that wrestle cops into alleys and take their weapons leaving them dead.” (Black is) is this poem.

The opening track gives you just a glimpse of what you’re in for. “The revolution has come (Out the lies) / Still won’t put down the gun (Out the lies).” Slowly, a steady synth fills up the space in a way that fills arenas. The album’s mantra is then delivered, almost as a narrative device to center the upcoming experience. “Black is safety / Black is benevolence / Black is a lifeboat after an SOS… Black is so warm and so pure / And when everything else fails / Black endures. “The next batch of tracks are both smooth and murky. The lyrical details of resilience and defiance in the face of racism and police brutality are somehow translated sonically into music that moves you. Lyrics like “It’s a hard life, threatened by our freedom / Be on your way / Things are gonna change,” perfectly capture the spirit of Black Lives Matter.

“Wildfires” serves as the album’s defacto single. The track could be directed at Derek Chauvin, the officer who murdered George Floyd, though it speaks more broadly to police violence by comparing it to the chaos of wildfires. “But we will never show fear / Even in my eyes / I will always rise / In wildfires.” The album continues with tracks quoting Malcolm X’s “God’s Judgement of White America” speech, tracks calling out injustice while finding strength in black identity, and tracks that speak to the black pan-diaspora.

The track that perhaps best gives a voice to this view is “Bow,” featuring singer-songwriter Michael Kiwanuka. The track is perhaps one of the more musically upbeat tunes on the album, “Bow” opens up with a steady bassline and continually grows larger and larger as the song continues. Group chanting with lyrics like “Answer to Kenya / Check in with Uganda / Remember Rwanda / I see Tanzania / From Verde to Ghana / Take care of Somalia / Free Sudan,” this is one of the tracks on the album that carries itself as a party anthem in both word and sound.

And honestly I could go on for each track on here. They all feel important. Each track gives musical life to so many important debates and discussions and actions we are seeing today. “Only Synth in Church” sounds like something Prince wrote in his more introspective work, “Us” is another thesis-focused spoken piece, and on and on.

The album sprawls over 20 tracks, but each one is a masterpiece. It’s not hyperbole to say that this is the most important album of 2020, and the debate could certainly be made for the 21st-century. Despite little being known of the group, aside from a few connections to other UK acts, they have created an artwork that is both universal and speaks to each of us on an individual level. They’ve created music from and for a movement. (Black is) strengthens our resolve to fight against racism, police brutality, and to end all forms of oppression.