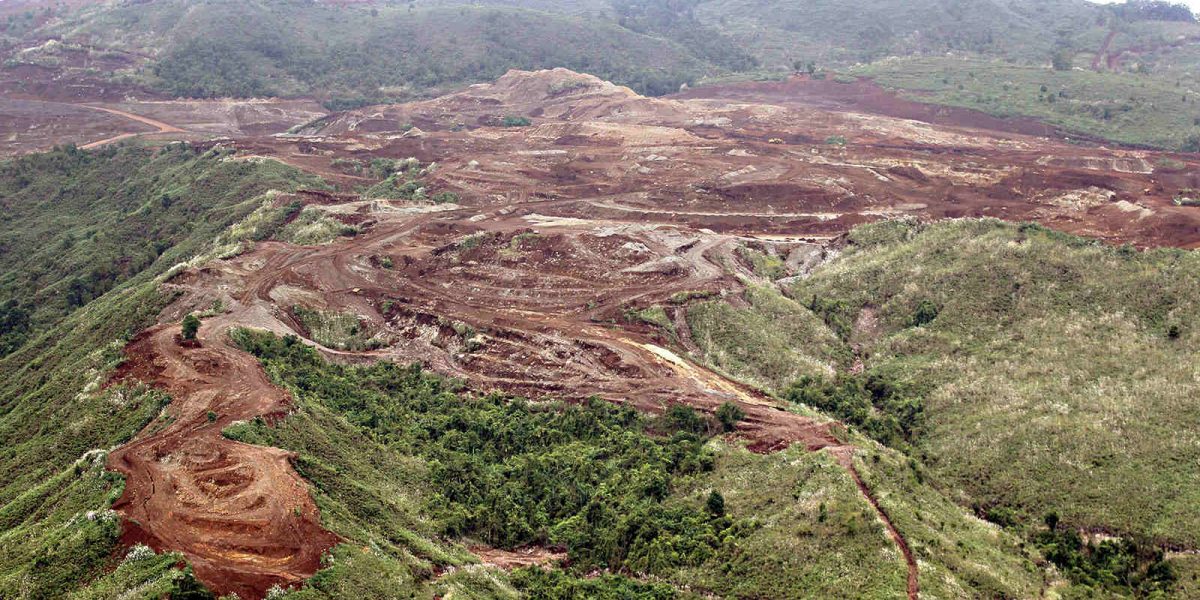 Earlier in April the Toronto chapter of the International Coalition for Human Rights in the Philippines (ICHRP) was re-launched with an online event featuring music of resistance, eyewitness accounts and research about human rights abuses in the Philippines.

Canadian mining companies, aided by the Canadian government, have long colluded with the vicious human rights abuses of the Philippine government.

Long-time activist Chandu Claver spoke at the April 12 ICHRP event. He is an Indigenous Igorot of the Cordillera mountains in the Philippines. Claver spent years working to develop people’s health services in areas neglected by the Philippine government. For his activism and political leadership resisting development aggression projects in the Cordilleras, he was targeted by the Philippine state. He now lives in Vancouver, BC, after he was forced to flee from a violent state ambush in 2006 that killed his wife and injured his daughter. He said mining extraction has been happening in the Philippines for centuries, all at the behest of the government and the corporations. He noted “The Philippines Mining Act of 1995 opens up the whole Philippines mining industry to the fullest level of control by investing foreign companies. With the full force of the government behind them, companies feel that they can do whatever they want.”

That is why the fight for an end to mining companies’ practices and associated human rights abuses is intertwined with the fight for the people to control their destiny. This is the same struggle we see on Turtle Island as Indigenous peoples fight to stop unchecked development and resource extraction on their territories. As Claver explained, “Like the natives of Turtle Island as well as other Indigenous peoples all over the world the culture, economic life, and links to our ancestors are all found in the land. Land to us therefore is life. We understand that if we lose the land, we will die as a people.”

Spring Magazine spoke with two of the ICHRP event organizers – Ryan Greenlaw and Angela Asuncion – about the human rights abuses and mining industry in the Philippines, Canada’s role and the ICHRP.

What has been the recent history of human rights abuses in the Philippines?

Greenlaw: Under Duterte, elected in 2016, the human rights situation has been worsening. There has been an increase in suppressive counter-insurgency, including killings, harassment and “red-tagging” of activists.

Asuncion: In the context of the decades-long civil war in the Philippines, red-tagging is the Philippine state’s tactic of labeling unarmed civilian activists as members of the armed struggle. It is used to target any critics of the government, including Indigenous land defenders, environmental activists, and human rights defenders. These progressive forces are in constant danger because of public accusations made by the state that result in attacks and assassinations.

Cases of red-tagging and other human rights violations have become exacerbated during the pandemic. As an instrument for silencing dissent, the passage of the June 2020 Anti-Terrorism Act made it legal for the Philippine government to imprison, detain and investigate any individual that they think is a communist sympathizer. This gives the Philippine state the power to imprison activists and other progressive individuals without investigation, ultimately infringing on freedom of speech and expression, the freedom of the press, and freedom of assembly. This has led to an even greater increase in the number of political prisoners under Duterte, which is currently over 600.

Greenlaw: Global Witness in 2020 said the Philippines was the second deadliest place in the world to be a land defender, especially in mining regions. Also in 2020 the UN High Commission on Human Rights produced a report on human rights in the Philippines that documented more than two hundred murders of human rights defenders, journalists and trade unionists between 2015 and 2019.

Greenlaw: ICHRP is the result of decades of solidarity work for the Philippines, including a global campaign called ‘Stop the Killings’. ICHRP formed in 2011 to continue this work, and since then, regional chapters have developed across the world. The coalition currently has member organizations in Canada, US, Europe and the Asia Pacific Region.

We are a global coalition of labour, church, grass-roots solidarity organizations and more from around the world, united by concerns regarding the human rights situation in the Philippines. We also take political action for just and lasting peace in the Philippines by raising public consciousness through education, raising political and practical support, and advocacy with the government of Canada or international bodies like the UN Human Rights Council.

What are the key demands we should be making?

Greenlaw: As an organization, our demands and objectives evolve according to the socio-political situation and environment in the Philippines. However, our ultimate demand is for human rights to be upheld in the Philippines, where local and Indigenous communities possess agency and self-determination over their lands and livelihoods.

Right now, ICHRP is actively campaigning around some particular issues pertaining to the human rights situation in the Philippines:

What has been the Canadian response to date?

Asuncion: Canada possesses the world’s leading mining industry and therefore the Canadian government holds so much power about how mining is regulated across the world. The Canadian government needs to implement strong, binding regulatory mechanisms to ensure that corporate accountability is upheld within Canadian mining operations abroad. To date, Canada does not possess any legal instruments which uphold corporate accountability, thus the government remains complicit to the human rights abuses occurring under their operations extraterritorially.

Greenlaw: One of our demands was met in 2018. ICHRP campaigned against an agreement between the Philippine and Canadian governments, through which Canada would sell helicopters costing $233 million to the Philippines. Duterte has increased aerial surveillance and bombing on unarmed communities in Mindanao, and it is possible that these helicopters would have been used for this purpose. ICHRP successfully lobbied the Canadian government to cancel this equipment agreement in 2018.

Who are your main allies in this work?

How can our readers learn more about you and/or get involved?

Greenlaw: We’re always looking to expand our work, and have new volunteers or member organizations join ICHRP! You can contact us directly or ask to subscribe to our newsletter by emailing us at ichrptoronto@gmail.com. You can also follow us on Facebook or send us a message there.

ICHRP-Toronto meets monthly to coordinate our campaigns among members, and stay up to date on the human rights situation in the Philippines. If you’re interested in getting involved, or just want to find out more about our work, our next public meeting will take place this Friday, April 30 at 6pm EST. You can find more information on our Facebook page, or register for the meeting here: https://us02web.zoom.us/meeting/register/tZUvc-mrrD8iGtLJV3GXyt-8GOBvwpJuVMam

There are also opportunities to get involved with the broader movement for human rights in the Philippines. Investigate PH is a global independent investigation into the human rights situation in the Philippines, which aims to hold governments accountable and provide justice to victims of human rights abuse. The findings from the initiative will be sent to relevant United Nations bodies and the International Criminal Court in 2021.  To find out more and learn how to volunteer check out: