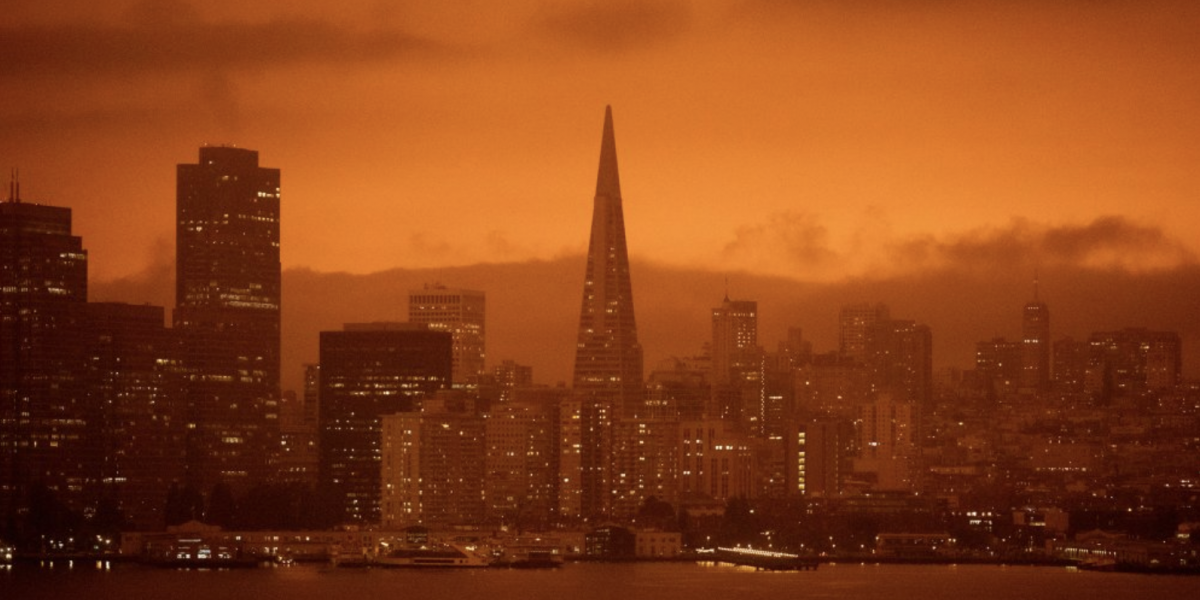 Stolen: How to save the world from financialisation by Grace Blakeley (Reapter, 2019)

In Stolen Grace Blakeley tries to both diagnose and explain the problems with the current global economic system while also presenting a positive vision for an alternative. Rooting her analysis in marxism, Blakeley insists that ” it is not as though capitalism has been taken over by finance. Instead every aspect of economic activity has been suddenly and sometimes dramatically transformed by the rising importance of finance in the economy as a whole.”

While focused on the UK, The book is applicable to all advanced capitalist countries. Whereas London was once the workshop of the world, it has turned to financial speculation as economies across the richer world have been “financialized” meaning the “increasing role of financial motives, financial markets, financial actors and financial institutions in the operation of the domestic and international economies.” Many of these hallmarks of financialization became well known during the 2008 financial crisis, but their roots start much earlier.

Blakeley contends that financialization represents a structural change in how the economy works from consumers to business to the state. Blakeley’s book sketches a portrait of capitalism as a system moving from crisis to crisis, with political challenges thrown up at each one as to how the system will continue. She identifies the post-World War Two period as point at which the system, for a brief period, seemed to be working; employment was high, workers were in unions and enjoyed collective bargaining power and a Labour government implemented reforms that made working class life better for many.

Similar to the story in the US, labour became satisfied with this arrangement and was unprepared for the clash that would come in the 1970s. The social democratic model of growth that the post war boom relied on, using profits and taxation to pay for programs to improve working class life, came into conflict with the acute crisis of profitability the global capitalist system faced in the 1970s.

Workers fought for their share but so did bosses. Firms used capital flight to threaten workers and huge strikes brought down the Conservative government. But this also forced a political crisis for social democracy for which it did not have an answer.

The growth of financialization

Winning the Conservative leadership race in 1975 was Margaret Thatcher, a woman who would become a driving force of what would come to be known as neoliberalism. Thatcher set out to win hearts and minds to a vision of “freedom” through reduced taxes, an end to capital controls and attacks on unions.  She ran and won on taking on the unions, shrinking the state and making everyone a homeowner. She portrayed unions as “scroungers”, who were holding the country hostage and she weaponized the contradictions faced by a Labour Party in power. She used the crisis of profitability in the system to create an alliance between middle income earners and the burgeoning international capitalist class in London. Financialization was a weapon in this war.

Thatcher’s backers convinced her that the free market needed a strong state to defend it. Hence, Thatcher went to work breaking the power of the unions to allow the city of London and finance capital to pursue maximum shareholder value. Blakeley notes, “she secured the support of middle-earners by turning them into mini-capitalists through extension of property ownership and the privatisation of their pension funds. In doing so, she transformed British politics and unleashed a new growth model that lasted over thirty-five years, before collapsing in the biggest financial crisis since 1929.”

What followed was a period of deregulation and a transformation of economies around the world that paved the way for the rapid growth in the size, profitability and political power of the financial sector. These new financial practices involved more speculative approaches to creating and trading financial assets. In the United States this was epitomized by the repeal of Glass-Steagall, a law that prohibited banks that received deposits from acting as an investment bank.

Pension and hedge funds were free to take over corporations and restructure organizations for the sole purpose of maximum shareholder value. This put an added emphasis on short-term profits over long-term stability and further turned the economy away from use-values (production of products for sale to consumers) to simply exchange values (the value of products determined solely by its exchange equivalent based off of others on the market).

As Blakeley notes, “the increasing power of investors and the emergence of an ideology to support this power has led to the financialisation of non-financial corporations: businesses are increasingly being used as piggy banks for rich shareholders.” She even quotes the Economist arguing that shareholder value has become, “a license for bad conduct, including skimping on investment, exorbitant pay, high leverage, silly takeovers, accounting shenanigans and a craze for share buy-backs.” All the excesses, scandals and outrages that have become all too common for those paying attention recently. Companies for the last several decades have been investing less and taking out more debt, while reducing workers pay and making working conditions harder.

The restructuring of the economy in the 1980s benefitted those with the most power. The monopoly ownership of financial assets, means those with the power can charge economic rents, acting as a drain on the productive economy. Anyone watching real estate can see this as more and more money is poured into real estate speculation while investment in jobs, infrastructure, innovation, and productive technology languishes. As the share of income, via wages and pensions, going to workers decrease, the household becomes further financialized. The attack on unions, pensions, public services and infrastructures means that personal debt has grown since the 1970s as well. Cheaper credit has come to supplement living standards as working conditions and workers’ share of national income shrank.

Blakeley does a tremendous job summarizing and providing a narrative for these changes, putting them in context. The logic of pursuing maximum shareholder value proceeds directly from the sole purpose of a business, which is to maximize profit. In this way, Blakeley makes it clear that financialization is not some aberration of capitalism, but flows from its very logic.

While there have been a multitude of books detailing the problems with the financialization of the economy, Blakeley boldly offers an alternative with some tangible goals she believes could be part of a popular alternative program to the system as it is.

To her credit as a Marxist, she does not offer these alternatives as prescriptive technocratic fix-all solutions, but clearly envisions them as a method to mobilize, organize and transform masses of people to win them. Blakeley identifies: “rising debt levels, falling wages and productivity, and impending environmental collapse all present socialists with strategic opportunities for intervention. And the best way to tackle all these issues is to strike at the heart of the system that has created them, by taking on finance capital itself.” She goes on to argue for a series of measures to “socialise finance,” detailing a series of reforms to place the financial system under collective ownership and democratic control, with the aim of “transcending capitalism altogether.”

I won’t give away every detail of her plan, but it is clear that she has engaged with the history of arguments on the socialist left over reform vs revolution, anticipating the vicious reprisal of capital and hoping to avoid the most acute attacks by mobilizing popular support to build alternative institutions that can become more attractive in the long-run to the financial institutions that have run roughshod over the economy and workers’ lives.

Blakeley proposes learning from Thatcherism, “developing a strategy for political contestation at three levels: the level of narrative, of electoral politics, and of social forces…socialists must [also] take on the banks the way Thatcher took on the unions.” She proposes a top-down and bottom-up political strategy, involving social movements and the labour movement promoting and challenging an electoral project that can represent and be accountable to these social forces. “A strong ecology of organizations can provide the political pressure to ensure that parties retain their insurgent character when in government. Social movements that can operate within and against political parties are needed to build political parties that can operate within and against the state.”

This “ecology of organizations” can develop a set of policies that “challenge the power of private finance and promote public alternatives in its place.” Having set out the political forces necessary to implement reforms, Blakeley then outlines changes she believes that are possible to win and can transform the state including: regulations to curb systemic risk in the financial system, such as capital requirements, taxation on financial transactions, postal banking, debt refinancing, through public banks, massive investments in public housing, a national investment bank and Green New Deal, and the creation of a democratically-owned and run “People’s asset manager” tasked with using a Citizen’s Wealth Fund to carry out the objectives of a Green New Deal and other publicly good objectives. These reforms would all be done with a mind to internationalism, looking to find alliances with like-minded countries and challenging the finance-capital of the US and elsewhere.

While there may be quibbles about the feasibility of “transcending capitalism altogether” through reforms to the banking system or disagreements about the likelihood of the popularity of campaigning on these reforms, it is clear that Blakeley has provided us some very worthwhile goals for alternatives to capitalist finance. It is necessary for us to be armed with alternative ideas to the economic system on offer, as shrugging off the question of an alternative by saying “the workers will decide in a revolutionary situation” feels very insufficient.

We should all be grateful that Grace Blakeley has given us a powerful framework for thinking about what a socialist transition could look like. We should also be grateful that she has put so much emphasis on the agency of workers and social movements in making any kind of political transformation possible. These are a powerful set of ideas upon which we can build unity, develop and test strategies in struggle that help us advance a struggle to rid the world of capitalism. Stolen is a valuable contribution for those thinking about how to move beyond capitalism and what an alternative economics could look like.