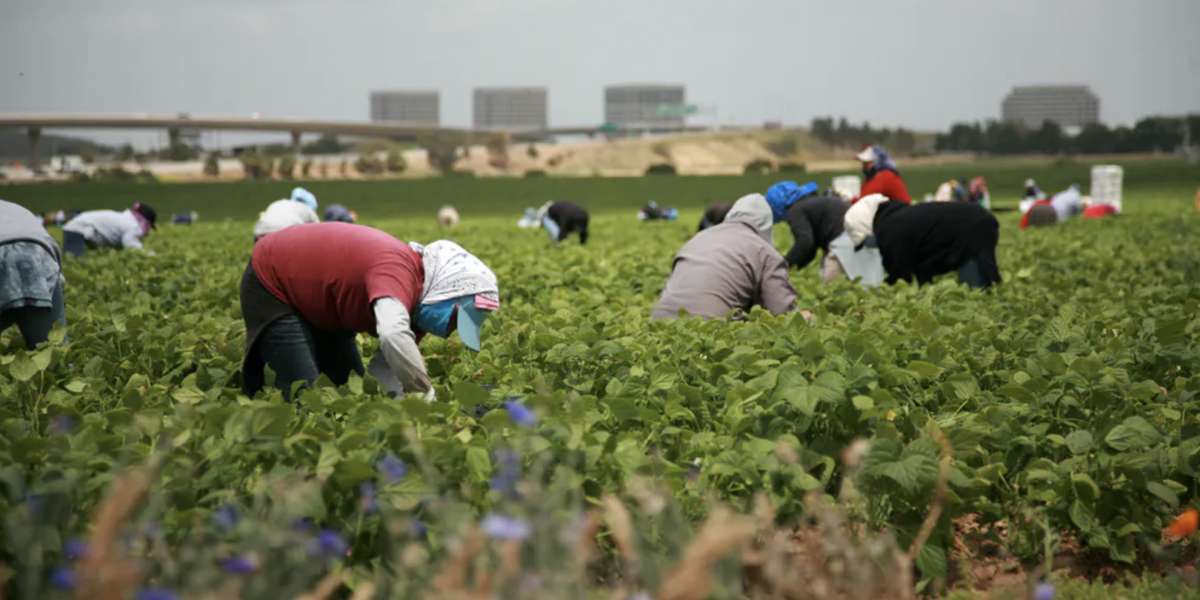 The Migrant Workers Alliance for Change just released its report of complaints on behalf of over a thousand migrant workers and their organizations. The report, “Unheeded Warnings: COVID-19 and Migrant Workers in Canada” documents the warnings that were unheeded by federal and provincial authorities and consulates in advance of the recent COVID-19 outbreaks, which have led to two workers’ deaths and at least two in Intensive care.

This shocking report provides a snapshot of the abuses faced by migrant farmworkers, including stolen wages during quarantine, being forced to work while awaiting COVID-19 test results, racist threats, decrepit housing and inhumane treatment. The report situates these abuses in a long history of prior warnings made by migrant workers about the unfairness of Canada’s temporary immigration and labour laws.

The report includes 17 recommendations made by migrant workers, the most important being permanent resident status for all, but also including: access to federal immigrant support services; a permanent wage increase; national work housing standards; inclusion in provincial labour standards; proactive inspections with real penalties for employers found in violation; during COVID, full distancing measures and provision of PPE; and, where outbreaks occur, work has to stop until safety for all workers is guaranteed.

“We need permanent status so we can leave bad jobs”

Part of the media conference included Edgar, a worker at Scotlynn Farms, where the largest COVID outbreak has been occurring. Edgar was the first worker to speak out. He is from Mexico City and his presentation in Spanish was translated into English. He reported that on May 20 some workers had COVID symptoms but the boss still sent them to work. Edgar recounted the horrors of the outbreak:

“We told a supervisor one person was sick but nothing was done. All the boss did was to replace the missing worker but no one checked on the sick worker himself. By May 27 another worker was ill and we didn’t know what to do so we called someone off the farm to call an ambulance. It was not the employer who helped. May 28 was the last day of work then on May 29 doctors came and tested some of us. One supervisor told us if we wanted to go to the hospital that would be our responsibility, not the boss’s or government’s. If we get killed it is not their responsibility. On May 30 another manager replaced the old one who was ill and the new manager said we shouldn’t speak for others. He is not interested in our well-being but only the work we could do for him. Our housing is in poor conditions, with 12 workers in one room and 45 share a bathroom with 8 toilets. We have no internet and we were told it was a luxury. If bosses pay other Canadians $25/hr, why don’t they pay us the same? We have that right. We are very dissatisfied and deserve to be treated with respect, decent housing and access to the same services. We need permanent status so we can leave bad jobs.”

He continued, “I get paid $14 an hour and every two weeks, I get deducted $14 for rent. I have three daughters in Mexico and have to pay for their schooling. My parents also rely on my income. It’s hard to find work in Mexico and that’s why I’m working here.”

Advocates from Migrant Workers Alliance for Change operate a hotline for farmworkers and hear of deplorable conditions:

“We hear of filthy bunkhouses and no clean bedding. Several workers had to clean their house for several hours before they could go to sleep. Some bosses provide no cleaning supplies so workers had to buy them. They are not getting PPE. There is particular mistreatment of black Caribbean workers; one told us ‘we get used like slaves.’ Bosses are now using the threat of police as their private service to control workers. Problems have been exacerbated during COVID, with Black workers getting racial slurs and watched by private security. Workers get no credit for phone or other essential supplies. There are fewer workers in the country so the level of exploitation is even higher, e.g. 63 hrs/week of work, and no rest unless it’s raining. ‘We’re treated like machines, if we don’t meet the quota we are sent back to the bunkhouse without pay’.”

Please join the national day of action on June 14 for an all-day, online rally with many farmworkers and undocumented workers speaking out. Go to migrantrights.ca to register, participate and show your support!