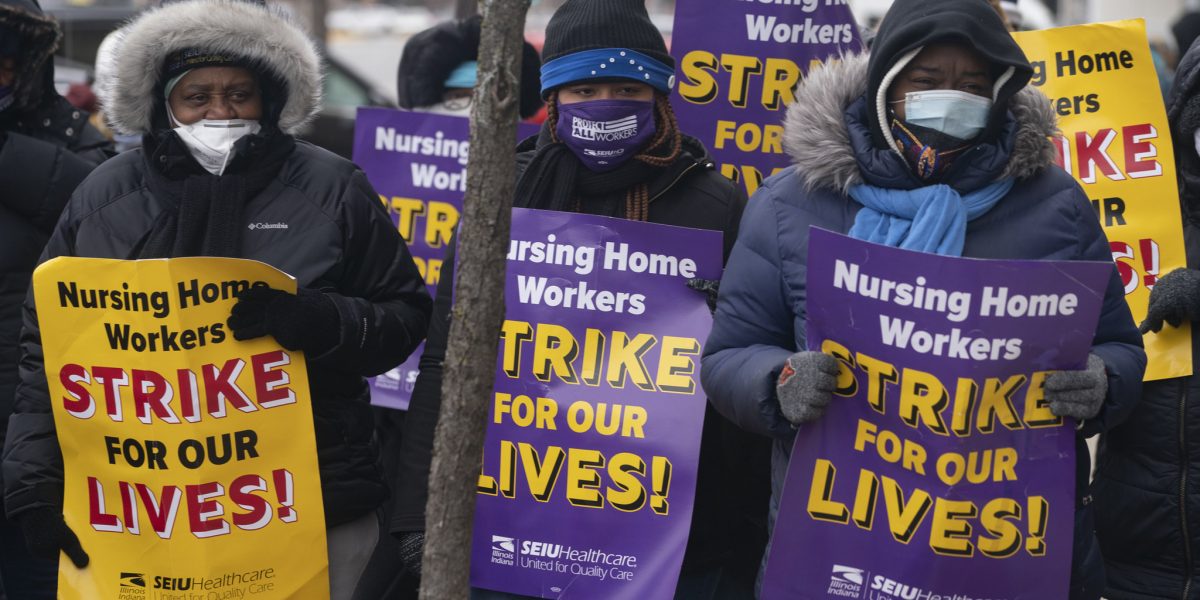 Anyone that has spent any time on the left has seen, felt and asked the question why can’t we all just get along? Why are there so many different socialist groups with seemingly the same goals? And why don’t they all just get together into one big political organization?

The impulse for unity and for gathering bigger forces is a good one and widely felt on the left. But the history of the left and the history of social movements show that socialists can’t simply win by getting bigger numbers for the sake of getting bigger numbers. Hoping that that quantity will produce political quality is a dead end. While many of the internal battles between small socialist groups are often petty and hard to understand, they are rooted in real differences around strategies, tactics, and a theoretical understanding of how to make social change.

While it may be worthwhile to examine what some of those differences are, this article will focus on ways that the left can overcome sectarian divisions through action that increases the confidence, combativity and strategic political position of the working class in society.

While groups may quibble over each other’s positions on political events from decades ago, or fight over who has the correct line imperialism, when the rubber meets the road groups that are serious about organizing for a socialist world world will show, not simply tell, that they have the ideas and strategies that can build a united and fighting working class.

The balance of class forces in today’s society and the state of organization for the far left and the working class in general mean it is necessary for socialists to be involved in campaigns and movements that do not do not exactly lineup with their revolutionary socialist politics. This strategy has historically been called the united front. It has been used by socialists for over a 100 years and in many ways seems like a common sense strategy. The basic method is to unite around a limited set of demands, while preserving political differences amongst the left, in order to draw the largest number of workers into action.

This method was utilized by the Bolsheviks in the fight against the counter-revolution and popularized by figures like Leon Trotsky and Vladmir Lenin via the Communist International. The united front method became a key strategy for socialists across the world.

The united front method contends that revolutionary socialists and their ideas are always in a minority in a non-revolutionary time. This is very easy for any of us to see if we took a quick survey of our co-workers, neighbours or other people around us. It is likely that there are very few amongst them that believe that a revolutionary transformation of society is necessary for equality, justice and peace to flourish. That doesn’t mean that they are not in favour of dramatic changes or fairness or equality or better conditions for workers or an end to racism and colonialism or sexism. It just means they may not have the exact same strategy or vision of how those things could be accomplished.

It is here where the united front becomes an important concept for revolutionary socialists to understand and utilize. For example, in a campaign to raise wages and improve working conditions there will be all sorts of people who believe that the working conditions and pay for most workers is unfair and in need of improvement. However, there will be people that have many different solutions to this problem. Some will look to modest reforms, others to elections, and some still may be willing to advocate strategies that deemphasize the fight for migrant rights and the need to oppose racism.

That does not mean that socialists should not work with those people, rather we should unite with them in our common cause for improved working conditions and wages while putting forward our ideas about how to win those things. Revolutionary socialists should propose and argue for strategies and tactics that promote solidarity amongst unionized and non-unionized workers, fight racism in the workplace and support internationalism. Methods of organizing that emphasize combativity and solidarity amongst workers not just in one workplace but across the class.

Socialists can play a role in building the leadership and capacity of fellow workers while simultaneously deemphasizing solutions that rely on electoralism. Trotsky summed up the basic political point about why the revolutionary left should aim to build united fronts as this:

“(T)he greater is the mass drawn into the movement, the higher its self-confidence rises, all the more self-confident will that mass movement be and all the more resolutely will it be capable of marching forward, however modest may be the initial slogans of struggle. And this means that the growth of the mass aspects of the movement tends to radicalize it, and creates much more favourable conditions for the slogans, methods of struggle, and, in general, the leading role of the Communist Party.”

Socialist should strive to be the most principled and clear fighters for working class power while working with others for a common goal. We can do that by never hiding our socialist politics, but still working hand-in-hand with others in projects for reforms we believe in.

We build unity through struggle, not from statements or abstract declarations of unity, but by collectively working on shared projects that advance the working class. It is through this process that we discover and forge links of solidarity and unity. It is also how we put differing ideas and strategies to the test and learn which are useful and which are not. Real movements and campaigns can clarify and be the basis of real unity.

As part of the campaign for better working conditions and wages workers in a workplace will have a common cause in bettering their conditions in opposition to management and the boss. This is a practical and common experience example of a united front in which socialist ideas may not be dominant, but where socialists who are present will work with their coworkers to advance the workers cause. In the process socialists can make clear arguments from their socialist reading of history and experience in the class struggle about what it will take for workers to win.

Socialist organization can’t just be a social club of those with “the right ideas”, it has to be a tool for working class people to advance their political and economic struggle. We want to use socialist organization and the united front method to help arm people with the ideas that can help them win. We don’t study history, politics or economics just for fun, rather we aim to wield our collective understanding of these things to help those around us win a better life for themselves and all of us.