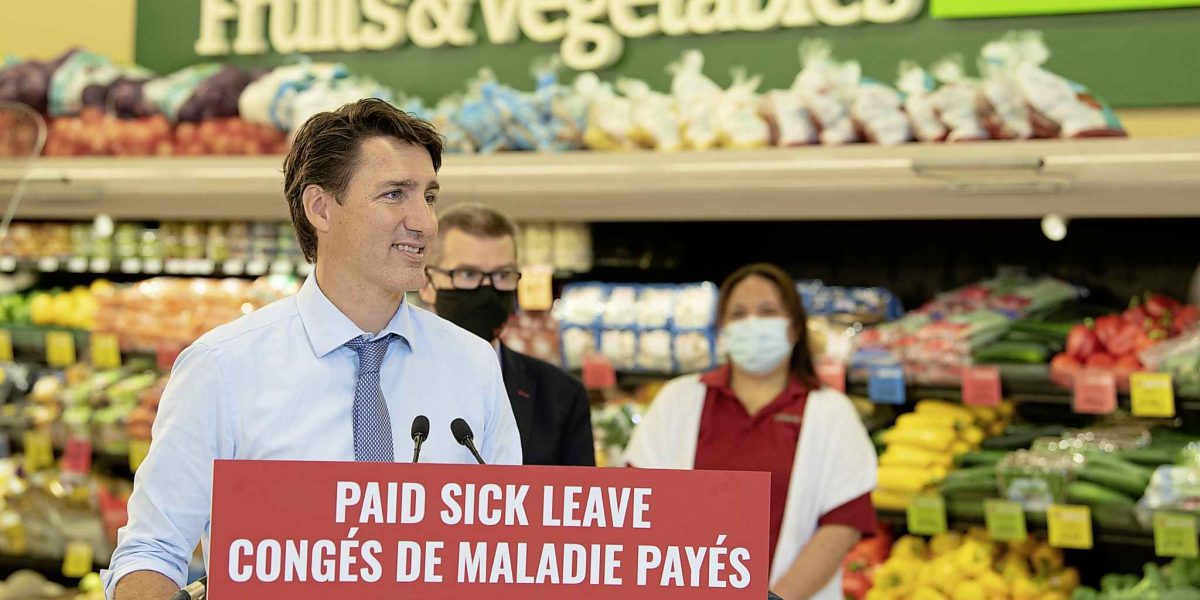 One of the promises Justin Trudeau made during the federal election was to legislate 10 paid sick days within 100 days of re-election. Trudeau has now been in office for 30 days and has  yet to make do on that promise.

As Gaibrie Stephen, an emergency physician in Peel and member of the Decent Work and Health Network, noted, “Our patients cannot afford to wait and frankly they should not have to wait 100 days.”

Holding Liberals to their promise

This was the message the Decent Work and Health Network delivered at their October 20 press conference. The Decent Work and Health Network called on the Liberals to keep their election promise, noting the government has 70 days to introduce amendments to the Canada Labour Code that provides 10 paid sick days for all federally regulated workers and convene the provinces and territories to close the paid sick days gap across the country.

According to public health experts no jurisdiction in Canada has adequate paid sick days. In Ontario, Doug Ford brought in three temporary paid sick days after immense public pressure last spring. However, those three days are far from enough, and are set to expire at the end of this year.

Stephanie Sarmiento, a public health nurse in Toronto, said that she has seen many of her patients already using their three temporary days to get vaccinated. If her patients or their children get sick, they are going to be left with the choice of following public health measures and losing pay or going to work sick.

In Ontario the Liberals and NDP have introduced two separate bills which each propose 10 permanent paid sick days and an additional 10-14 days during a pandemic. Nova Scotia’s temporary paid sick days expired in July and now workers are left with only having three unpaid sick days.

There is nowhere in Canada that has adequate, accessible, and permanent paid sick days and health experts are extremely concerned about this. As Kane Tse, President of the Health Sciences Association of BC, stated “For many low wage and precarious workers it comes down to keeping a roof over their head or staying home sick.”

Many people do not have the option to miss a single day of work, including parents. One of the speakers at today’s press conference was Dr. Shazeen Suleman, a pediatrician in Toronto who said, “I hear from parents and caregivers everyday who have to choose between their child’s health and their job.” This is not a choice that any parent should have to make and would not have to make if they had paid sick days.

As  Dr. Suleman noted,“it’s important to remember that schools and childcare centres are also workplaces whose workers deserve paid sick days.” Those who have been on the frontlines caring for our children throughout this pandemic should not have to worry about getting sick, missing a day of work, and not getting paid.

Not only are paid sick days essential for parents, teachers, and caregivers, they are also an issue of racial, migrant and gender justice. Recent migrants to Canada are more likely to be in precarious jobs, which are the jobs that are less likely to have paid sick days. As Dr. Dutt pointed out “People who are migrant workers, face multiple other barriers including immigration barriers that affect their health. Paid sick days is one thing we can do help their health. It should be a basic labour right.”

In Toronto 52% of Toronto’s population is racialized, yet 83% of Covid cases have been racialized people. As Dr. Stephen said, “We know in wave three, essential workers were the ones being impacted, and these were the workers who lacked access to paid sick days.” Racialized people and women are more likely to be essential workers, leading to them being the ones more likely to work through the pandemic while lacking paid sick days.

Everyone deserves access to universal, permanent, seamlessly accessible, and fully paid sick days for them to be an effective public health intervention. Trudeau must deliver on this promise that he made during his campaign. As Dr. Stephen said, “We cannot waste more time for paid sick days, it took a global pandemic for politicians to realize what health professionals have known all along, paid sick days save lives.”