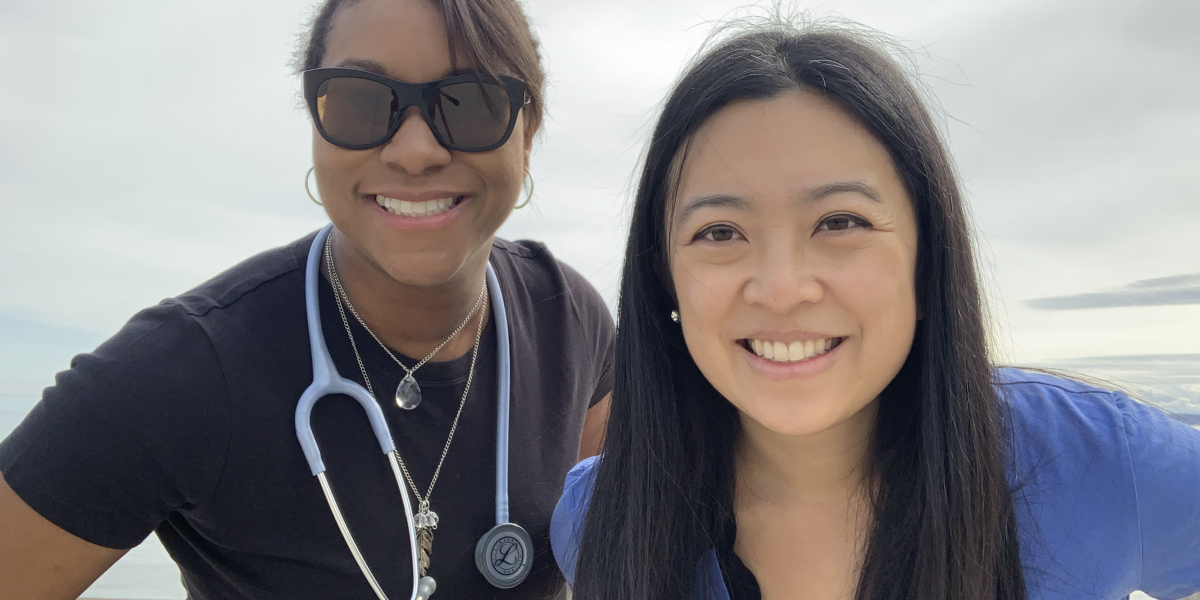 COVID-19 has exposed the weaknesses of Canadian healthcare. From under-funding in the public system to a private long-term care system that funnels money away from patients and towards shareholders, the care that people need is sacrificed to the drive for profit. But this isn’t news to everyone.

Two medical professionals who have been raising the alarm on this issue are Amie Varley and Sarah Fung. Nurses by training, they’ve started a podcast called The Gritty Nurse, where they examine healthcare practice and policy from an inside perspective.

The Gritty Nurse team was kind enough to sit down with Spring Magazine. We discussed how COVID-19 is affecting the healthcare industry, what it means for patients, and what the profit-motive does to healthcare.

Why nursing, and why podcasting?

Amie Varley (AV): I wanted to be an anthropologist until my grandpa got sick. He went through palliative care at a hospital which no longer exists, and his experience there was very poor. I thought that if these nurses could do this then “I could probably do a better job” and I decided to get into nursing.

Sarah Fung (SF): My mother trained as a nurse, and I was obsessed with all her old nursing textbooks. And then (laughing) in high school I did one of those career tests they make you take and got nursing – figured I’d give it a shot! I worked in hospitals for about 10 years before doing some of the other jobs you can do as a nurse. I don’t regret becoming a nurse.

AV: I don’t regret being a nurse either, but there are definitely challenges. It’s a field that has issues with bullying and silencing, and that’s kind of what led to the podcast. We wanted to tell some of the stories that don’t get heard very often.

So… how’s the province’s response to COVID-19 going?

SF: Everything is stretched to capacity. We’ve had a lack of containment, a slow rollout of the vaccine, and amid all of that the government appears to be acting with no sense of urgency.

And coordination has been haphazard. W e aren’t using our resources as efficiently as we could be. For example, Ontario’s Vaccine Distribution Task Force didn’t have a single nurse on it, but it had room for CEOs, a retired police chief, and two corporate CEOs.

AV: There’s just so much that could have been done better. Some countries dealt with this virus well, and we learned nothing from them. It’s amazing how little the government listened to medical professionals. You had healthcare workers calling for an early lockdown and the government just ignored them.

I can’t imagine what the pressure of dealing with this health crisis does to nurses.

AV: We’re going to see a lot of PTSD in healthcare workers. It doesn’t show up right away, because they’re desensitized to everything that’s going on because of how constant the chaos is. We call that “normalization of the deviance” and working in constant “crisis mode”. But after this pandemic is over all the deaths they’ve seen and the work they’ve done is going to catch up to them. Lots of nurses are going to leave the profession when this is over.

If you think you might be laid off that just adds to the stress everyone is already feeling. It makes it harder to deal with the stress that comes from doing this work during a crisis, and it’s not like hospitals are helping solve this because lots of nurses don’t get adequate mental health care.

It’s astounding that in the middle of a pandemic they’re laying off nurses!

SF: It’s completely absurd, but this isn’t new. Many healthcare organizations have been replacing registered nurses with cheaper alternatives for decades, trying to drive down the cost of labour. That’s not a slight against PSWs (Personal Support Workers) or RPNs (Registered Practical Nurses) – but these hospitals aren’t replacing nurses with these other workers because they like them more, it’s because they can pay them less.

AV: Most of those nursing homes used to be staffed by nurses! These companies are making a lot of money, paying $600,000 salaries to their CEOs and paying out to their shareholders – meanwhile their patients are lying in their own feces because they won’t pay to have enough PSWs or staff.

These places will keep only one or two nurses on staff to administer medication (on any given shift and depending on staffing ratios), and all you end up doing for your shift is running from room to room giving people their meds and then moving on to the next person. There’s no time to get to know your patients and what they need to stay healthy, you get in and out as fast as you can because there’s no time to stay longer. And that time pressure means that there’s often large turnover – and you end up with less experienced people.

SF: And these PSWs do so much work and are paid so poorly. I spent time in LTC while I was a student, and we were all pushed to move so fast that we barely had time to do more than the bare minimum.

Remember who’s working in these LTC homes. It’s mostly women, especially immigrant women. They’re often quite marginalized, which means they’re in a tough position if they think they’re sick. They often don’t have paid sick days, or only partially paid sick days, so they can’t afford to take the time off that they need.

And it’s important to remember that the majority of patients in these homes are women, because they live longer. So you have racialized women being paid poverty wages to care for women that society doesn’t want to pay to care for properly.

SF: It’s ironic and it blows my mind that not all healthcare workers have paid sick days –- especially if you’re not a full-time worker! Healthcare workers need them. It puts them between a rock and a hard place. Either they go to work when they might be sick and get paid, or they stay home and potentially lose the money. If you can’t afford to miss the pay that isn’t much of a choice.

And, of course, it isn’t just healthcare workers – the pandemic would be spreading a lot slower if sick people weren’t going into work to spread COVID-19 among their coworkers. But we need to give them the option of staying home, we can’t just expect them to do it if it means missing a paycheque.

AV: That’s right, paid sick days are essential for infection control. Healthcare workers are expected to go to work, even if we aren’t feeling well and burnt out. That’s a cultural expectation within the profession, but it exists, and until people can stay home safely without losing money they’re going to keep going in when they don’t feel well. You don’t know if it’s COVID till you’ve been tested, so you’ll rationalize that it’s just a cold because you need the money.

And that applies to everyone. It’s horrible to hear Doug Ford say there’s no need for paid sick days – a completely privileged position. Why are we making people jump through hoops? The governments keep bouncing the responsibility back and forth. Just pay them to stay home, we’ll have fewer deaths that way.