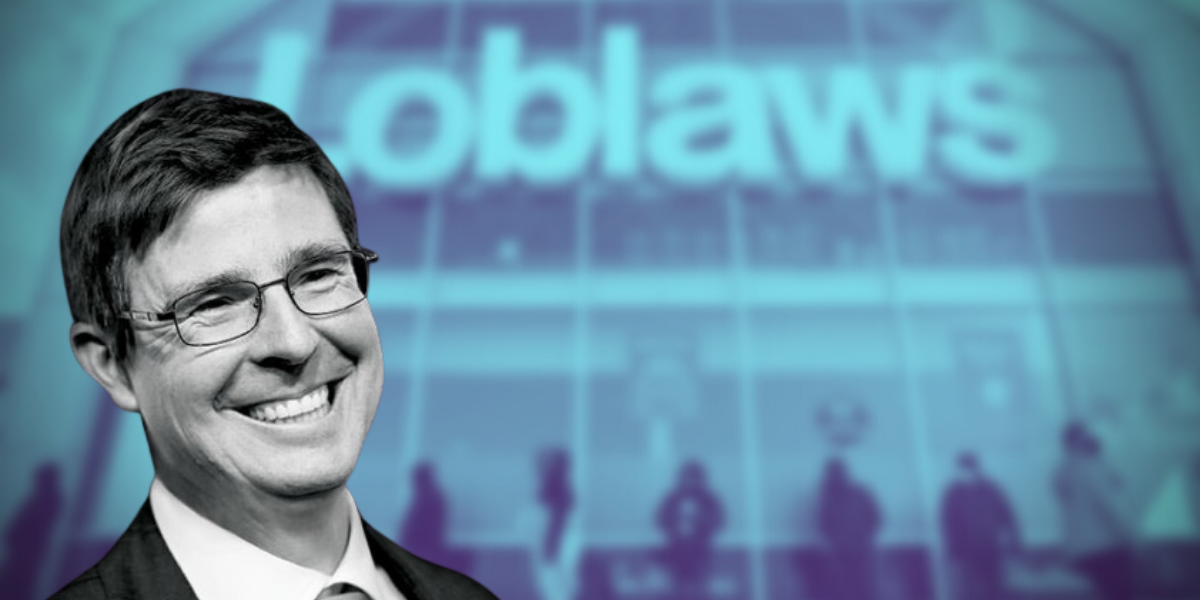 At the beginning of the pandemic, Galen Weston, CEO of George Weston Ltd. and chairman of Loblaw Companies, praised the efforts of grocery store workers, claiming he wanted to make sure that “a significant portion” of the company’s increased profits “would go straight into the pockets of the incredible people on the frontline.”

Exactly the opposite happened. Only two months later, Weston clawed back pandemic pay, on the basis that things had gone back to normal, even though nothing could have been further from the truth. As the pandemic dragged on, low-wage workers continued to suffer crippling financial losses and contract the virus at disproportionate rates while Weston himself collected a huge bonus.

The Westons are one of the richest and most powerful families in the country.

Galen Weston Sr. is remembered fondly for his business savvy, philanthropic efforts, and friendly relationship with the British royals. As patriarch of the prosperous Weston family until his death in April, 2021, he is often lauded for turning the failing Loblaws grocery store chain into a thriving business in the 1970s and propelling his family to international retail success. As his health declined, his son took over running the family businesses.

In Canada, the Weston family’s business empire is made up of two main subsidiaries of George Weston Ltd: Loblaw Companies Ltd and Choice Properties Real Estate Investment Trust. Loblaw Companies is Canada’s largest food and drug retailer and includes Loblaws, No Frills, Real Canadian Superstore, Shoppers Drug Mart, a store called “Your Independent Grocer,” and many others. Choice Properties REIT is one of the largest real estate companies in the country, with a value of around $16 billion. The Westons also own large franchises in Ireland, the United Kingdom, and the Netherlands.

We must look past the friendly, self-made image the Westons present to the public and see them for what they are: crooks who have made their fortune cheating people out of decent wages and charging exorbitant prices for basic necessities. Neither Galen Weston Jr., nor his father, nor his grandfather, earned their wealth. All were born into inherited wealth that dates back to 1882 and swelled over the course of the 20th century. Galen Weston Jr. has certainly not earned his net worth of around $8.46 billion — he has become the reigning monarch of the food retail industry and has profited immensely and unfairly from the labour of workers. In so doing, Weston Jr. and his family are personally contributing to widening the wealth gap that continues to plunge many further into poverty.

When the Ontario government proposed raising the minimum wage to $15 an hour in 2017, Weston led the charge to oppose it, saying  increasing the minimum wage would cost his company roughly $190 million and sink Ontario’s economy. Loblaws has repeatedly swindled workers and the government. In 2017, after an investigation by the Competition Bureau, they admitted to a 14 year price fixing scheme on bread. That same year, the company was named in the Paradise Papers, which revealed that Loblaws had registered offshore holding companies in Barbados and Bermuda in 2005. By some estimates, Loblaws’ tax avoidance schemes have cost taxpayers up to $350 million dollars.

After pandemic pay was revoked in June 2020, Loblaw companies reaped enormous profits. By November 2020, they had raised dividends for shareholders. As the pandemic wore on, their profits increased. By the fourth quarter of 2021, Loblaws raked in $349 million more than the same period of 2020.

It’s no surprise that Weston’s personal wealth has ballooned since the pandemic started. Only six months into the pandemic, his fortune had already increased by approximately $1.6 billion. In 2021, his salary totalled $5.41 million, a significant increase from $3.55 million in 2020.

Yet pandemic profiteering was just the beginning. Now, Loblaws and the Weston family are profiting from inflation. In the first quarter of 2022, Loblaw’s profits rose almost 40% compared to the first quarter of 2021. At a time when inflation in Canada is at its highest in 30 years, many are accusing Loblaws of artificially increasing prices for their own gain.

Despite adamant denials, they could easily get away with it. As the largest grocery retailer in the country, Loblaws is virtually untouchable. Even when their higher-end stores become too expensive for the average consumer, it makes little difference to the company’s overall profits because they also own No Frills and other lower-cost options. Whether you buy your toilet paper at Shoppers Drug Mart, No Frills, or Superstore, Galen Weston Jr. profits. The Westons have the country in a stranglehold, and the more they tighten their grip, the more profit they squeeze out.

Taking on the billionaires

It is unrealistic to expect a company built on inherited wealth, that profits off low-wage workers and has a history of price fixing and other forms of consumer fraud, to hold themselves accountable. Galen Weston Jr. cares nothing for the workers who generate his fortune and will continue to line his pockets with millions of dollars that rightfully belong to workers and cash in on government subsidies.

Galen Weston is a symptom of a system that puts profits before people. We need to build the class power to force the government to stop prioritizing the interests of corporations. This means organizing in our unions and and building campaigns that demand decent work for all, such as Justice for Workers. Additionally, billionaires and large corporations must be taxed at higher rates, especially during global crises. They must also be compelled to provide greater transparency. According to Canadians for Tax Fairness, other countries surpass Canada in corporate disclosures.

Instead of reaping enormous profits, corporations like Loblaws should pay workers decent wages. The pandemic has exposed a great divide in our society between those who own the wealth and those who create it. It is time to not only curb the power of billionaires but to end the system that produces them.