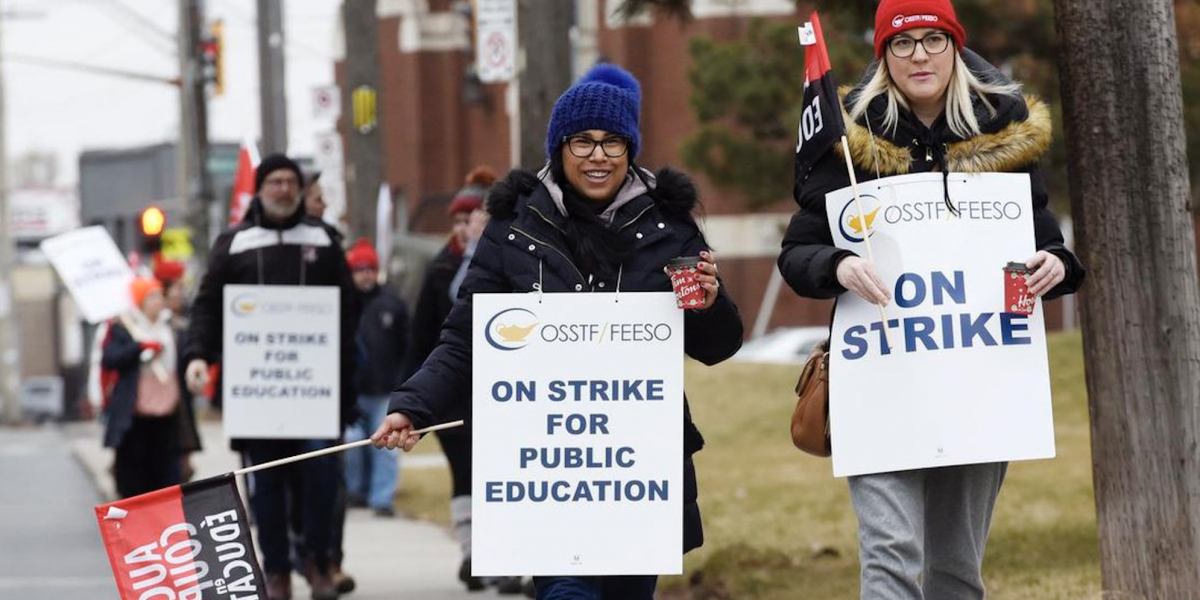 This morning, Ontario’s education minister Stephen Lecce announced the elimination of policies governing K-12 teacher hiring (known as Regulation 274), which had used a combination of qualifications and seniority to prioritize applicants for long term supply positions (known as LTOs) and permanent positions. This move is a big blow to equity, transparency and fairness. It increases the precariousness of Occasional Teachers and the degree to which school administrators have power over our professional lives, by placing nearly total discretion over hiring in their hands. With the loss of these policies, favouritism, nepotism and deference may again become key criteria for teacher hiring.

While these changes by the Ford government are infuriating, they are not surprising. Since entering office, Ford and his education ministers have expressed their opposition to Regulation 274, consistent with their hostility towards labour rights in general. Ford and Lecce have framed the measure as a union rule forcing principals to hire long serving but mediocre teachers, preventing the placement of new graduates and racialized teachers. Lecce claims now that the elimination of this measure will increase the diversity of teaching staff and bring bright young teachers to the front.

The reality is that at the Toronto District School Board, where Regulation 274 has been followed inconsistently, there are many highly qualified and experienced supply teachers who are racialized and/or have international credentials, some of whom speak with an accent, who have been passed over for permanent positions for years. Previously they had a process for redress through grievances, now that recourse is in jeopardy. Meanwhile, education research has shown that experience is one of the most consistent predictors of effectiveness as a teacher.

Where it was followed, Regulation 274 did limit the discretionary power of management. One of the commonalities of neoliberal education policies has been a focus on increasing the unilateral authority of school administrators over hiring and firing. Doing so is predicated on the notion that principals are the front line of management in the education system, and should be given maximum autonomy over how to run their schools. Implicit in this is an attack on union collective agreements, and a disregard of the reality that principals and other managers can also have biases which need to be checked by due process rights.

In short, as if there weren’t enough struggles in public education, particularly its underfunding amid the pandemic which is placing the health of thousands of students and school staff at risk, K-12 occasional teachers in Ontario are now more precarious. The consequences are far-reaching.