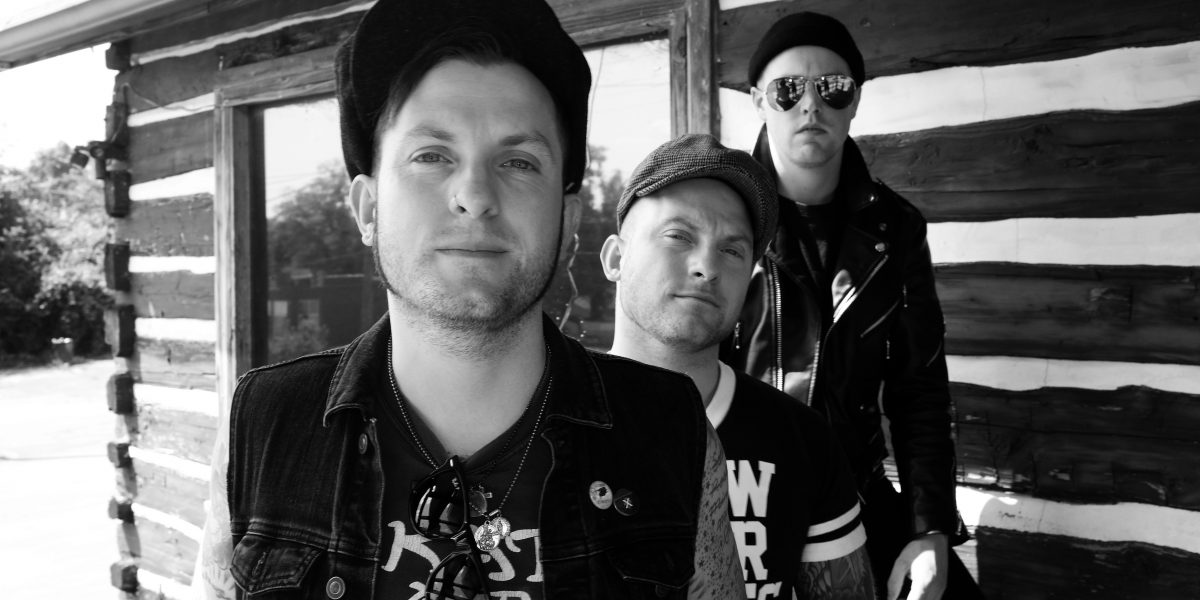 Grown out of the garage rock subculture of the 1960s, punk music has always carried with it an emphasis of the DIY (Do-It-Yourself) ethic. Despite some groups using mainstream media platforms to gain notoriety within the music industry (such as The Sex Pistols, The Clash, or contemporaries like Green Day), the DIY ethic seeks to avoid corporate models of production and distribution. Zines, independent distros, and self-representation are all markers of the political nature of the genre.

Blacklist Royals carry on this DIY spirit, a band that has overcome more than a few obstacles within their 10-year career. Their latest EP, Doomsday Girl, was released on April 2. Spring Magazine had the chance to talk with founding-member Rob Rufus to talk about the album. When talking generally about the album, Rob noted: “The pandemic has been the first time since I was a teenager that impending doom overshadowed my daily life… [T]his re-traumatization via Covid got us back in that headspace, and Doomsday Girl is us dealing with that doom the only way we know how, by writing punk songs together.”

As a band that has such a DIY ethic of touring and making those face-to-face connections, how did Covid change your plans and how are things looking for the band right now?

Covid did a serious number on us, touring-wise. We had the Blacklist Royals 10th Anniversary Shows canceled, as well as a tour for our side-project The Bad Signs and a stint touring as the backing-band for The Dead Boys. We aren’t big on the “streaming from your bedroom” concerts, so we spent the lockdown writing and recording. These last few weeks we’ve finally been able to get together and rehearse again… goddamn I missed it!

How has Covid hit Nashville and West Virginia been hit by Covid? What has the experience been like for workers?

Nashville has been strange, since we are a blue dot in a red state. Half the city seems to have missed the memo on Covid, altogether. Being a tourist city to boot, I know it’s been really tough on our friends and bandmates in the service industry. Most, if not all of them, got Covid over the past year. But hey, God forbid some bachelorettes from Idaho can’t go to our honky-tonks and get their rum-and-cokes!

I know this isn’t the first time those in the band have had to sort of face mortality head-on, with Rob battling stage four cancer as a teenager, how does this shape the band’s lyrics and your ethos as a whole?

It has always looked over our work and shaped Nat and I’s determination (desperation) to do everything we can while we can. This pandemic has re-focused our drive, and put us back in the mindset we had back when we were teenagers and I was sick. Our album Die Young With Me is a concept album about that experience, so we’ve been able to move on to other topics lyrically.

And I can imagine a lot of this is coming out into your new release, what can listeners expect?

The songs on the Doomsday Girl EP, as well as the other new jams we have recorded, are all very much in the spirit of living life beneath the shadow of death. The songs, and the band itself, have been shaped and reinvigorated by the doom and gloom around us. There is an energy to them, a catharsis; it’s been nice (and sorely needed) to write some fun, fast, punk rock songs.

Because the roads will open up again soon, what bands, venues, and morning breakfast dives do you think need a shoutout?

Every band! Every venue! Small bands and venues, especially. Covid is going to be a deathblow to so much culture, and we all need to do our part to keep that from happening. I’m going to start going to all the shows I can, big or small, whether I’m familiar with the bands or not. I encourage all of your readers to do the same! As far as breakfast spots… anywhere but Waffle House.