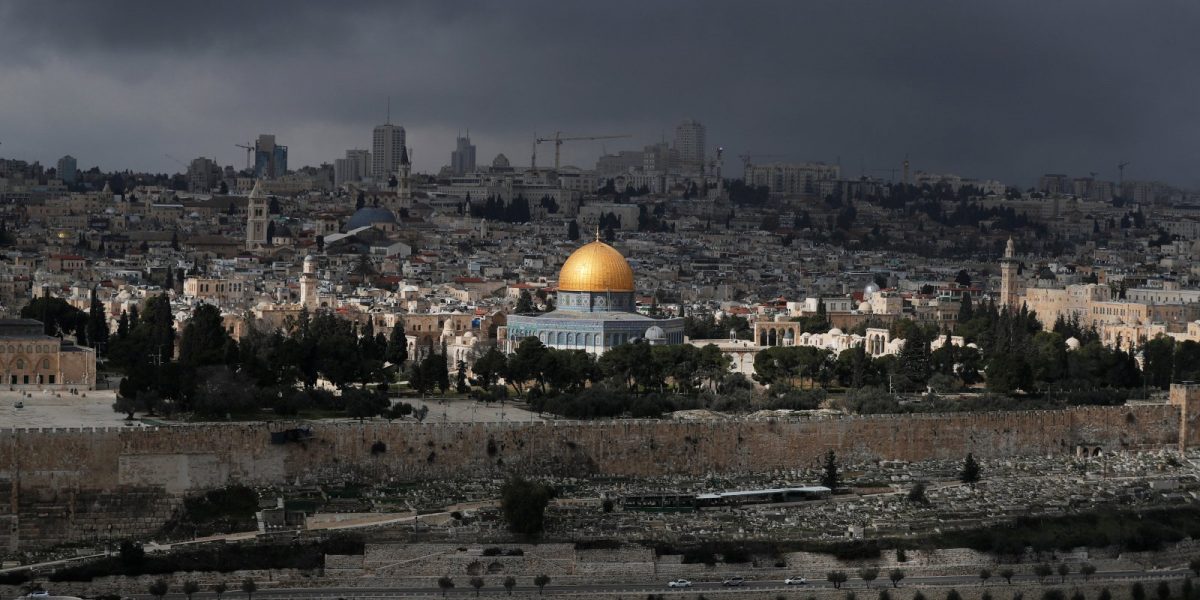 Last week, Haaretz reported that eighty-seven Palestinian residents of East Jerusalem are expected to be evicted from their homes following three Israeli court decisions in favour of Israeli settlers. This involves the eviction of Palestinians from property that they owned prior to the 1948 Partition Plan. As often is the case, the Absentees’ Property Law is used by Israel to justify to removal of property rights.

In one case, the Jerusalem District Court denied this appeal of the Dweik family from Silwan and ordered they evacuate the home within two weeks. Haaretz reported the family planned to appeal to the district court. There are thirty family members including 12 members under 18 years, who live in the building, including 12 children under 18. The family has lived there since 1963. This family is one of dozens of Palestinian families who live in the Batan al-Hawa neighbourhood of Silwan in East Jerusalem who have pending eviction court cases.

The settlers won other victories recently in the Sheikh Jarrah neighborhood. Earlier in the fall, the Jerusalem Magistrate’s Court ruled in favor of settlers, ordering the eviction of four Palestinian families, and requiring them to pay 260,000 shekels in court costs along with the settler’s attorney’s fees.

Evictions and home demolitions are made even more terrifying during this time when COVID-19 leaves people even more vulnerable.

These evictions are all part of a bigger picture of planned demographic change in Jerusalem.

Since 1967, Israel’s illegal annexation has imposed a series of policies that have collectively worked to reduce Jerusalem’s Palestinian population including preventing the return of Jerusalemites living outside the city boundaries. Ultimately the aim is to de-populate Jerusalem of its indigenous Palestinian residents.

After 1967, Palestinian Jerusalemites were designated by Israel as permanent residents, a status that is conditional on a person’s continuous presence in the city under what the Israeli Ministry of Interior references ‘center of life.” Should a permanent resident fail to prove they consistently reside in Jerusalem, they may lose their right to remain in Jerusalem. Since East Jerusalem’s annexation, over 14,400 Palestinians have had their statuses revoked.

Also, spouses and children are not necessarily granted Jerusalem status. This results in the division of thousands of Palestinian families. It has also led to many Palestinian Jerusalemites moving to neighborhoods, within the municipal boundaries, though beyond the Separation Wall. Palestinians describe these as becoming “shanty communities” as Jerusalem does not provide municipal services and the communities are becoming over-crowded.

With few building permits approved by the municipality, it is estimated that nearly 40 percent of East Jerusalem homes have been built without approval. This renders them vulnerable to demolitions and leaves the families under threat of displacement. Families are also forced to demolish their own homes or face additional hefty costs to pay for the demolition beyond stiff fines.

It is estimated that the construction of the Wall isolated nearly 100,000 East Jerusalem residents from the city, along with separating the remainder of West Bank residents from accessing the Palestinian capital without an Israeli-issued permit. The Civic Coalition for Palestinian Rights in Jerusalem says “beyond this, the Wall, numerous checkpoints and systemic closures of certain neighborhoods or the city as a whole, have resulted in deeply rooted sentiments of fragmentation on the social and political levels amongst Jerusalemites, and between them and their Palestinian counterparts.”

In addition to efforts drive out the Palestinian population, the occupying power simultaneously works to expand the presence of Israeli settlers throughout East Jerusalem. There are currently over 200,000 illegal settlers who reside in 16 settlements across East Jerusalem. This presence remains in direct violation of international law.

In 1980, the United Nations Resolution 35/169 deplored “the persistence of Israel in changing the physical character, demographic composition, institutional structure and the status of the Holy City of Jerusalem” and express deep concern “over the enactment of a basic law in the Israeli Knesset proclaiming a change in the character and status of the Holy City of Jerusalem, with its implications for peace and security.”

Canada voted against this resolution.  Canada did not stand to say that the then “new Basic Law on Jerusalem and the proclamation of Jerusalem as the capital of Israel, are null and void and must be rescinded forthwith.” A recent analysis of Canada’s votes at the United Nations show this stance to be very consistence. In fact, Canada’s first ‘nay’ vote regarding Palestine was in 1949 on a resolution about Jerusalem being established as a corpus separatum under a special international regime administered by the UN.

On Sunday, December 6, a panel will consider the threats to Al-Quds/East Jerusalem. Joining the panel will be Zakaria Odeh, executive director of the Civic Coalition for Palestinian Rights in Jerusalem, Jonathan Kuttab, founder of Al-Haq, recognized international human rights lawyer, Dr. Yousef Al Natshi, director of the prestigious Department of Tourism and Archaeology at the al-Haram al-Sharif in Jerusalem and Azeezah Kanji, legal academic and journalist. The panel will provide information on what is happening in Al-Quds and discuss what the international community including Canadians can do in this regard. You can learn more, and register for the webinar.