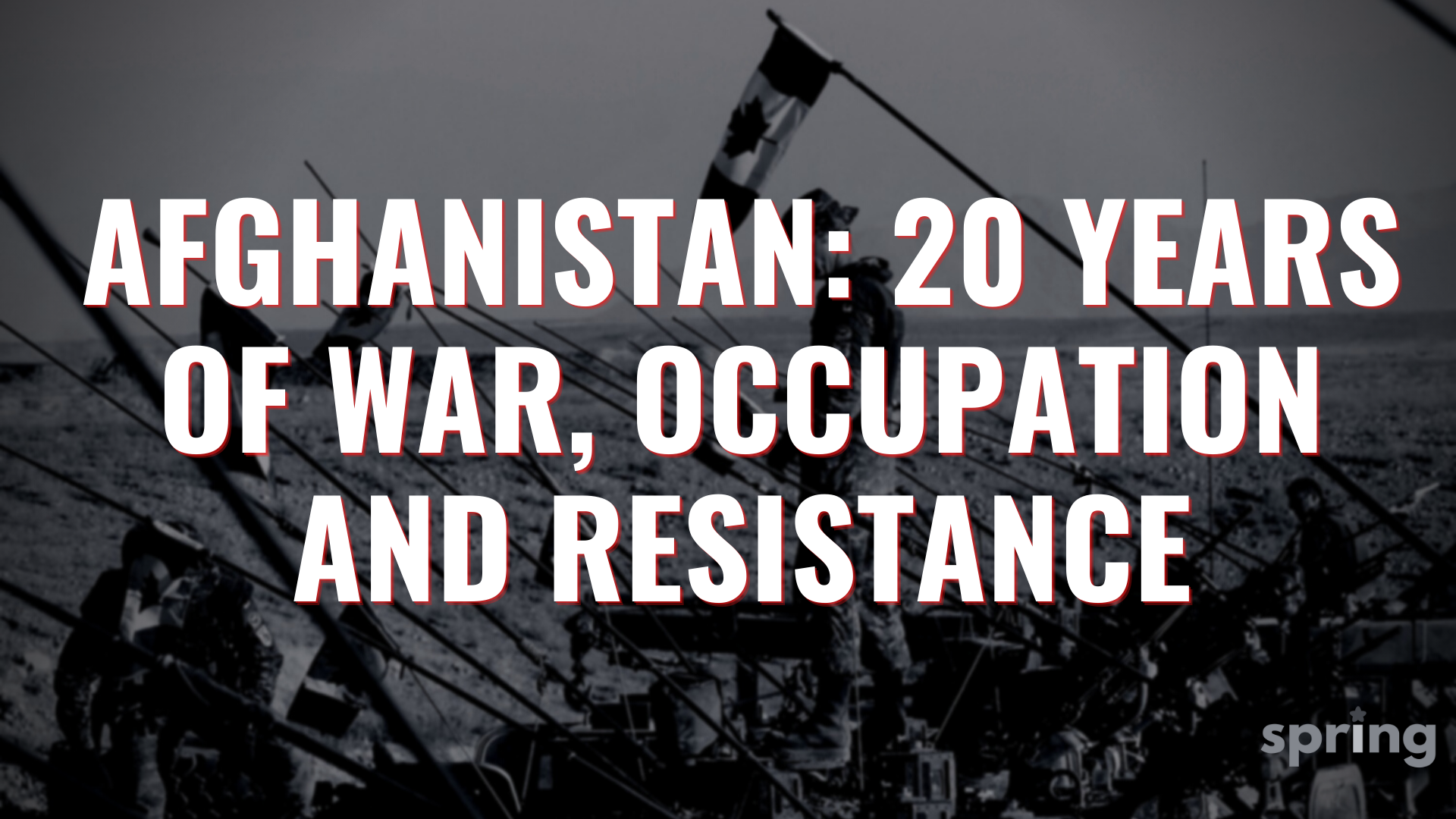 October 7, 2021 will mark the 20-year anniversary of the start of the US-led bombing campaign of Afghanistan, which led to two decades of war and occupation. In recent weeks, the US and its allies were driven out of Afghanistan in an unprecedented defeat for US imperialism.

Join Spring socialists for a panel discussion, as we assess the impact of the war, including Canada’s 13-year mission, and nearly two decades of anti-war organizing in Canada and internationally.

Topics will include:
* US imperialism, then and now
* Canada’s role in Afghanistan and the War on Terror
* What the anti-war movement accomplished, and how to rebuild it
* The ongoing fight against Islamophobia and to defend civil liberties
* Building solidarity with the people of Afghanistan

* Angela Joya is a former Afghan refugee and a scholar of the Middle East and North Africa. She has published on recent developments in the region, including on Afghanistan. She has been part of the anti war movement since 2001 and was a contributor to Empire’s Ally: Canada and the War in Afghanistan, co-edited by Jerome Klassen and Greg Albo.

* James Clark is a founding member of the Toronto Coalition to Stop the War and a steering committee member of the Canadian Peace Alliance. Since 2001, he has been active in anti-war organizing around Afghanistan, Iraq, and Palestine.

This meeting will take place on Zoom. Email info@springmag.ca for Zoom registration link.