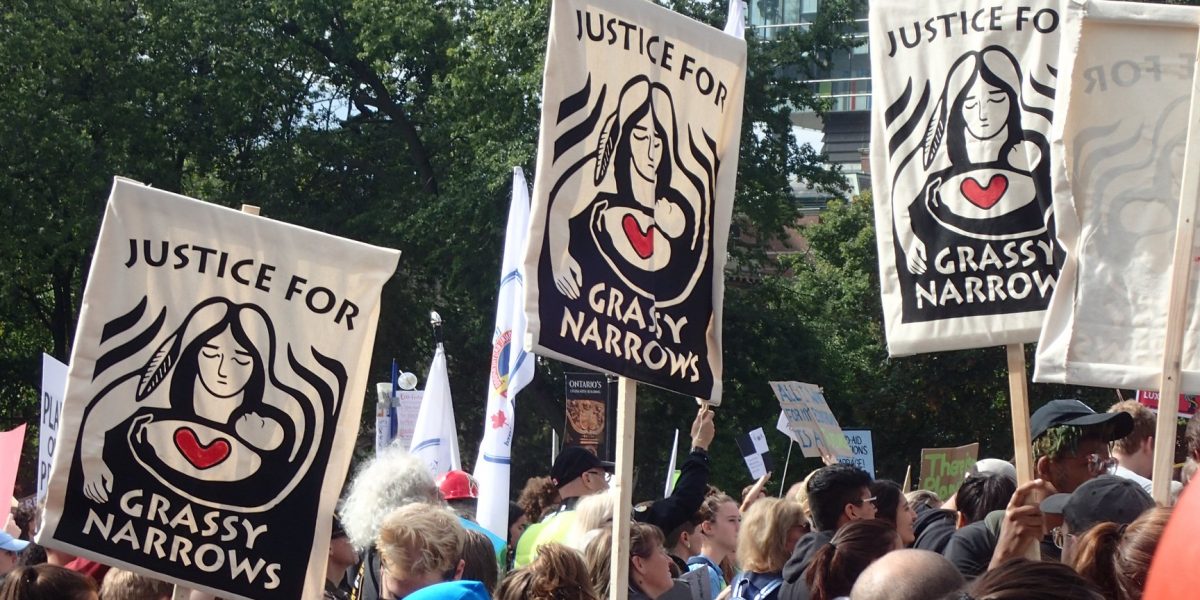 For the last four years, Justin Trudeau has presented himself as someone who stands for reconciliation and respect for Indigenous communities. But the record of the Liberals when it comes to relations with Indigenous peoples is hardly different than Stephen Harpers’ record. A thin veneer of token gestures and words of reconciliation are brushed atop the same oppressive colonial orientation towards Indigenous peoples. So it was not much of a surprise when the Liberal government announced this week it was challenging a landmark human rights ruling to compensate apprehended First Nations children harmed by the on-reserve child welfare system and under-funded child and family services.

As Cindy Blackstock, the executive director of the First Nations Child and Family Caring Society, said “It’s really disappointing. It really suggests to me that Canada continues to not accept responsibility for its conduct as resulting in the unnecessary family separations of First Nations children in levels far higher than at residential schools and, in some cases, the deaths of children.”

No government serious about reconciliation would ever challenge the right of these individuals and communities to seek financial compensation and justice. Both the NDP and Greens came out for full compensation, while Trudeau tried to disassociate himself from the actions of his government. Scheer was silent on the issue.

The NDP followed this up with what has to be their high point of the campaign, Singh’s visit to Grassy Narrows, an Indigenous community that has been struggling for decades with unsafe drinking water. For years the Dryden Chemical Company dumped their industrial waste into the Wabigoon River system and this has caused on-going mercury poisoning with deadly results.

Singh, who visited this week said, “let’s do whatever it takes to clean that drinking water.”

When asked by the media if the cost would be prohibitive, Singh strongly and correctly stated “If this was an issue in Toronto, in Vancouver, in any city around the world, around Canada, there would be no debate. We would get it done.”

It would take a minimum of $1.8 billion in capital investment to meet First Nations’ clean drinking water needs. But as Singh observed, the Liberals have found billions to buy a pipeline so the Canadian government should be able to find $1.8 billion for water. The Liberals have also found a lot of money for P3s, for war and for their corporate friends. As Josef Schumpeter’s once noted, “the budget is the skeleton of the state stripped of all misleading ideologies.”

The mass climate strikes have helped strip bare the ideologies of the Canadian state, and the rightwing is eager to build them back up by resorting to racism. During an NDP campaign stop in Montreal a member of the public told Singh, “you should really cut your turban off and you then look like a Canadian.” With Maxime Bernier set to take to the debate stage on Monday, look for the racists and xenophobes to get a boost of confidence. It is an utter shame Bernier is given a platform for his vile hatred. For the media, the liberal ethos of “objectivity” and “balance” means creating space for racist ideas and ensuring Bernier has a platform to promote racism and hatred. This will only drag the entire debate to the right.

The Liberals finally released their costed-platform last Sunday, promising to keep running deficits. Last federal election it was this promise to run deficits for four years to ensure social programs wouldn’t be cut that distinguished them from the Tories–and the NDP. Now, the Liberals are promising to deliver another boost to the Canada Child Benefit, increase money for old age security, post-secondary education and healthcare, implement new taxes on the rich, tax cuts for other income earners, and a bevy of other targeted regulations and spending promises. The Liberals promise to increase spending by over $9 billion a year, while increasing revenue by roughly $5 billion. While Scheer undoubtedly will try to make political hay out of this, outside of the traditional Conservative base concerns about the deficits and the debt are not a priority for most Canadians.

The NDP has been less than clear on the question of running deficits. While this is an improvement since 2015, Singh’s evasiveness on deficit spending makes it harder for them to simply put their investment in social programs front and centre. The NDP this week promised  to invest $10 billion to create 500,000 daycare spots in Canada over the next four years. The NDP is billing this as a first step towards introducing universally affordable daycare across the country. The NDP is correct to point out that liberals have been promising affordable childcare since the Chretien era and never come close to delivering on this promise.

While the NDP had a strong week, it continues to trip up over its own internal contradictions. Singh downplayed his previous opposition to sending Light Armoured Vehicles (LAVs) to Saudi Arabia, by stating that those machines of war could be produced for police departments at home. This line will only be provide an opening for the right to push its regressive law and order agenda. This week also saw Rachel Notley state she was unsure who she would vote for in the election. Despite months if not years of waffling and backtracking on pipelines to please the Alberta NDP, the federal party was mot pro-pipeline enough for Notley. Rather than forcefully condemning Notley’s position, Singh hedged and referred to her as a champion, despite disagreeing with her over pipelines.

This election the NDP has a much stronger platform than in elections past, including 300,000 climate jobs. But the leadership seems to never understand it is clarity not concessions which speak to people. After historic climate strikes, the NDP should everywhere amplifying the climate movements’ call for climate justice–from reconciliation to justice for Grassy Narrows, and from opposition to pipelines to good low carbon jobs for all.