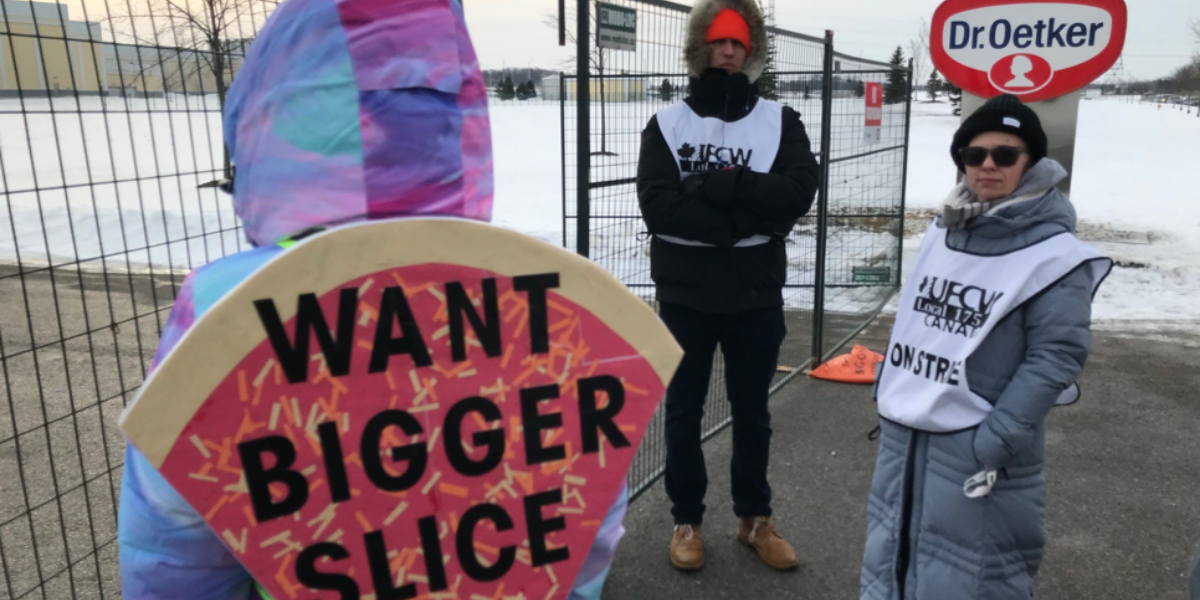 On February 16, 251 workers at the Dr. Oetker plant in London, Ontario went on strike. The workers, members of UFCW Local 175, work in all areas of the plant including general labor, bakery and maintenance. Workers at the plant had unionized with UFCW in 2018.

Talks between the union and the company have broken down, and there is no date set to return to the table for talks. 88% of workers voted for a strike mandate and workers rejected the latest company offer by a vote of 91-71 after the bargaining team recommended a no vote. The main reason for the strike is over wages.

Dr. Oetker is a huge multinational corporation based out of Germany. Its estimated global revenue was roughly $3.7 billion Euros in 2020. It noted that its Canadian division saw double digit growth during the pandemic. Despite this, the company is playing hardball over the unions’ wage demands.

As the spokesperson for UFCW Freed Teeple noted, “It’s an economic strike. We want more money across the board and that’s why these workers are out here.”

The offer that the company made to the UFCW members had staggered wage increases and was based on members’ classification. It also included production bonuses based on classification. Sam Caetano, director for UFCW Local 17 noted, “the members of the committee decided that they would not recommend a deal where there wasn’t money across the board for all the members, and the same amount of bonus for all the members.”

This corporate giant is aiming to divide and conquer the union by offering differing wage increases and production bonuses. The aim is simple, the company wants to pay workers less, but the workers are refusing to budge. The union recognizes that they can’t let the company divide them.

Beyond the question of wages Teeple noted that the “the relationship between the employer and the members is not good. It’s a toxic environment and we want to make sure it is addressed as well.”

The members are currently picketing at the entrance to Dr. Oetker at Bradley Avenue and Veterans Memorial Parkway.