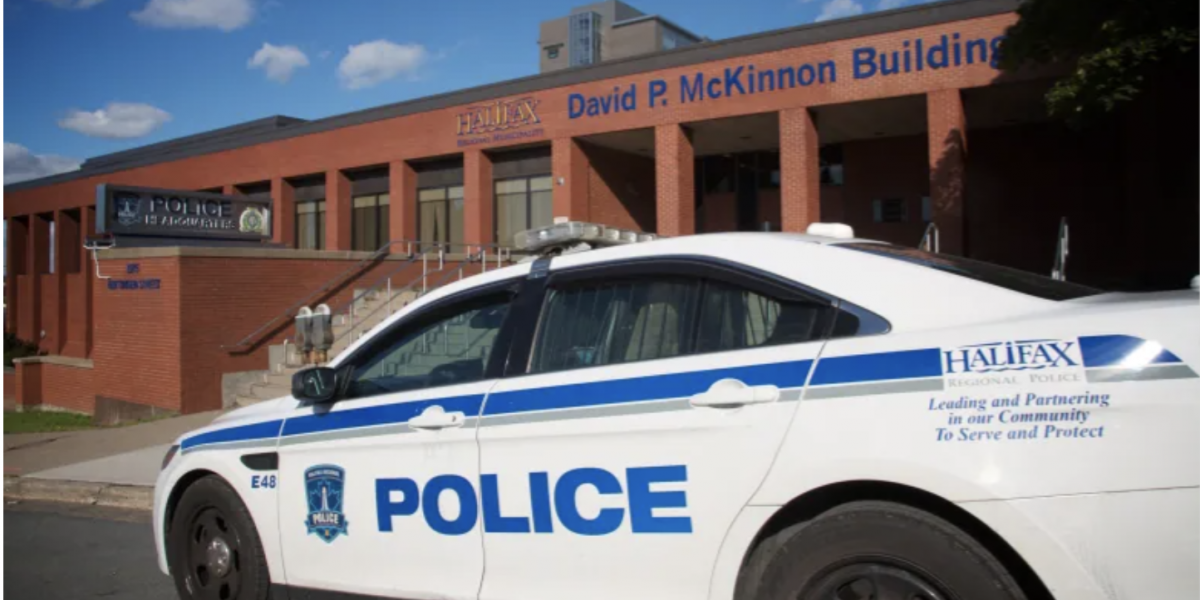 In September 2020, the Halifax Board of Police Commissioners appointed Professor El Jones to chair an independent committee that would prepare a report outlining a roadmap for “defunding the police” in Halifax Regional Municipality.

Tell us about the committee. How was it formed, what is its mandate?

Tari: The committee came together last summer and emerged from work that Harry and I, and a whole bunch of other folks, have been doing as part of the Nova Scotia policing policy working group. It was partially prompted by mobilizations across North America due to the death of George Floyd, and also due to a number of significant concerns we had of things going on in Nova Scotia, such as the armored tank that was cancelled, issues to do with gender-based violence within the context of policing, as well as the use of force.

Harry: We looked at the Board of Police Commissioners (to which the police report) and realized if they were going to be serious about defunding, they needed to meaningfully engage with the community. We pushed them to develop a public engagement process, and El Jones was hired to lead a large-scale public engagement process. This process allows people in HRM to decide what defunding means for them. We will take the input from the community’s and use it to form a roadmap of the tangible steps HRM can take to defund the Halifax Regional Police Service.

We have 12 committee members who are representatives from different communities in HRM, including the Mi’kmaq community, the LGBTQ community, and the African Nova Scotian community. Each of those members will run focus groups within their own communities. We will also be connecting directly with members of the public who are highly vulnerable or could face retaliation from the police. All the work that we do is being guided by the people that we’re working with, and what their needs and interests are.

The timeline for delivering the report will be sometime later in the summer.

Can the Board reject the report?

Tari: It is a possibility, but an unlikely possibility. Generally speaking, when you provide a report, it is incumbent on the body to take it seriously. At the same time, we also know sometimes these reports get put on the shelf, get stale, or dated. But we are going to make sure that we put pressure on the various bodies and authorities responsible for implementing the recommendations the community ultimately puts forward. We are going to put pressure on them to make meaningful strides towards that.

Harry: The Board is the oversight body for the municipal police force and provides governance, which means it dictates its policies. To date, it has not completed its mandate and never once actually created a policy. A larger part of this engagement is that to try and put pressure on the Board to become more open, transparent and accountable as an institution. The oversight role that it’s playing is being minimal at best. It hasn’t given any kind of pushback to the chief of police in that context. Most people are not even aware that the Police Board exists. Historically, it’s been really ineffective.

In 2015, they had one meeting where the entire meeting of the police Board was that the police brought in drug dogs and did a demonstration. Then they all left and that was the meeting. We are miles away from that already in terms of what the Board is working on. There are important things before the Board now, such as public access to all HRP policies, and a ban on the use of spit hoods. You may have heard of Corey Rogers. After Corey was detained for public intoxication, they put a mesh bag over his head to prevent him from spitting on them. We want to have those banned in the city. And that is something I’m confident the Board will meaningfully consider in a way that they would not have done even five years ago.

Another thing we are fighting with the police Board about is that they have their meetings in the middle of the day, from 12:30 to 3:00 at City Hall. We are trying to get them to move the meetings to the evenings. And we’re also trying to get them to have their meetings in the community, either at the North branch library at the friendship center, or at other community centers in the city, to make the meetings more accessible to the public. It’s actually part of the mandate of the police board to do that. In the Police Act, it says they have a duty to act as a conduit between the police and the citizens of Halifax. That is something we are continuing to push to change.

Tari: We hope that by engaging the public through this process, people will become aware of what the police Board is. This way, there will be more pressure on them. If it doesn’t happen with all of us, and it doesn’t happen at all. It is therefore our responsibility to engage as many folks as possible so that what we’re doing and how we advocate meaningfully aligns with where the community stands on this issue.

Harry: For instance, there were 18 people who spoke in city council about defunding the police. They went ahead and did it anyway, but all of a sudden, you have huge numbers of the public saying we are not going to stand up for this anymore.

I listened to the April 21, 2021 Special Budget meeting when all the different public speakers came. And there was not a single question from councillors. There was no willingness to engage. There can be a sense sometimes when something doesn’t happen when we push for it, when they ignore us, that we can think therefore this was not a successful or meaningful intervention. And that’s simply not the case. Meaningful or transformative change within a particular space is not going to happen overnight. We have to be realistic about what we can do, and how we can build momentum towards the change what we want to see. We have to keep building.

Harry: It was clear a lot of people who spoke had heard about the meeting from social media. The city does not do a great job of advertising or making accessible the different ways of engaging with them.

Is that a form of oppression?

Tari: It absolutely is a form of oppression. One hundred percent.

This is part of what we are trying to do: unmake that oppression. How does one consent if one does not know precisely what you are consenting to? This is one of the ways in which police forces have been able to operate with impunity for a long time. But when you constantly put pressure on institutions like this, you do see change.

All of the committee members are volunteers. The folks working on this are doing so because they genuinely care about community. The committee is receiving $9,000 in funding, which is mainly going towards honorarium for folks who show up at focus groups and towards setting up the public engagement meetings. We can certainly say that the $85,000 that was put towards the body camera report might well have gone to some of the incredible community members working hard on this. Folks are doing the best that they can, so if there’s not posters all over the city, well, that’s because that’s not feasible given not only the budget, but also the volunteer status.

But we will be doing everything that we can in the coming weeks to push it out to as many folks as possible.

What keeps you going in your work when things get tough? Where do you draw your strength from?

Harry: You don’t do things alone, right? You do them with other people that you care about, and that’s where you draw your ability to keep going. I work with people who have had family members die in a jail, psychiatric institution or by the police. Those families are going through incredibly difficult times. I take a lot of strength from their strength. One of those people is Jeannette Rogers, Cory Rogers’ mother. Jeannette was going to argue against three police officers and the city, all of whom had their own lawyers. Four lawyers against this retired woman whose son was killed in police custody. For me, I just draw strength from people like that, people who just are so resilient. I feel really lucky and honoured to work with people like that, to be able to support them as best I can.

How to get involved and stay informed

To engage in the defunding conversation:

For more information on the committee and its work, see their terms of reference.