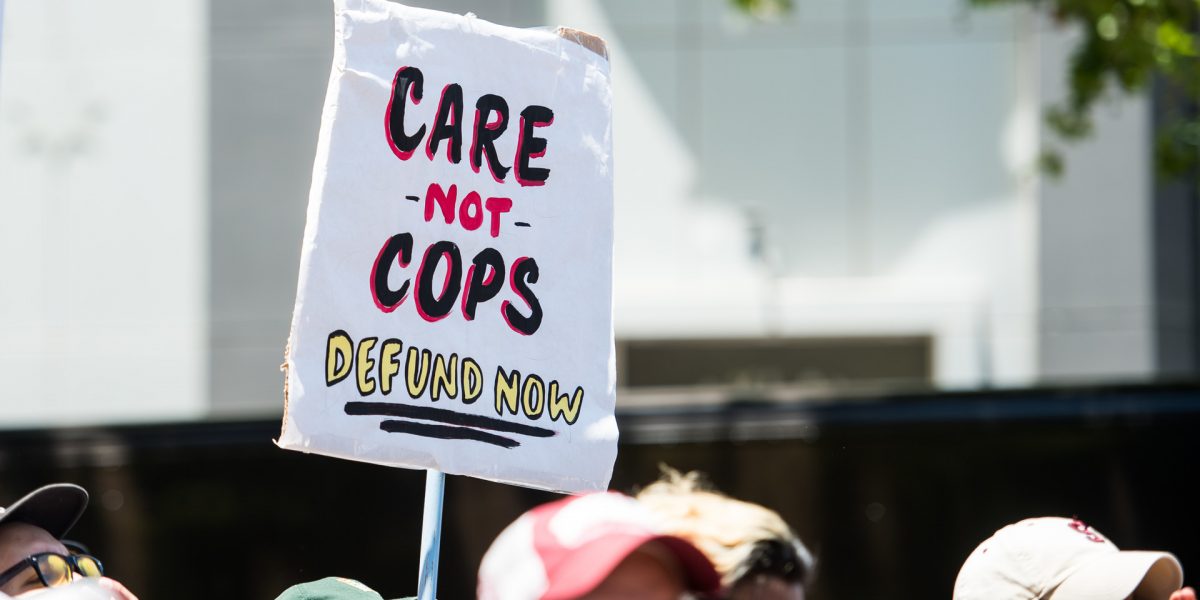 It has been over a year since Regis Korchinski-Paquet died at the hands of the police after her family called 911 for mental health distress. But the police have cleared themselves of any wrongdoing, and the carceral approach to mental health still dominates.

Alaa Al Soufi, a Toronto based activist, has been supporting a friend who was going through a mental health crisis. Al Soufi says their friend was in a bad situation and at one point an ambulance had to be called. The paramedics, at the request of their friend, called in the MCIT (Mobile Crisis Intervention Team) – which consists of one nurse and one police officer. The police then called in two more officers and began crowding in a semi-circle around Al Soufi’s friends. Things got tense and escalated.

“I asked them all to give him room, give him space, but they refused,” said Al Soufi. “What surprised me was that the nurse, who had been talking to my friend, stopped, looked at me and said, ‘they (the police) are with me.’”

Not only do police directly cause mental health distress, but the policing of mental health infiltrates the health system. As Doctors for Defunding Police explained, “we recognize that our healthcare system is complicit in systemic anti-Black and anti-Indigenous racism and often works in concert with police services, especially as it relates to mental health crises.”

Al Soufi witnessed a similar complicity of nursing and police. After it was agreed that his friend would take an ambulance to the hospital, the MCIT entered his friend’s basement apartment. Al Soufi, who recorded the actions, had a door slammed his face by a police officer after they saw he was recording. Yet they still let in a third officer to the apartment.

Al Soufi describes the MCIT as abrasive and noted that they kept escalating the already tense situation to the point he was afraid someone was going to get hurt.

“The final words of the nurse to me were, ‘What are you gonna do about it?’, and her entire attitude was very cop-like,” said Al Soufi. “The nurse argued with me and was really in my face. This shows that even though we might think a nurse would be a good alternative to the police, this isn’t necessarily so.”

Al Soufi’s expereince is not uncommon. There are plenty of health figures (e.g. doctors, nurses, social workers) who carry out a policing function, even though they are not police officers. It is vital that we support calls to defund and abolish the police and replace the carceral system with one that actually meets the needs of people. Among other things, that means ensuring those who respond to people in crisis must do so with the utmost respect and are trained, experienced and accountable to the communities they serve.

Defunding police is not only about removing their direct harm on communities, and redistributing resources, but also freeing health providers from the carceral logic. As Beverly Bain, from No Pride In Policing, explained at the justice march for Regis, “It’s critical for us to defund the police and redistribute that money back to communities to create sustainable supports around care.”