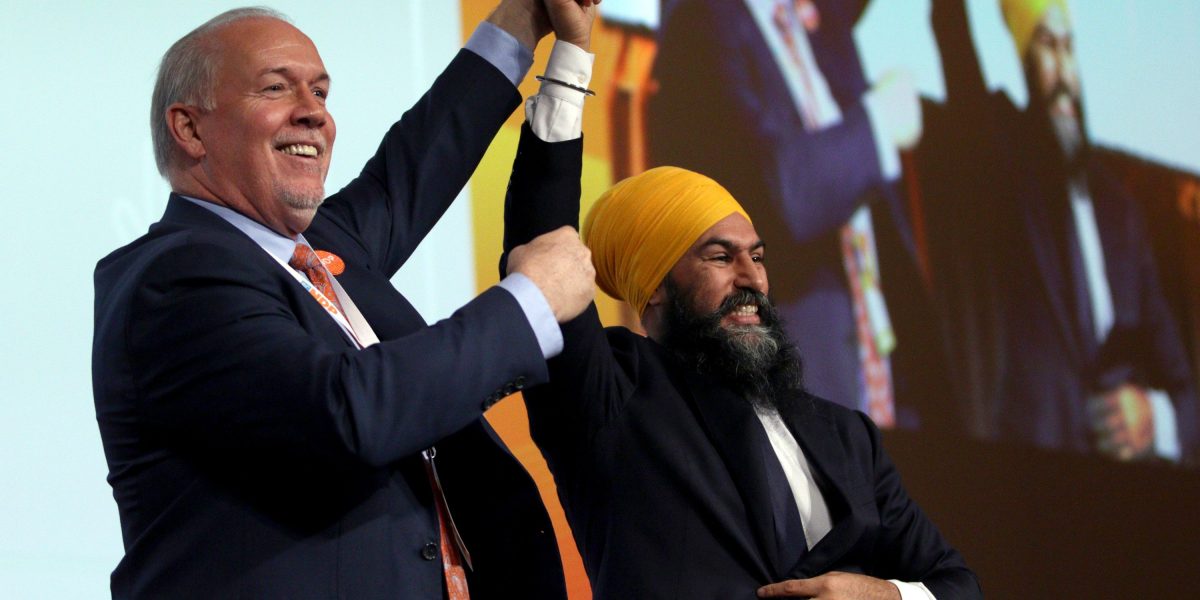 You spoke about “Love and Courage” during your federal campaign. But love and courage only ever matter in the here and now. I think you know deep down inside that something just isn’t right. You’re watching from Parliament Hill as land defenders and their supporters push back against the RCMP assault on the Wet’suwet’en. Carolyn Bennet’s office was occupied for 22 hours, and the British Columbia Legislature was forced to shut down. The Tyendinaga Mohawks forced CN Rail and VIA Rail to shut down operations, sounding an alarm bell to government and industry: business will not carry on as usual.

In the last election, you were the first federal party leader to visit Grassy Narrows. You were also the only federal leader to join over 1,200 hotel workers on the picket line in Vancouver. We began to catch a glimpse of a leader that could stand apart, bold enough to walk shoulder-to-shoulder with our movements, maybe even a politician we could call one of our own. Grassroots party activists privately told me that they wanted to build a federal party that stays engaged with movement work in between elections, too. With Jagmeet at the helm, they would build a fighting New Democratic Party, they said.

It can’t be easy to try and hold the party together, especially when justice demands that you stand against one of your own. But it is these moments that matter most, how we act in solidarity with oppressed people when it is inconvenient says a lot about our integrity.

You must make a choice. Do you fight in the movement for a more just society now or do you only show up during elections?

Let’s be clear: BC Premier John Horgan’s sanctioning of the RCMP invasion is a a colonial policy rooted in John A. Macdonald’s creation of the Northwest Mounties. While Canada reproduces itself over Wet’suwet’en territory, Indigenous peoples are relegated to marginality. As a Tamil refugee, I know what it means to be driven off my land, forced to flee by war and persecution. And I know that the sight of an invading army, a convoy of state security personnel deployed in a pre-dawn raid is not lost upon a Sikh man who rightly condemns India’s 1984 genocide. As NDP leader, you can be courageous and oppose the way Horgan criminalizes Indigenous resistance.

As a lawyer, you already know that the BC Supreme Court’s decision to enforce Coastal GasLink’s injunction violates Wet’suwet’en law, and contradicts the Supreme Court of Canada in Delgamuuk. In 1997, the Delgamuuk Court affirmed that the Wet’suwet’en had not given up their title over 22,000 square kilometres of their lands, and hereditary chiefs were recognized as the rightful decision makers on their lands. Even though Canada and British Colombia approved TransCanada’s pipeline through Wet’suwet’en territory, the Wet’suwet’en hereditary chiefs are the only authority that can sanction development on on Wet’suwet’en lands.

But land theft and dispossession have always anchored Canadian policy. Imagine what it could do for the movement to see the federal NDP leader take a strong, unequivocal position against anyone complicit in the Wet’suwet’en invasion? It would be an act of love to rise up for a future built on decolonization, self-determination, and sovereignty. Tell Horgan that you stand for a real nation-to-nation relationship built on parity of status between Indigenous peoples and the Canadian state. Demand that the RCMP stand down and Horgan negotiate, guided by the United Nations principle of “Free, Prior, and Informed Consent” from the Wet’suwet’en.

We are in a moment when young people committed to social and environmental justice are standing in solidarity with Indigenous nationhood. We see through Justin Trudeau’s reconciliation lies.

But it’s hypocritical–and an instance of cheap partisanship–to condemn Trudeau while you remain silent about Horgan.

You must know what Frederick Douglass said about power: it never changes on its own. You must demand that power changes. If nothing more, break ranks with Horgan. Love and courage demand nothing less.