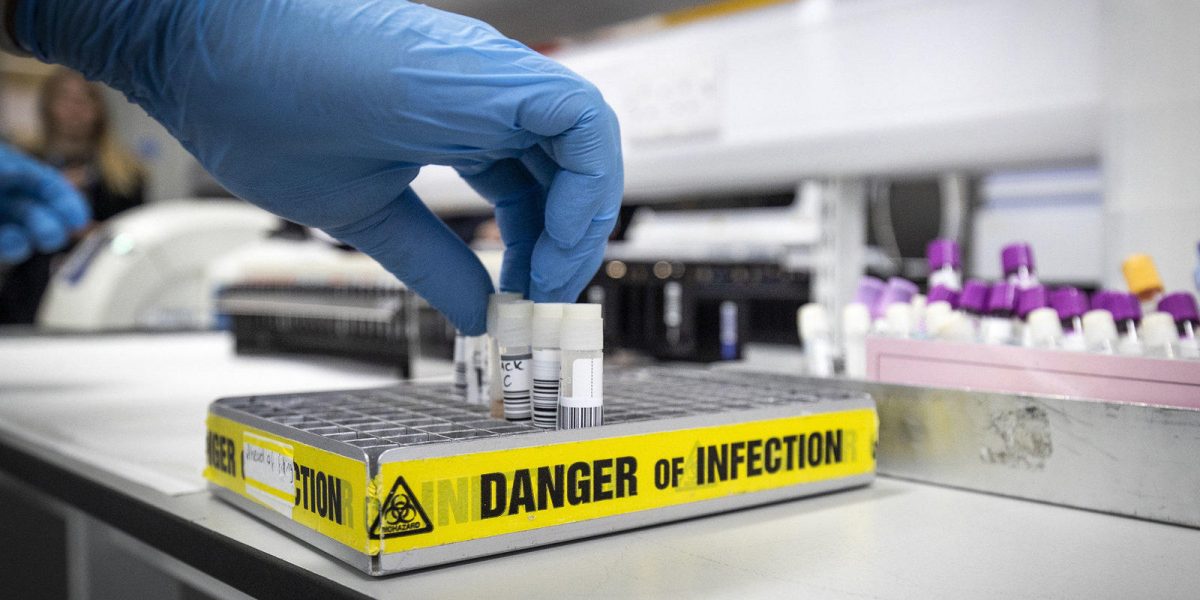 Statement from the International Socialist Tendency:

1. The Covid-19 coronavirus pandemic is generally presented as a “natural disaster”, an “external shock” to the normal functioning of the capitalist system. But this is quite untrue. There have been various novel coronavirus and influenza outbreaks (SARS, MERS, H5N1): epidemiologists warned posed the threat of a global pandemic.. The conditions for these outbreaks have been created, as the work of Marxist biologists such as Rob Wallace have shown, by the spread of intensive factory farming and the penetration by the market and capital of remote areas where new viruses develop among wild animal and bird populations.¹ It is a good example of what Marx called the “irreparable rift in the interdependent process between social metabolism and natural metabolism” created by capitalist agriculture – and, more broadly, of the destruction of nature driving climate change. This is a thoroughly capitalist pandemic that, if not combated, would take the lives of some 40 million people (according to projections by Imperial College London).

2. States’ response to the pandemic equally reflect the priorities of capital. In the advanced capitalist economies, neoliberal austerity has meant minimal emergency planning (or even, as in the case of the Trump White House disbanding the team responsible for preparing for pandemics) and healthcare systems that have been stripped to the bone. Governments have vacillated between a minimal response designed to keep the economy going (as in the notorious “herd immunity” strategy, which allows the infection to spread among the population, gambling with the lives of the vulnerable, that was initially attempted by Boris Johnson in Britain and is still being implemented in the Netherlands and Sweden) and lockdowns imposed by authoritarian measures. The failure to plan and prepare in advance has made it much harder to pursue the trace-test-and-treat strategy pursued in some Asian countries, at the cost of many thousands of lives, including those of healthcare workers battling to keep overwhelmed intensive care units going.

3. The pandemic is also precipitating a major economic recession – probably greater than the Great Recession of 2008-9. There is also nothing natural about this. It reflects the nature of an economic system governed by the logic of profit. Lockdowns inevitably disrupt production – the closure of the Chinese economy at the beginning of the year has been rippling through global supply chains, and the spread of the pandemic is shutting down sectors in the rest of the world. But in a different society this would not lead to the soaring unemployment we see around the world. The extreme panic on the financial markets indicates the fragility of a world economy that has been kept afloat for the past ten years by ultra-cheap central bank money and a huge accumulation of corporate debt (a condition exacerbated by the decision of Russia and Saudi Arabia to launch an oil price war). The same flight to cash (above all dollars) that we saw at the height of the crash in 2007-8 has frozen markets and sent all asset prices falling. States have stepped in on an even greater scale than they did then, flooding the financial system with liquidity and offering myriad forms of support to business, especially the big corporations. These measures have frequently included forms of income support to workers who have been laid off, but these have been limited in both amount and coverage, frequently excluding workers in the growing informal sector (for example, in the gig economy where insecure workers are often forced to describe themselves as “self-employed”) and undocumented migrants. Once again, the priority has been to defend profits, not the lives and livelihoods of ordinary working people.

4. Governments frequently use the rhetoric of war in the face of the pandemic and appeal to a supposedly shared national interest. But the burden of the crisis is falling on the backs of workers. Healthcare workers are often being forced to risk their lives without the proper personal protective equipment. While some groups of workers are able to work online from home, large numbers especially of manual workers are being forced to carry on working, often more intensively and on a larger scale, usually in conditions where it is impossible to practise social distancing – in farms and factories, supermarkets and pharmacies, warehouses, delivery vans and lorries, refuse trucks, buses and trains. Workers in the informal sector, who dominate the urban population in large parts of the global South, are badly hit by lockdowns, which cut off their income instantaneously, as we have seen in the desperate flight of millions of migrant workers from India’s cities. Covid-19 has provided a stark reminder that the world of 21st globalized capitalism still runs on labour – labour that is now exposed to new dangers.

5. In self-defence, the system has resorted to the tried-and-tested ideological mechanism of divide-and-rule. Trump’s insistence on talking about “the Chinese virus” has legitimized a myriad of racist attacks and insults directed at East Asian people. Migrants and refugees are particularly vulnerable, as has been shown in the horrific scenes on the border between Turkey and Greece. States are busy arming themselves with extra repressive powers, which they will be loath to surrender when the immediate crisis is over. And the blame game between the United States and China and the paralysis within the European Union will deepen inter-imperialist rivalries.

6. The coronavirus crisis, in other words, arises from conditions created by the contemporary forms of capital accumulation and its consequences are mediated through the class antagonism and inter-capitalist competition that constitutes capitalist society. But the official leaders of the left and the workers’ movement have fallen in with the government calls for national unity. Social-democratic politicians and trade-union leaders have largely echoed official policy and welcomed the measures to prop up the economy, even though these are designed to defend profits, not lives. But despite the demobilizing effects of this stance, groups of workers have taken action – most notably in France, Italy, and the US, forcing the closure of non-essential workplaces and demanding protective equipment where they need to keep working. This basic working-class response needs to be spread through wider action and to be generalized into a programme that become an axis of struggle.

7. This programme should include demands such as these:

8. The Covid-19 pandemic has harshly exposed the limits to capital. Right-wing governments headed by the likes of Trump, Merkel, and Johnson have been forced to invade domains forbidden to the state under neoliberalism, underwriting a huge range of economic activity and commissioning industrial production to provide equipment required by the health emergency. Even though inadequate and carried out to protect capitalism and from above, these policies demonstrate that there is an alternative to the dominant form of neoliberal capitalism. This has come at the very moment that the pandemic itself – like the East African floods and the burning of the Amazon last year and the Australian wildfires at the start of 2020 – reveals the scale of capitalism’s destruction of nature. In other words, genuine socialism – where working people take democratic control of the world and its resources and produce for need not profit – is both possible and necessary. There should be no return to the normality that is breeding these disasters. The pandemic is a frightening event that demonstrates the true destructive power of capitalism. But a powerful political response from the left can lay the basis for another kind of world, where humankind has a future.

This is shared from the International Socialist Tendency