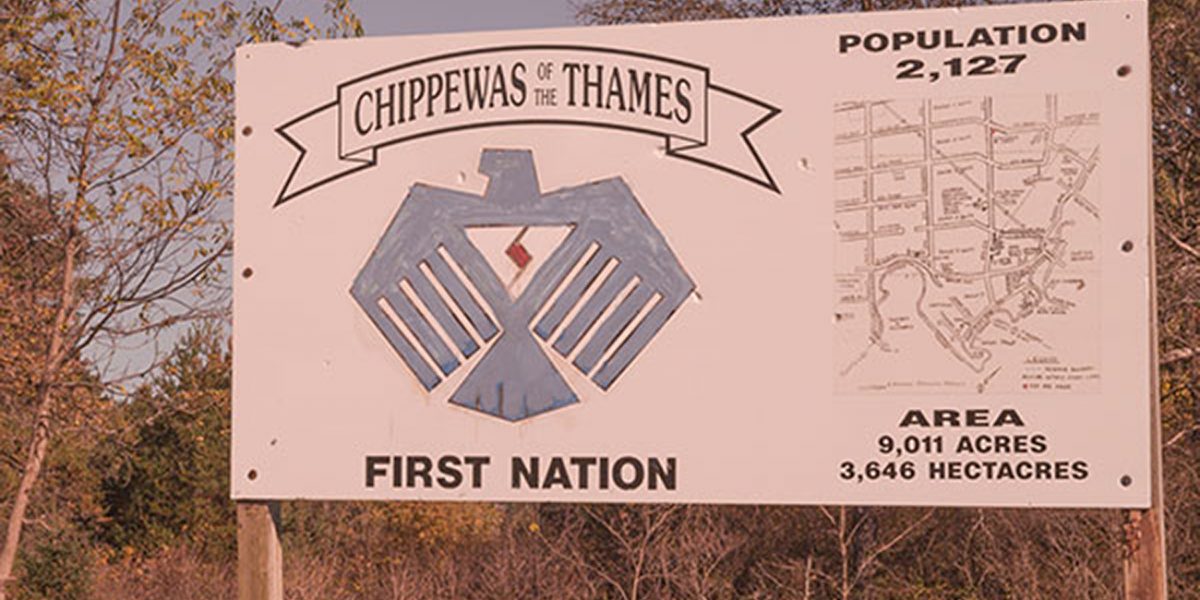 Spring Magazine had the honour of interviewing respected Elder and past Chief Myeengun Henry of the Deshkaan Ziibi First Nation (Chippewas of the Thames First Nation). He is the Manager of Aboriginal Services at Conastoga College and also hosts “Nish Vibes” at CJIQ 88.3 FM. This interview reveals the rise of anti-Indigenous racism in the face of communities restricting entry to their territories, added to the white supremacist resentment displayed during the Wet’suwet’en solidarity actions earlier this year. While the Nation’s traditions, ceremonies and medicines are helping the community cope with the pandemic, we need to increase our demands that the federal government respect treaties, recognize Indigenous territory and sovereignty, properly fund community infrastructure and services, and financially support the strengthening of Indigenous governance over all matters that affect their communities.

Where is Deshkaan Ziibi and how many members live in the community or nearby?

Deshkaan Ziibi is located 25 km southwest of London, Ontario in Middlesex county. We have 10,000 square acres off the freeway, a lot is farmland next to the Thames River. It’s beautiful with lots of sandy soil, where you can grow vegetables well.

We have a total of 3,000 members. Half live on the reserve and many live in nearby London.

Our community location is unique in that it was not designated by the government. We chose it ourselves, so we are unsurrendered or unceded territory. We chose that land whereas most reserves’ locations were imposed on them by the federal government.

We are under a pre-confederacy treaty, which is different from numbered treaties. We were the first to build treaties with the newcomers, which gave us more power in terms  of land ownership. But the government learned from that and took that away from nations with numbered treaties. So this is important for legal arguments.

What impact has COVID19 had on the community so far?

We have a health centre in our community. We’ve been lucky so far as there have been no cases on reserve, and we haven’t had any reports from off reserve members. But its’ not “business as usual” because after discussions at community meetings, we closed our borders to non-residents. And the effect is that our businesses are suffering (gas and tobacco) so that has a major, negative economic impact.

What problems existed before the pandemic and how are they being exacerbated?

The pandemic has opened up  to non-native people what native people have always had to deal with regarding jobs and health care. Lots of people were sent home laid off, but this always happened with us, as we were the first to be laid off historically.

When our unemployment rates are 80% it’s not considered a big deal for governments. But when the Canadian impact is 5% unemployment, a major call goes out. This tells us how native people have been treated over the years.

Definitely for me trying to keep our community healthy we have shown the dangers of bad water, roads, and inadequate infrastructure that can lead to bad health. Now it’s being shown how important those things are.

What are the main challenges for the community in facing this pandemic?

Well there’s the negative economic impact from having to restrict the availability of our stores to residents only. In our community we found our people have lower life expectancy. I do the funerals on reserve and over the last ten years lots more people under 65 years old are dying. This is really crucial and shows our life expectancy is about 15 years shorter than non-aboriginal people.

So there has to be more pressure on government to honour treaties and provide more funding to First Nations so we can combat these issues. We weren’t prepared for a major impact and First Nations have always been in that boat for all economic and health crises like this one.

What community strengths are in place to help the community through this?

We have a tight knit community. We don’t always get along in ideas but we come together in times of tragedy. We have food programs so nobody starves. Off reserve people have offered support to all members wherever they are. We have worked together to ensure road blocks.

We are also helping other First Nations, so this shows our bond.

This pandemic also opens up the area of our traditional medicine. I’ve been lucky to teach McMaster medical students our medicines. People are looking for alternative medicines, but a lot of our plants have been impacted by pollution. But we still try to use them to help the immune system and I think that’s helping our people. So keeping our traditions, stories, ceremonies and medicine alive are strengths that are helping us.

What are you hearing from or about other Indigenous communities?

Six Nations had 8 cases and one death form COVID19. And it’s starting to affect Nunavut so we’re concerned about all our brother and sister Nations.

Aamjiwnaang First Nation (where Sarnia is located) decided to close their river front road and they’re getting opposition from other residents and racism is being brought out. Even with our cigarette shops closed down we are getting a racist backlash. And this is happening across most First Nations.

What worries me more is what’s happening in the US. In New England, one Nation has been revoked as a Nation by Trump. This Nation wanted to open a casino but were denied their application because Trump tries to knock out any competition to his casinos. This could have a huge impact in the future in Canada and US, a “let’s get rid of First Nations” mentality and some people will agree with that.

It’s different in Canada with our treaties but the notion could take off against aboriginal people here.

What demands do you think need to be made on the provincial and federal governments to support the community? Can allies support community action in any way?

Everyone needs to understand the division of powers in Canada under the Constitution that gave the Provinces funding decisions that should have been left to the federal government, as that’s what’s supposed to be happening under nation-to-nation agreements.

So allies can support us by understanding the status that First Nations have. You can push MPs and the Prime Minister to give First Nations that recognition so we can develop our own plans of all kinds so we can be ready for these emergencies. If we rely on the province to throw a few dollars our way, it is not enough and won’t fix our longer term problems.