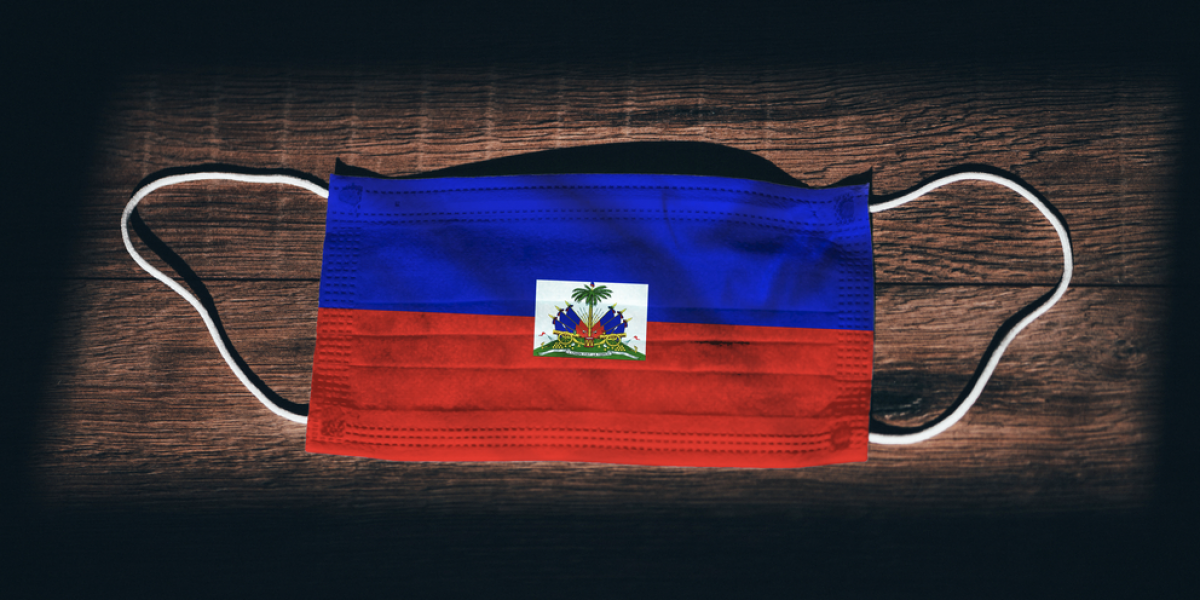 People and institutions who would deny racism or prejudice continue to apply centuries old stereotypes to Haitians with impunity.

But the COVID-19 rate is far higher in Montréal than Port-au-Prince. From a macro public health standpoint it makes little sense to be particularly worried about Haitians infecting Canadians. If anything, Haitians should be concerned about Canadians traveling there. Ostensibly, the Sun and other media are focused on Haiti because Ottawa delayed by 15 days (Jan 6 to Jan 21) implementing a requirement for inbound travelers to show a negative COVID-19 test.

Anti-Haitianism: from HIV to cholera and now COVID-19

While it’s difficult to parse out legitimate public health concerns from deeply entrenched anti-Haitianism, historically it is clear that Haitians have repeatedly been stigmatized as diseased. Most infamously, Haitians were labeled as the originators of the HIV virus in the US in the early 1980s. As a result, the country’s significant tourism industry basically collapsed overnight. Some Haitian exports were even blocked from entering the US!

The Centers for Disease Control (CDC) labeled Haitians a risk group, which gave rise to “the 4-H’s” designation of Homosexuals, Hemophiliacs, Heroin addicts and Haitians. At the time the Canadian Red Cross publicly identified Haitians as a “high-risk” group for AIDS, the only nationality singled out. In 1983 they called on homosexuals and bisexuals with multiple partners, intravenous drug users, hemophiliacs and recent immigrants from Haiti to voluntarily stop giving blood. But, it’s unclear if the incidence of AIDS in Haiti was greater than in the US. By 1987 it was lower in Haiti than in the US and other Caribbean nations.

Decades later the stigmatization remains. In 2017 US President Donald Trump reportedly said Haitian immigrants “all have AIDS” and in 2016 former MP André Arthur claimed “Haiti is the country where AIDS started”. The Quebec City radio host added that the “hopeless”, “sexually deviant”, nation should be taken over by France as in the “heyday of colonial Haiti” (“belle époque de l’Haïti colonial”).

In another example of stigmatizing Haitians over disease, CDC incident manager for the Haiti cholera response Jordan W. Tappero blamed Haitian cultural norms for the 2010 cholera outbreak in that country. He told Associated Press journalist Jonathan Katz that Haitians don’t experience the “shame associated with open defecation.” As was then suspected and later confirmed, cholera was introduced to Haiti by a UN base that followed poor sanitation practices, dumping feces from recently arrived Nepalese troops into a stream people drank from. More than 10,000 Haitians died and hundreds of thousands were made ill as a result of the waterborne disease.

Impoverishment and weakness are part of what makes it possible to blame and stigmatize Haitians. But there is also a broader, deeply entrenched, anti-Haitian discourse.

Vodou, for instance, has been demonized for two centuries. In 1986 a CBC Journal reporter casually noted, “large numbers of Haitians are driven by wild stories and voodoo rituals and myths” while a 1994 Montreal Gazette article calling for “trusteeship” of Haiti claimed: “The true religion of the people is voodoo, with its fearful profusion of capricious spirits, the ‘loa,’ who always threaten to punish human beings who fail to placate them by sacrifices. Haiti is a society with little solidarity.”

Important for securing Haitian independence, Vodou offered spiritual/ideological strength to those who rose up against their slave masters. A Vodou ceremony at Bois Caïman in August 1791 helped launch the slave revolt that became the Haitian Revolution. The 1791 – 1804 Haitian revolution dealt a crushing blow to slavery, colonialism and white supremacy globally. “Arguably”, notes Peter Hallward in Damning the Flood: Haiti and the Politics of Containment, “there is no single event in the whole of modern history whose implications were more threatening to the dominant global order of things.”

In the aftermath of the Haitian Revolution thousands of photos, articles and books disparage Haiti, depicting the slaves as barbaric. This is despite the fact that 350,000 Africans were killed, versus 75,000 Europeans, over 13 years. The reason was the fear of successful revolt instilled in the ‘white’ world.

Some two centuries later evangelical Christians openly deprecated the Bois Caïman ceremony as a “deal made with Satan.” After the deadly 2010 earthquake, influential US pastor Pat Robertson claimed it was a punishment for making a “deal made with Satan” at Bois Caïman. He told his TV viewers Haitians “were under the heel of the French. You know, Napoleon III and whatever … And they got together and swore a pact to the devil. They said, ‘We will serve you if you will get us free from the French.’ True story. And so, the devil said, ‘OK, it’s a deal.’” Robertson added, “you know, the Haitians revolted and got themselves free. But ever since, they have been cursed by one thing after the other.”

There is a connection between the reaction to the Haitian Revolution and COVID-19 headlines in Canadian newspapers today. Anti-Haitian sentiment runs deep. Too many people have failed to check their ignorance and racism.