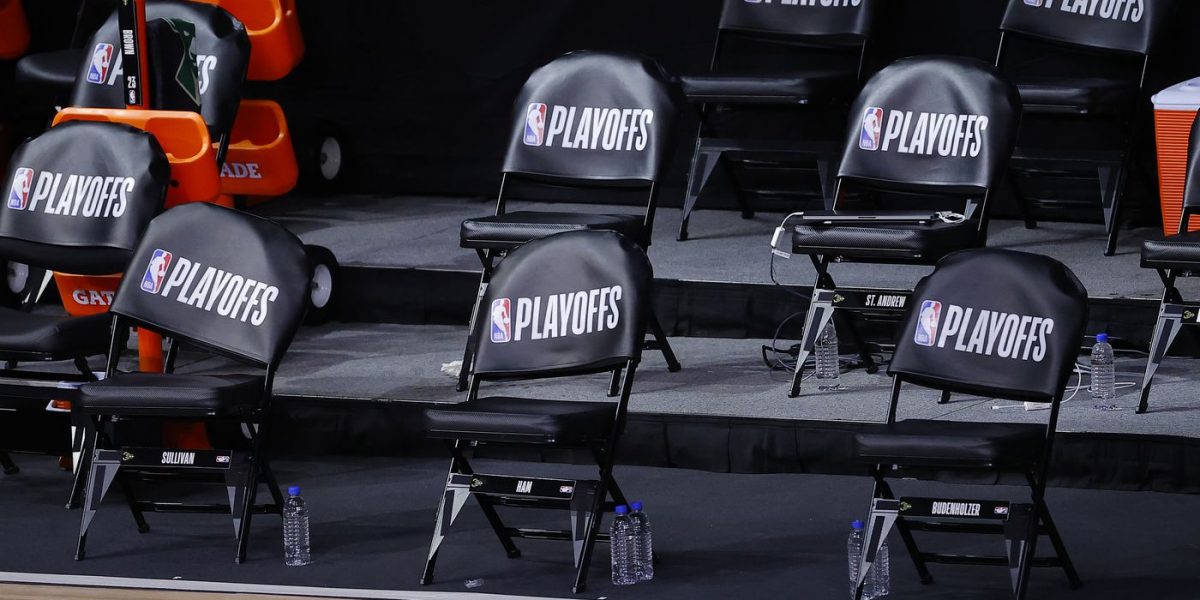 In an unprecedented display of workers’ power in the modern NBA, players refused to take the court for game 5 of the NBA playoffs between the Milwaukee Bucks and Orlando Magic. Players initiated this wildcat strike for racial and social justice. They were angered and pained over yet another police shooting, this time of Jacob Blake in Kenosha, Wisconsin on August 23. The NBA strike shows us the power workers have in fighting for racial justice.

A history of standing up

Players taking stands for racial justice and against police brutality is nothing new in the NBA. When Mohammed Abdul Rahoof refused to stand for the U.S. anthem in 1996 to protest oppression and racial injustice, he was drummed out of the league for doing so. The killing of Trayvon Martin in 2012 sparked a new round of protests against racial injustice, with the Miami heat donning hoodies adorned with #WeAreTrayvonMartin. In 2014, in the midst of the NBA playoffs, recordings of racist comments made by then Los Angeles Clippers owner Donald Sterling were leaked. Players, from both the Clippers and Golden State state Warriors, had contemplated walking off the floor and not playing in protest. As Jamal Crawford reflected, “If we didn’t play the first game. I don’t think we would’ve played any games, to be honest with you. I think that just would’ve been that, until something happened.” Players did protest Sterling openly on the court, but the game went on. Sterling was forced out of ownership, but the protests didn’t stop.

In 2014 players across the league wore “I can’t breathe” shirts to protest the grand jury decision which let the police officers who murdered Eric Garner off the hook. Popular and powerful stars in the NBA, most notably Lebron James, took a lead in supporting the burgeoning BLM protests.

Since 2012 players in the league have worn shirts, posted endlessly about the need for racial justice, refused to visit the White House and they marched alongside so many others – for Freddie Gray, for Sandra Bland, for Philando Castile, for the countless other victims of police violence. Players were leveraging their power and finding their voice. But police violence and white supremacy still raged.

The murders of Breonna Taylor and George Floyd and the massive wave of protests that they ushered in was a turning point. Players were not playing as the league was suspended due to COVID-19. But across the league they protested and made their voices heard. As the NBA planned to restart in a bubble, players demanded that they be allowed to raise their politics in the workplace. They forced the NBA to allow the right to kneel for the national anthem, to wear “approved” social justice slogans on their jerseys (though many players are protesting this control by the NBA) and to have “Black Lives Matter” painted on the court. Players in the bubble were literally wearing their politics on their sleeves.

The horrendous video of Jacob Blake being shot by the police, in front of his children, was a painful reminder to NBA Black players of the structures of anti-Black racism and ever-present police violence in society. Players were visibly anguished. Posting and t-shirts just didn’t seem enough. Norman Powell , a member of the NBA champion Toronto Raptors, stated, “I think everybody’s at the point of sitting up and saying ‘Black Lives Matter’ and sitting up there and having these discussions and Zoom calls… and putting apparel on — that’s not getting the job done. Taking a knee for the anthem, that’s not getting the job done. It’s starting to get washed out.”

As another Toronto Raptor, Fred Vanvleet, put it, “At the end of the day, if we’re gonna sit here and talk about making change then at some point we’re gonna have to put our nuts on the line and actually put something up to lose, rather than just money or visibility.”

Over the last 48 hours players in the bubble talked endlessly amongst themselves about what next, what can they do? The dam finally broke tonight. Players used their power as workers to strike, to push for racial justice. When the Milwaukee Bucks refused to take the court they issued a statement that, in part, said:

“The past four months have shed a light on the ongoing racial injustices facing our African American communities. Citizens around the country have used their voices and platforms to speak out against these wrongdoings. Over the last few days in our home state of Wisconsin, we’ve seen the horrendous video of Jacob Blake being shot in the back seven times by a police officer in Kenosha, and the additional shooting of protestors. Despite the overwhelming plea for change, there has been no action, so our focus today cannot be on basketball”

This is an inspiring moment that has knock on effects. It shows workers can and do have power as workers to effect social change. After the players walked off the court in the Bucks Magic game, the WNBA players also struck and this was followed by several teams in Major League Baseball and Major League Soccer. NBA commentator Kenny Smith even upped and walked out of the studio on NBA on TNT live during broadcast in solidarity with the strike.

Players in the NBA do have a unique bargaining position compared to other workers in society. They are richer, they are highly skilled and they have a massive media platform. But they are not acting in isolation, and they are not the first to strike. West coast longshore workers went on strike against anti-Black racism, with legendary activist Angela Davis visiting the picket lines. And last month the Strike for Black Lives mobilized thousands in hundreds of cities across the US. This is the context for the NBA players striking, which can in turn legitimize striking as a weapon of anti racist action for other workers across the country and around the world.

Radicalization is a process

The NBA wildcat strike is historic and it tells us a couple of things about the process of radicalization.

The fight for reforms can be radicalizing. In the struggle for Black Lives, the fight against police violence bumps up against the structural power of white supremacy and capitalist order. While reforms can be made of the police, none of these reforms can alter the function of the police in a racist capitalist state. Black players, who experience the structures of racism all their lives, have over the last number of years tried everything they can. They have protested, raised their voice, donated money, and learned political lessons about the limits of what they can do as players off the court. They arrived at the conclusion that they had to leverage their power as players on the court to exert maximal influence. No one starts out with such radical ideas, they have to arrive at these conclusions by waging the fight through a series of lower stakes tactics. The journey of NBA players from making powerful symbolic gestures in support of Black Lives Matter, to striking for Black Lives mirrors exactly what the socialist Friedrich Engels noted about the process of social change “Our theory is not a dogma but the exposition of a process of evolution, and that process involves successive phases.”

Some on the left have a backwards notion that social movements should be secondary to workplace action. That workers radicalize only at work and can only understand and experience class conflict in a direct confrontation with the boss. What this misses is how social movements and workplace dynamics intersect. And how the experience of race and class are intertwined for racialized workers. Political movements to defund the police or oppose war can just as easily radicalize and build the confidence of workers inside a workplace to leverage their power as workers as can a singular strike inspire broader class solidarity. Political and economic struggles are related and build upon each other. As Rosa Luxemburg observed long ago, “the movement on the whole does not proceed from the economic to the political struggle, nor even the reverse…the economic struggle is the transmitter from one political centre to another; the political struggle is the periodic fertilisation of the soil for the economic struggle. Cause and effect here continually change places.”

The NBA wildcat strike is not just a powerful political moment in North America, it is also a lesson in how all workers can radicalize and be empowered in the fight for racial and economic justice.