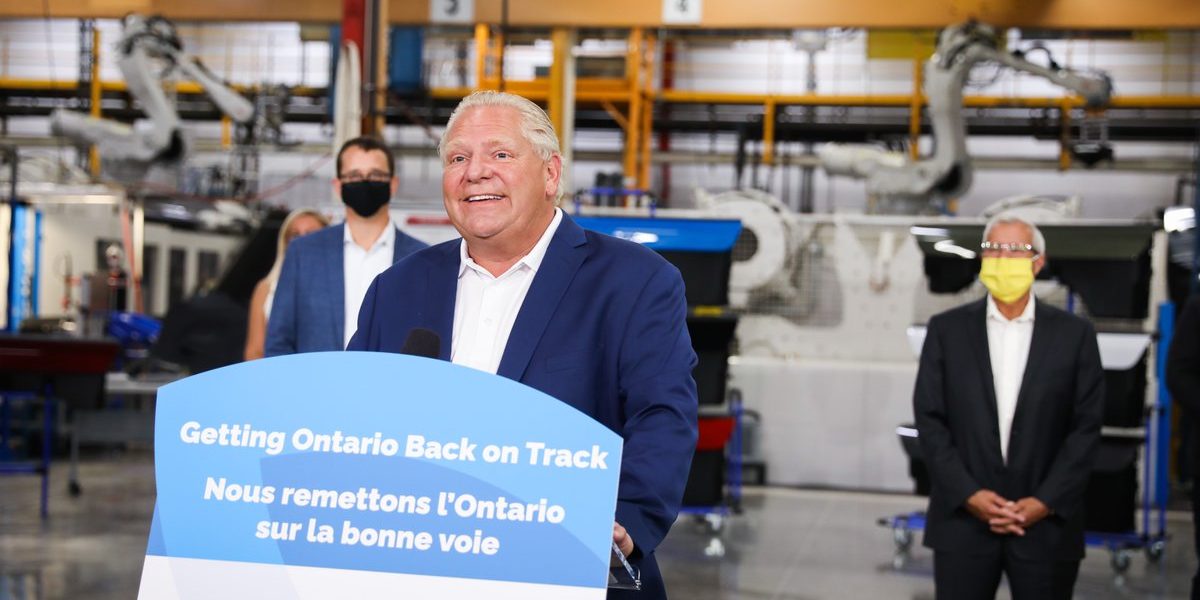 The Toronto Star recently came out with a series of investigative pieces revealing how corporate lobbyists have influenced the Ford government’s pandemic response to the detriment of the public’s health and safety. In Ford’s decisions to spend millions on COVID-19 tests that were never approved or delivered from a now defunct company to renewing operation agreements with private long-term care homes that have been committing mass murder against our elderly population, he and his government continue to demonstrate their commitment to taking advice from corporate lobbyists over medical experts.

Liberals, Tories and the business lobby

Make no mistake, the Ford government is corrupt and he needs to be voted out during the next election in June 2022. That being said, it would be naive to believe that the problems of corporate overreach into our political system can be rectified by simply voting in the Liberals or even the NDP. The Conservatives are not the only party that have a history of entertaining the whims of corporate lobbyists who gain preferential access to our politicians through cash-for-access dinners and speaking events. For example, during her first three years in office, former Ontario Liberal premier Kathleen Wynne held 159 “intimate” events, mostly with corporate leaders and lobbyists, who paid up to $10,000 a ticket to gain access to the premier and cabinet ministers over cocktails and steak tartare.

The public has also witnessed several scandals weathered by the Trudeau government as it was caught red-handed caving to pressure from corporations or doing the bidding of a charity with a corporate-like financial structure. Recall the SNC Lavalin scandal that saw Trudeau attempt to pressure former Attorney General, Jody Wilson-Raybould into quietly resolving the corruption and fraud case against SNC-Lavalin Group Inc. using a deferred prosecution agreement (DPA). This was after the Trudeau government had quietly amended the Criminal Code to establish deferred prosecution agreements at the bidding of SNC-Lavalin lobbyists, which allows companies accused of certain types of economic offenses to avoid criminal charges.

Who can forget the WE charity scandal last year that revealed the government’s and Trudeau’s close personal dealings with the charity and its founders, Marc and Kraig Keilburger. After WE sent two ‘unsolicited’ proposals to the federal government for the creation of a “social entrepreneurship” program, Trudeau promptly attempted to roll out the Canada Student Service Grant (CSSG). The CSSG was a $900-million program that paid students up to $5,000 to volunteer over the summer. WE Charity was initially asked to implement this program, which would have garnered the charity $43.5 million in administration fees, while overlooking other candidates including The United Way Canada and the YMCA.

None of these cases are isolated or exceptional, rather they demonstrate the failures of representative democracy under capitalism. The reason Ford, Wynne, Trudeau and every government before and after them will design policy at the bequest of corporate lobbyists is because within a capitalist economy, money talks, and the average person doesn’t have a direct say in how our governments govern. Rare is the time when politicians will consult directly with the population on day-to-day decisions via referendum. Instead, our MPPs and MPs have immense discretion over how to vote and act within legislative bodies where they are given free rein to heed corporate interests. By doing so, they ensure that their party’s coffers and their personal bank accounts remain full as corporations give thanks by donating to political parties and engaging in good old fashioned bribery.

The solution to this conundrum isn’t to elect an ‘everyday Joe’ who’s ‘for the little guy’, it’s to build movements that push to expand democracy and workers’ power. The only antidote to the power of corporate lobbyists is the organized power of workers fighting for economic and racial justice. We need to fight for a society that puts people before profits. We need real democratic control over the economy and our public institutions.