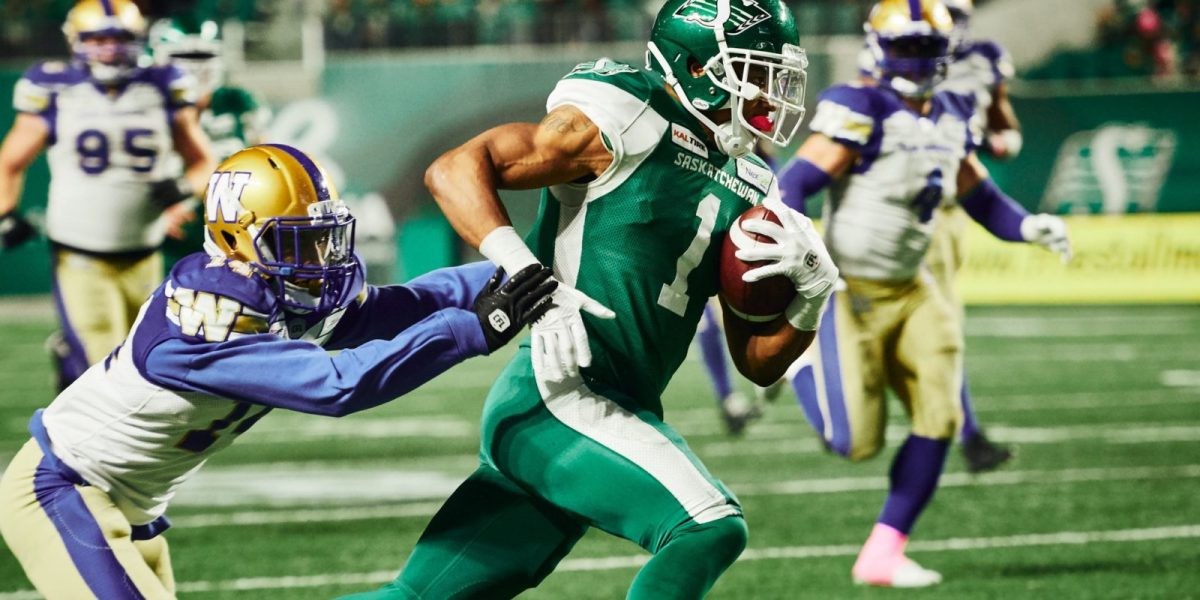 The Canadian Football League is in danger and, therefore, so is Canada. At least, that’s what league commissioner Randy Ambrosie would like to have you and the federal government believe.

Ambrosie testified before the House of Commons on Thursday that because of COVID-19, the future of the league is “very much in jeopardy,” with the 2020 season likely to be cancelled. He paired this with a call for $150 million in public funding to keep the league afloat. When asked if this was a bailout, Ambrosie deflected by calling it a “partnership” while pulling on nationalistic heartstrings: “[W]e want our next Grey Cup — Canada’s 108th — to be the place where we can all celebrate that we did get through [the pandemic]. And that Canada is back.”

It’s tempting to dismiss Ambrosie, the same man who told football players demanding a living wage to get second jobs during the offseason, as just another business owner begging for a bailout in the face of the pandemic. But if sports is just another business, there’s no denying that it’s a business that holds significant purchase in the everyday lives of working-class people. People who say they “aren’t political” still care about sports, and it’s clear in his emphasis on celebrating Canada that Ambrosie knows this as well as anybody.

Sports and the fiction of national belonging

Sports is part of the national story that we tell ourselves about who we are. It’s no coincidence that in the United States, baseball is “America’s pastime” and football is “America’s game,” complete with military flyovers at the end of the national anthem. In Canada, the Canadian Football League (CFL) tried out the slogan “Radically Canadian” before transitioning to the only slightly more subtle (but no less nationalistic) “This is Our League.” No discussion of Canadian sports is complete without hockey, a national bond that speaks for itself. For many newcomers to Canada, understanding hockey is a way into Canadian culture and, more importantly, a way to gain acceptance into Canadian society.

Of course, racialized people know that we never truly get to be “Canadian”—not when we face racism and alienation in sports and everywhere else in our lives. There is nothing that is neutral in the face of the oppressive hierarchies that generate poverty, discrimination, and violence. And yet, the purported neutrality of sports often escapes scrutiny.

To make this nationalist fiction work, to hold onto that dream that we can experience what everyone tells us this country can be for us, we create a parallel fiction that sports is for everyone, regardless of race, class, gender, sexuality, or disability. The National Hockey League tells us, “Hockey is for Everyone,” even as Black and Indigenous hockey players are subject to racist attacks from fans and their own teams, and even the other day when a hockey player was caught sending horrifically misogynistic messages in a private group chat. We’re told over and over again that there’s “no place” for the horrors that minorities experience in sports despite their omnipresence. If we want to believe that sports is a unifying force, we have to endure the melting-away of our differences that would make us speak up.

Once our identities have been lost against the backdrop of sports and nationalism, we lose the ways that our identities shape our worldviews. As a result, we often end up forgoing a deeper analysis of sports as a site of politics, particularly of sports as a business and athletes as (disproportionately racialized) workers. This is what allows us to see striking athletes as “greedy millionaires” without considering that the team owners are billionaires making money from the physical endangerment of their athlete employees. It’s what makes us deride athletes seeking long-term stability for the many years following a career that will only last until their bodies are used up (with added misogyny in the context of the fight for fair pay in women’s sports). It’s what makes us applaud individual athletes for paying into funds to cover the salaries of stadium workers during COVID-19 without questioning why one group of employees is expected to pay another group of employees a living wage while bosses are nowhere to be found.

Regardless of whether we like sports or can find solidarity with people making millions of dollars, sports has captured the collective imagination of society. When we ignore the everyday impact of sports, we surrender a major political battleground to the ruling class and allow billionaires and corporations to shape the narratives that are fed to working-class sports fans. These narratives are what led to the American bill that allows employers to deny seasonal workers and minor-league baseball players minimum wage, with nationalism baked into the name of the bill, the “Save America’s Pastime Act.” Similarly, people by-and-large celebrate the football players who crossed the picket line during the 1987 NFL players’ strike, even making a movie about them, “The Replacements,” featuring Keanu Reeves as the lead scab and the film’s hero. The liberal fantasy of sports, that any of us can be successful, be Canadian, if we just try hard enough, is constantly used against us to divide our working-class solidarity and score victories for wealthy employers.

The political game within the game

Randy Ambrosie is bundling together sports and nationalism to win working class support for yet another government bailout of a failing business. The danger here is that these narratives are persuasive and far-reaching. This is not just another business bailout—the CFL and Ambrosie have the potential to sway a lot of working-class people into supporting bailouts for bosses and business owners instead of increased support for workers. If we ignore the power that sports has in society, we stand to lose hard-fought ground as socialists.

I will miss Canadian football and my beloved Toronto Argonauts dearly if something happens to this league. But if Ambrosie wants to pit our love of sports against our solidarity, let’s show him that he’s playing a losing game.