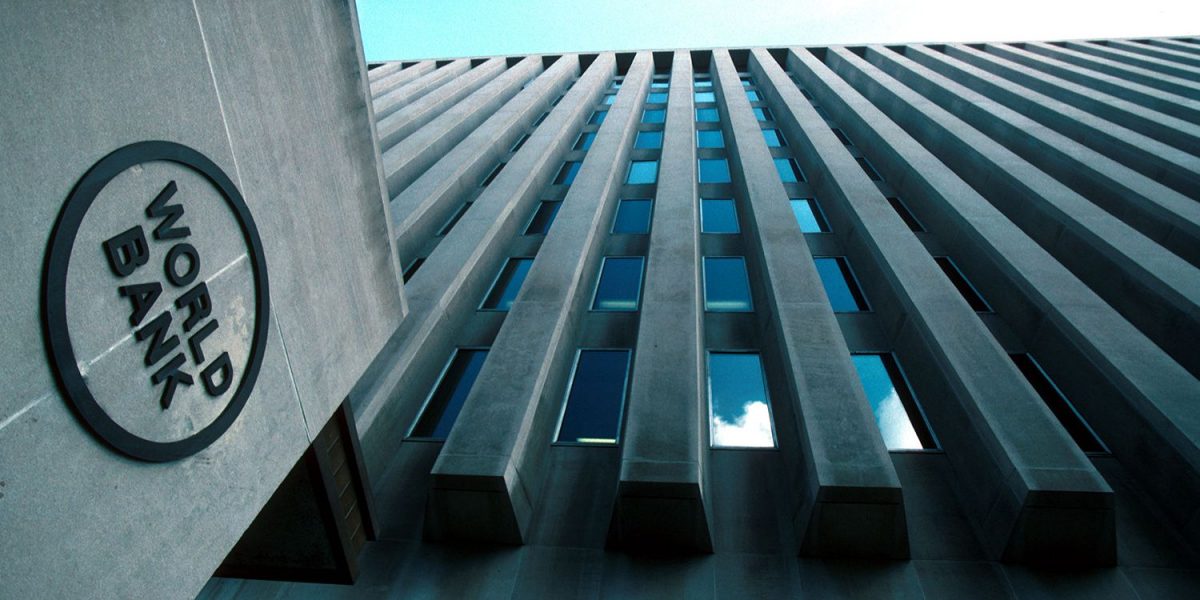 The World Bank is hardly a neutral commentator on the problems facing the capitalist system. Evidence of its role as an enabler of global exploitation and an agent of the imperialist powers is abundant and clear. For this very reason, its latest Global Economic Prospects report is a very revealing and enormously interesting piece of work.

This report was crafted by people who are worried about the state of global capitalism but who earnestly want it to succeed. They present a disturbing economic assessment and issue dire warnings but they are insistent that the threat of stagflation can be contained with less painful results than in the 1970s and they are convinced that those at the helm of the system’s leading institutions are wiser and more capable than they were at that earlier time.

It is worth taking a look at some of the principal findings and conclusions of the report, written as it is at a time of several sided crisis. It will also be useful to test and challenge the World Bank’s insistence that a return to robust growth and a sustained period of stability is a realistic possibility for global capitalism.

That the report is going to deliver disturbing news is clear from the outset. The first chapter opens by noting that “Still suffering from the effects of more than two years of pandemic, the global economy is experiencing yet another major negative shock” in the form of Russia’s invasion of Ukraine. In the face of these impacts, “the world economy is expected to experience its sharpest deceleration following an initial recovery from global recession in more than 80 years.” The Bank tells us that:

The situation in the imperialist countries is serious enough but, for ‘emerging market and developing economies’ (EMDE), the unfolding crisis is utterly horrendous. “EMDE growth is projected to roughly halve this year, slowing from 6.6 percent in 2021 to 3.4 percent in 2022 — well below its annual average of 4.8 percent over 2011-19.” The report goes on to tell us that:

“As a result of the damage from the pandemic and the war in Ukraine, the level of EMDE per capita income this year will be nearly 5 percent below its pre-pandemic trend. This development is expected to lead to a net increase of 75 million people in extreme poverty by the end of this year relative to pre-pandemic projections.”

In this dismal context, we are told that “The global outlook is subject to various interlinked downside risks.” It is noted that “Intensifying geopolitical tensions could further disrupt economic activity” and that “Additional adverse shocks would increase the possibility that the global economy will experience a period of stagflation reminiscent of the 1970s, with low growth and high inflation.” Additionally, “Central banks may be forced to tighten monetary policy more rapidly than currently expected to bring rising price pressures under control”.

The report also acknowledges that “The pandemic could worsen due to the appearance of new, more virulent variants and lead to the reintroduction of disruptive control measures” and it warns that additional impacts of this nature “could result in a much sharper and more prolonged global slowdown.” Under the impact of such downside risks, “global growth could fall to 2.1 percent and 1.5 percent in 2022 and 2023, respectively.”

The report elaborates on the risks and challenges in considerable detail but, as it moves to proposed solutions, a critical reader will begin to wonder if those who put it together really imagine that political leaders and policy makers are likely to act on their advice.

They declare that “The global community needs to urgently step up efforts to limit the humanitarian cost of Russia’s invasion of Ukraine and armed conflicts in other parts of the world” and they seem to think this is likely to happen because they go on to suggest that “Once the geopolitical situation has stabilized, coordinated efforts will be required to support and finance the reconstruction of war-ravaged areas.” As the US-led Western powers send in ever more weapons, in order to generate a bloody quagmire in the Ukraine that will weaken their Russian rival, this recommendation seems delusional.

The report, presumably in all seriousness, then declares that “International assistance will be needed to cushion the blow from surging oil and food prices, particularly in poorer nations facing acute food insecurity risks.” Perhaps hoping to tweak the conscience of Big Pharma, it calls for “efforts to end the Covid-19 pandemic, particularly in the poorest countries. Sustained collective action is required to bolster global pandemic preparedness and rapidly expand vaccination campaigns.”

The writers go on to point out that “Globally coordinated debt relief efforts, including the G20 Common Framework for debt treatments, are critical to help EMDEs where debt sustainability has sharply deteriorated amid weak growth, surging commodity prices, and tighter financing conditions.” This hardly novel proposal has a long history of being disregarded by those who profit handsomely from bleeding indebted poor countries.

Finally, the report would like to see a “smooth transition toward low-carbon energy sources.” As the records for greenhouse gas emissions are shattered, you really have to wonder whether this World Bank wish list is advanced as a form of dark humour. Yet, for all its pious declarations about just remedies, the report is written by one of the key institutions of global capitalism and salvaging that system is its objective. The writers want us to believe that a 70s style stagflation crisis and a severe global slump can be averted because the leading policy makers are “better informed and work with more effective tools than in the past. Unlike the situation in the 1970s, central banks have well-established inflation targets, strengthened operational autonomy and, in many cases, substantial credibility built up over several decades.”

It is worth considering this claim that capitalism’s crisis management abilities have vastly improved so that the present storm will be weathered and stability rapidly restored. The present crisis has been generated by a global pandemic that reflects capitalism’s assault on the natural world and that is a foretaste of the much greater disruptive impacts that the climate crisis will unleash. The problem has now been exacerbated by the effects of a conflict in Ukraine that is entirely linked to intensifying global rivalry between the major powers.

The world’s economy has, indeed, been massively undermined by these factors but it is worth noting that, following the shattering financial crisis and economic downturn of 2008-2010, the international economy was only able to sustain the most sluggish ‘recovery’ imaginable, despite the best efforts of the central banks at stimulation. Moreover, it is clear that conditions of economic downturn were already setting in before the onset of the pandemic. We might also add that the ‘supply shocks’ that have played a major role in triggering a cost of living crisis are largely attributable to the fragile ‘just in time’ supply chain that was developed during the neoliberal decades, in order to intensify exploitation and maximise profits. Far from having achieved a level of greater level of stability than in the 1970s, the crises of capitalism are even deeper and more explosive than they were at that time.

Finally, it is hardly surprising that the World Bank is circumspect on the question of class conflict. Yet, when it comes to how this crisis plays out, the struggle between the working class and the capitalist class will be the decisive question. Contrary to the declared aims of the report, the system’s problems won’t be solved by measured and humane conduct on the part of the ‘global community.’ However, more brutal ‘solutions’ that focus on making working class people across the planet shoulder the burden of the crisis are already being put into effect.

Jerome Powell, the head of the US Federal Reserve is no longer denying the prospects of a recession. He states that “There could be some pain involved in restoring price stability.” He warns that “The Fed could be faced with a Hobson’s choice: Push the economy into a mild recession or wait and possibly cause a more significant recession.” Most ominously of all, Powell wants ‘a better balance between labor supply and demand’ in the form of higher unemployment and openly declares that his ideal goal is to “get wages down and then get inflation down without having to slow the economy and have a recession.”

The World Bank’s Global Economic Prospects report offers an interesting picture of the scale and some of dimensions of the crisis conditions that are intensifying within capitalism internationally. If you take its humane and sensible proposals with a grain of salt and do a little well advised reading between the lines, you can see that, like any of the crises that mark the history of capitalism, the real issue at hand is who will pay for this one. This report is a strong indication of just how sharp and serious the struggle to settle that question is going to be.

This article was first published by Counterfire.