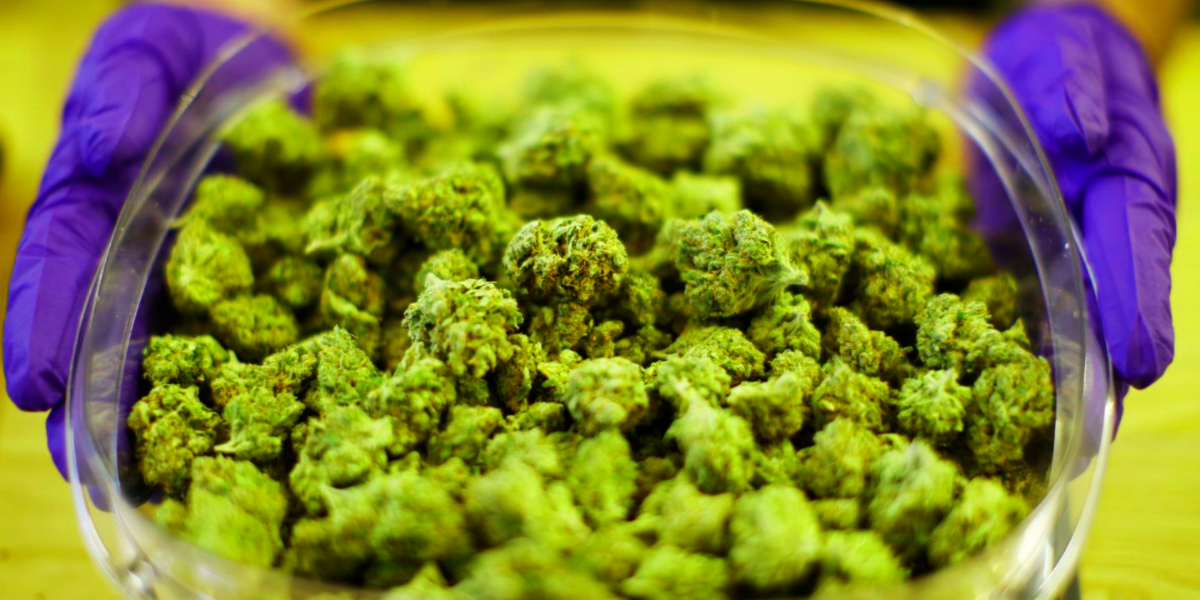 Tanya is a cannabis equity activist who is involved in a union drive at her workplace. In the lead up to International Weed Day (April 20), Spring Magazine’s Loretta Fisher interviewed her about the historic ways in which cannabis criminalization was used to incarcerate communities of colour, the growing corporatization of weed, and the emerging struggles for equity.

As both an activist and union organizer, what is the connection that you make around marijuana law advocacy and the unionization of your workplace?

As cannabis has moved from the legacy (grey) market to the legal market there are people being left behind—mainly racialized and precarious workers. First, we see the majority of those holding higher positions in the new legal market as overwhelmingly white, and those in the most precarious positions in retail and agriculture as racialized. So there is a divide in who is holding power in the cannabis market. We know those in more precarious positions have lower wages, less benefits, unstable hours and a lack of health and safety.

These are some of the main reasons my workplace colleagues have been fighting to unionize! From a ‘big picture’ perspective we’re seeing more racialized workers being excluded from the legal market, whether through immigration status, or charges stemming from the operation of the legacy market. Migrant workers are being employed on the agricultural side and they historically have even less benefits than precarious workers with permanent status. For more on this subject, please check out https://migrantrights.ca/status-for-all/. As a note, agricultural workers are not allowed to join a union in Canada.

When it comes to exclusion in the retail market, many of those with possession charges are excluded from employment as many retailers require a criminal background check in order to become employed. Moreover, the expungement process in Canada has been deemed a failure as it is costly, cumbersome and inefficient. We see this hurting those who have pioneered and fought for legalization—mainly racialized people.

Bill Blair built his former career as Toronto Police Chief largely through targeting Black and brown youth in low-income neighborhoods, disproportionately convicted of simple possession of marijuana or for personal use. Later, plans to legalize developed, and Bill Blair, has built a business to cash-in on the legalized marijuana industry. Isn’t that a clear conflict of interest?

Yes, regarding Bill Blair, it is a conflict of interest to say the least. From 2005 to 2015, he orchestrated the arrest of many BIPOC for minor cannabis possession, at more than three times the rate of whites, even though the data showed relatively similar rates of cannabis use across racial groups. As a result, racialized populations end up unfairly burdened with criminal records limiting their ability to participate fully in our society.

Plus, I have always been against the biased policies of racial profiling and carding introduced by Bill Blair. I supported the voices of activists calling to stop this in my city, and other cities, as it clearly targets BIPOC youth in low-income neighbourhoods to be incarcerated.

However, I am not surprised at Blair’s appointment and his plan to now profit from the marketing of cannabis. This turn of events reminds me of when we tried to stop the appointment of Glen DeCaire as head of security at McMaster University. When he was Hamilton’s police chief he’d been responsible for instituting carding in Hamilton that carded a Black City Counsellor at a bus-stop. McMaster students were integral in his removal as police chief—so it was a big slap in the face when the university turned around and hired him as their head of security! Besides showing that the police force and the university are both connected through entrenched systemic racism, it also shows they did not value or take seriously the demands of these activists. They preferred to laud his credentials on paper instead of recognizing his harmful actions in the public eye.

Similarly, I feel that the new wave of cannabis activists should look critically at such issues and bring them to the forefront. Since legalization many ‘activists’ have joined the corporate market and ceased their critical dialogue. I am disappointed that they don’t see the work that still is to be done. These cannabis influencers must make a choice: hand over the industry corporate opportunists like Bill Blair, or expose blatant inequities while continuing the fight. The political struggle is ongoing, and I feel the next big wave of intersectional activism in cannabis is coming.

How is the failure to expunge criminal records for marijuana possession or use connected to the broader history of inequitable application of marijuana laws and the targeting of Black and brown youth in Canada?

Cannabis was not always illegal, but it only became illegal as it was popularized by communities of colour. Anti-Chinese sentiment in Canada in particular was at the heart of a series of changes around cannabis from 1910 through to the 1930’s. Possession was made into a deportable offence. Propaganda linked cannabis use and possession to corrupting White women and culture. The war on drugs from the 1960’s onward also imposed harsher penalties on communities of colour caught for possession. In the 1990’s and early 2000’s cannabis refugees, mainly from the United States, began appearing in Canada as medical use amnesty became popularized. Into the 2000’s people defied laws and set up lounges, shops, and other underground businesses. Many of these people were targeted, raided and charged.

We know through statistics that conviction rates and severity of charges are usually harsher for communities of colour. Under the Harper government especially, BIPOC people were subjected to harsher mandatory minimum sentences that started at two years of jail time for dealing. Now those pioneers, who fought for our ability to regulate and use the plant safely, are facing a failed government program that promised to help. The word ‘expungement’ is misleading as it offers more of a suspension without erasing the record, and still prohibits movement and employment. In reality, most applicants have not been able to prove ‘eligibility’ for ‘expungement’, which means their records will not be erased after all.

In her book Policing Black Lives, Robyn Maynard defines state violence as “the complex array of harms experienced by marginalized social groups that are caused by government policies, actions and inaction.” How does the failure to clear criminal records in an expedient fashion constitute a form of state violence?

Unfair social policies promoting ongoing poverty is definitely a form of state violence. It is widely observed and reported that this program was not successful here. Comparing it to places like Illinois, it’s so embarrassing to see how the Canadian program creates roadblocks and raises barriers instead of eliminating them.

The current interim chief of police, James Ramer, bragged this week on TV about the implementation of this expungement program. But he did not clarify that the process does not actually erase criminal records, even when you do qualify. He also did not happen to mention the low number of applicants. But if criticized he is likely to blame those he’s bragging about ‘helping’ for low numbers, claiming it’s their fault for having multiple charges against them. Even though this is due to deliberate over-policing of racialized communities. Ramer did not mention that legal barriers are still in place to refuse employment. By upholding these barriers that restrict movement and remove access to employment, the Canadian government causes racialized sections of our population to live in poverty without social mobility. A mix of targeted action and willful inaction continues to inflict state harm on BIPOC who fought for legalization, but as yet remain criminalized and economically excluded.

So, regardless of cannabis legalization, painful inequities have still remained for some of us, sending up serious smoke signals about bias and unfair marginalization. I desperately wish to see more of the cannabis activists, who did benefit from legalization, take up this issue, correct it, and make it fair and inclusive.  If the Black and racialized pioneers who fought for this right are not de-criminalized, as previously promised by the government, then that means the fight for legalization is not truly over. This is something to ponder, and to organize around, on this years’ International Weed Day (4/20) and beyond.

Loretta’s Poetic 4/20 Pronouncement:  “Take heed that capitalist greed does not dictate the path of the weed.”