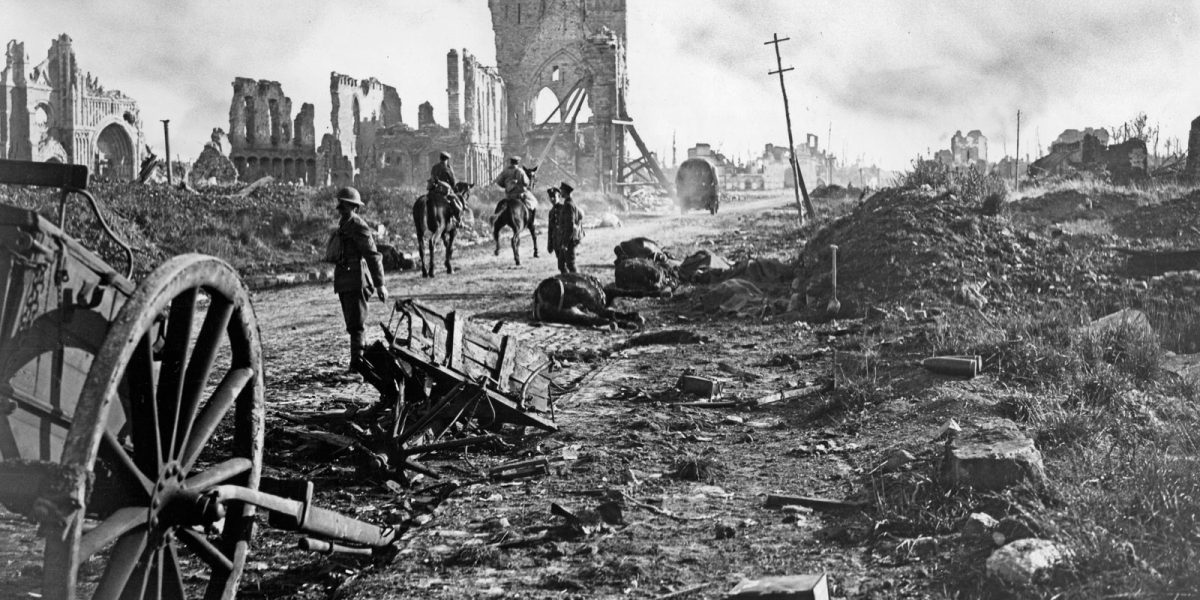 The war fever has reached an acute stage. It has now attacked the poets.
– “Pertinent and Impertinent,” Calgary Daily Herald, August 4th, 1914

Some may be surprised at the deeply emotional and mixed reactions to the opening of World War I in Canadian newspapers, and the forms they took. While many have described the patriotic response to war in Canada, the early days of war were met with greater ambivalence than is usually assumed. The Calgary Daily Herald and the Manitoba (now Winnipeg) Free Press were two of Canada’s major papers that published poetry to evoke the anti-war feelings of Canadians.

A century ago, poetry was a popular literary form that appeared in various sections of newspapers. In August 1914, as war broke out in Europe, editorial pages showed support in verse form for British imperial loyalty, justice for Belgium and other seemingly principled tenets that supported waging war. Drawing on traditions from past wars, editors also chose poetry that centred on more individual virtues, like duty, courage, sacrifice and glory. However, newspapers like the Herald also expressed fear and sorrow at the outset of the fighting.

On August 8th, 1914, the Herald published the poem “The Wail of the Mothers” with its repeated line, “Oh, give me back my son!” In its August 29th pages, another poem, titled “Peace!” opened with these lines:

Great God of Peace and Love, how long shall man
Shed blood of man for paltry pomp of power,
And earth be rife with warfare, and the land
Filled with the tears of widowed hearts, that cry
To Thee in bitter agony for aid?

A good portion of the Herald poetry, however mediocre, made explicit an anti-war tendency the paper obviously wanted to expose. It’s manifest in a brooding piece from August 1st, “War From Its Inglorious Side“:

I was conceived in passion, hatred, envy and greed [….] I lay waste the green fields and still the hand of industry.
I pillage the land of its resources but contribute nothing of benefit to mankind, leaving pestilence to stalk ghostlike in my wake and complete the work of destruction.

But the Herald printed poetic anti-war opinion until only about halfway through the war’s first year, and the later examples far less resembled the cris de coeur from August’s editorial pages. The ironic column “Pertinent and Impertinent” (source of the epigraph) included the poem “What About It?” on January 2nd, 1915:

They’re goin’ to pray tomorrow
About this awful fight
That’s goin’ on in Yurrup,
With slaughter day and night,
Until from readin’ of it
My very soul is sick,
An’ all the prayer that I can think
Is, “O Lord, end it quick.”

The Herald cut back on all such sentiments just as Canada’s troops entered the conflict in large numbers. From March 1915 until the war’s first anniversary, no anti-war poems and few poems at all appeared on the editorial page, itself reduced in size by half.

More literary content graced the Manitoba Free Press editorial page, with a regular feature presenting poems, and a semi-weekly column discussing poetry and other published literature. Despite the paper’s blatantly pro-British and pro-war editorial stance on the front page, the occasional anti-war poem appeared within. On October 9th, 1914, Henry Van Dyke’s “Stain Not the Sky” decried the rise of air warfare:

Pass on, pass on, ye lords of fear!
Your footsteps in the sea are red,
And black on earth your paths appear
With ruined homes and heaps of dead.
Pass on, and end your transient reign,
And leave the blue of heaven without a stain.

Like the Herald, many of the anti-war poems in the Free Press focused on the war’s consequences for women. The women’s section of the paper (near the back page every Saturday) included a poem. While few alluded to the war, the ones that did were compelling. Some advised wives and mothers to assuage their fears and grief with pride in their warrior men, such as Canadian Mohawk poet Pauline Johnson’s “A Cry from an Indian Wife” from August 29th, 1914.

Others, though, condoled in terms not diluted by anodyne patriotism. Theodosia Garrison’s September 12th poem, “A Woman’s Voice,” and another by Leigh Mitchell Hodges from October 17th, “For the Women and the Children Left Behind,” are good examples of poems that explicitly address the hardships borne by the families of fighting men. The imagery in Margaret Widdemer’s “The Housekeeper” (A more legible copy of the poem is here), from December 5th, 1914, transmutes domestic woe with an evocation of women’s role in creating the world order that is peace. Its final verse:

I who labored beside my mate when the work of the World began,
The watch I kept while my children slept I will keep to-day by Man:
I have crouched too long by the little hearths at the bidding of Man my mate
I go to kindle the Hearth of the World, that Man has left desolate!

Some poems examined how the war made enemies of soldiers on both sides of the conflict, despite their commonalities. W.N. Ewer’s “Five Souls” of October 23rd, 1914 gives proof of this from the perspective of five individuals heading off to war against one another, each assured he gives his life for “freedom.” Robert Underwood Johnson’s “Peace after War,” an American Civil War-era poem published on February 1st, 1915, and Edith M. Thomas’s “The Peace Pact” from Christmas Day the previous year, both reconcile former enemies despite how war undermines their fraternity. Christopher Morley’s poem “Peasant and King,” republished from the New York Evening Post on October 19th, 1914, confronts the soldier’s real enemies: the capitalists and generals who send him to die.

You who put faith in your banks and brigades,
Drank and ate largely, slept easy at night,
Hoarded your lyddite and polished the blades,
Let down upon us this blistering blight […]

Our sense of the First World War experience is dominated by images of national and imperial will, grim perseverance and enormous loss. This anti-war poetry tends toward moral dismay, if very rarely touching on political dissent. Did poetry provide a much needed antidote to the psychic trauma resulting from the great disruption of world peace in 1914? Indeed, after nearly a year of war, on July 7th, 1915, the Free Press literary columnist wrote: “I should not wonder if the average newspaper reader has not read more poetry since the war began to take its toll than ever he read in his life before.”

Today, popular expression takes the form of ubiquitous self-revelation, in both news and social media. In 1914, however, expression was frequently given in poetic form, and newspapers employed poems to reflect the sentiments of their readers.

This was originally published on ActiveHistory.ca