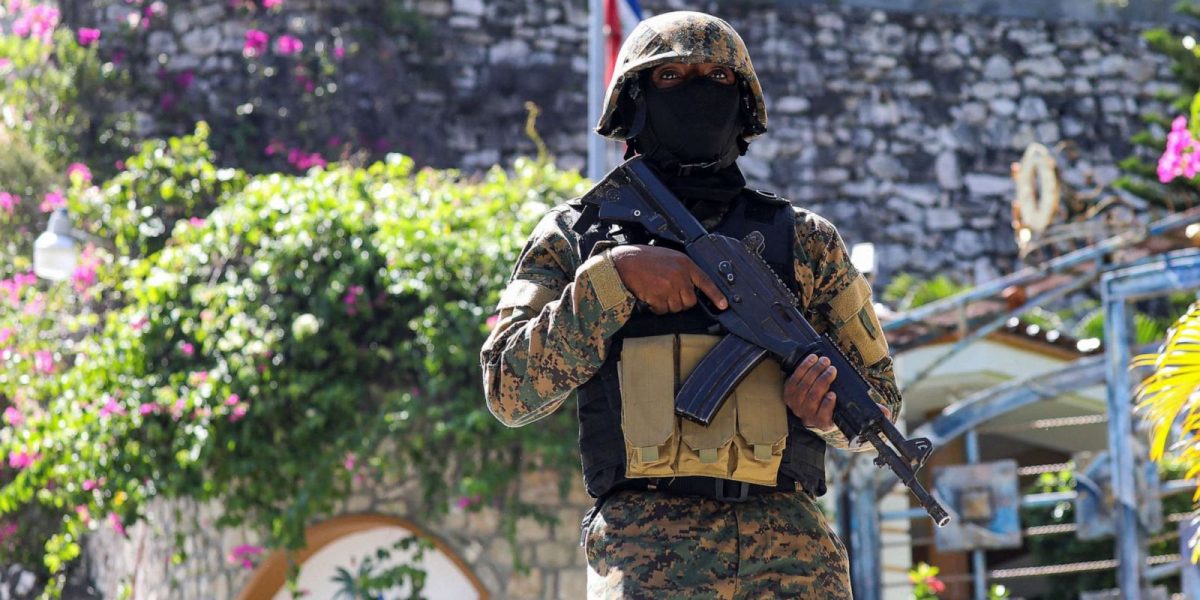 The assassination of President Jovenel Moïse last month reflected the disintegration of Haitian politics after a decade of foreign intervention that empowered the right-wing PHTK party. A broad group of Haitian political actors, la Commission pour la recherche d’une solution à la crise, is seeking to form a consensus government that would remain in place for a year or two in a bid to stabilize the country, revitalize moribund state institutions and then oversee elections.

But the self-appointed Core Group (US, Canada, France, Spain, Germany, Brazil, UN and Organization of American States) announced Ariel Henry as the Prime Minister of Haiti, and want the PHTK to oversee quick elections, which will be easy to manipulate—something that has happened numerous times in the recent past. As a result, many Haitian civil society and political actors have criticized the Core Group’s ‘selection of Haiti’s leader by statement’. To understand their concerns, imagine the Jamaican, Congolese, Guatemalan and Filipino ambassadors releasing a collective statement on who should be prime minister of Canada. But this kind of interference in Haitian democracy is the latest in series.

In the most credible election in Haitian history, Jean Bertrand Aristide’s Fanmi Lavalas won more than 70% of the votes for 7,000 positions. In the May 2000 legislative and municipal elections they took an unprecedented 89 of 115 mayoral positions, 72 of 83 seats in the Chamber of Deputies and 18 of 19 Senate seats.

But the foreign backed opposition parties, knowing they had no chance of gaining power via the ballot box in the foreseeable future, cried foul. After initially describing the elections as “a great success for the Haitian population”, the OAS subsequently criticized the counting method in a handful of Senate seats. The opposition boycotted the subsequent presidential election, which they had no chance of winning. A USAID poll of 1,002 Haitians conducted on the eve of the November 2000 presidential election showed that Aristide was far and away the most popular politician and Fanmi Lavalas was the preferred party by an incredible 13 to one.

In one of the most impressive feats of 21st-century imperial propaganda, supposed ‘irregularities’ in the May legislative and municipal election became the justification for destabilizing and ultimately overthrowing Aristide. In other words, the 2004 coup against President Aristide began with an effort to discredit elections he neither participated in nor oversaw. The US- and Canada-sponsored destabilization campaign included an aid embargo, funding for opposition groups, diplomatic isolation and paramilitary attacks. It culminated with US, French and Canadian troops invading the country to physically remove the president.

Incredibly this was all planned, in broad outline, in advance, in Canada. In 2003 Jean Chrétien’s Liberal government organized the “Ottawa Initiative on Haiti” where high-level US, French and OAS officials discussed ousting Haiti’s elected president, re-creating the dreaded army and putting the country under UN trusteeship. Thirteen months after the meeting Aristide was forced out and Haiti was under UN occupation. The military was subsequently re-created.

Then in 2010 the capital of Port-au-Prince was devastated by an earthquake. But instead of dispatching Heavy Urban Search and Rescue Teams to help with relief and medical support, Ottawa sent 2,000 troops to join over 10,000 US troops. As internal Canadian government documents show, they were deployed out of concern over a “popular uprising” amidst the political vacuum and the return of Haiti’s most popular politician, Aristide, from forced exile.

While their massive capacities offered certain logistical benefits, the foreign troops trampled on Haitian sovereignty by seizing control of the airport and port.  Simultaneously, the government was sidelined from international reconstruction. In the months after the quake the US and Canada demanded the Haitian parliament pass an 18-month state of emergency law that effectively gave up government control over the reconstruction.

Not viewing then-President Renée Préval as sufficiently compliant, the US and Canada pushed for elections to take place only months after the horrific earthquake. With rubble throughout Port-au-Prince and hundreds of thousands living in camps, Canadian Foreign Affairs Minister Lawrence Cannon demanded Préval hold elections by the end of the year. In May 2010 Cannon said, “the international community wants to see a commitment, a solid, serious commitment to have an election by the end of this year.”

As a result of various obstacles tied to the earthquake—and a devastating cholera outbreak introduced to the country by negligent UN troops in October 2010—hundreds of thousands were unable to vote during the first round of the November 28, 2010, election. Another factor dampening turnout was the exclusion of Aristide’s Fanmi Lavalas from participating.

Following the first round of voting the US and Canada forced the candidate whom Haiti’s electoral council had in second place, Jude Celestin, out of the runoff. Rather than the candidate of Préval’s social democratic INITE party, US and Canadian officials claimed the extreme right-wing Michel Martelly deserved to be in the second round. A US and Canada dominated OAS electoral mission concluded Martelly was in second place despite, explains the Centre for Economic Policy Research, no “legal, statistical, or other logical basis for its conclusions.”

Nevertheless, Ottawa and Washington pushed the Haitian government to accept the OAS’s recommendations. Cannon said he “strongly urges the Provisional Electoral Council to accept and implement the [OAS] report’s recommendations and to proceed with the next steps of the electoral process accordingly.” In an interview, Canada’s Foreign Affairs Minister warned that “time is running out”, adding that “our ambassador has raised this with the president [Préval] himself.” As part of their full-court press, Haitian officials had their US visas revoked, Secretary of State Hillary Clinton traveled to Port-au-Prince and there were threats that aid would be cut off if Martelly’s vote total was not increased as per the OAS recommendation.

The pressure worked. But only about 20% of potential voters participated in the second round of elections, which Martelly ‘won.’ Washington and Ottawa backed Martelly as he failed to hold constitutionally mandated elections and became ever more violent. As president, Martelly surrounded himself with former Duvalierists and death squad leaders who’d been arrested for rape, murder, kidnapping and drug trafficking. When brutal dictator Jean-Claude Duvalier returned to Haiti after 25 years, Martelly told the New York Times no one wanted him prosecuted except for “certain institutions and governments” abroad.

During repeated visits Canadian foreign minister John Baird praised Martelly for “going in the right direction” and operating “a really functioning government.” In 2013 Baird and minister for the Americas Diane Ablonczy met Martelly and his Prime Minister Laurent Lamothe in Port-au-Prince saying, “we share with Haitian leaders the goal of seeing a self-sustaining economy with opportunity for all Haitians and a greater role for private-sector actors, including Canadian companies.” Ottawa backed Martelly until protests forced him to leave office at the end of his five-year mandate.

They also helped Martelly make the little-known Jovenel Moïse his successor. The US and Canada pushed to move forward with the second round of voting after mass protests broke out over election irregularities. When the second round was finally cancelled Global Affairs put out a statement headlined “Ministers Dion and Bibeau concerned by postponement of Haiti’s presidential elections.” A subsequent audit of the election results found that 92% of polling place tally sheets had significant irregularities and a stunning 900,000 of the 1.5 million votes cast were from ‘accredited poll observers’ who could vote at any voting station. In a new election a year later barely one in five eligible voters participated. According to official figures, Moïse received less than 600,000 votes — just 9.6 percent of registered voters. Voter suppression was widespread.

Déjà vu all over again

The current Core Group traces its roots to the 2003 Ottawa Initiative on Haiti meeting. Some have labeled it a “fourth branch” of the Haitian government. But the Core Group’s success at rallying the PHTK behind Ariel Henry demonstrates its influence may be greater than that. Henry was a member of the ‘Council of the Wise’ created by US/France/Canada to appoint the prime minister after Aristide was ousted in 2004.

Beyond direct efforts to dampen turnout, elections had largely lost their legitimacy. Many Haitians believed then and believe today that no matter who receives the most votes the tallies will be ‘arranged’ to suit the ruling candidate. And if a pro-poor candidate wins, their agenda will be stifled or they will be overthrown. This belief is based upon experience. The vast majority of Haitians are right to be angry at foreign interference in their country. Look at where it has led.