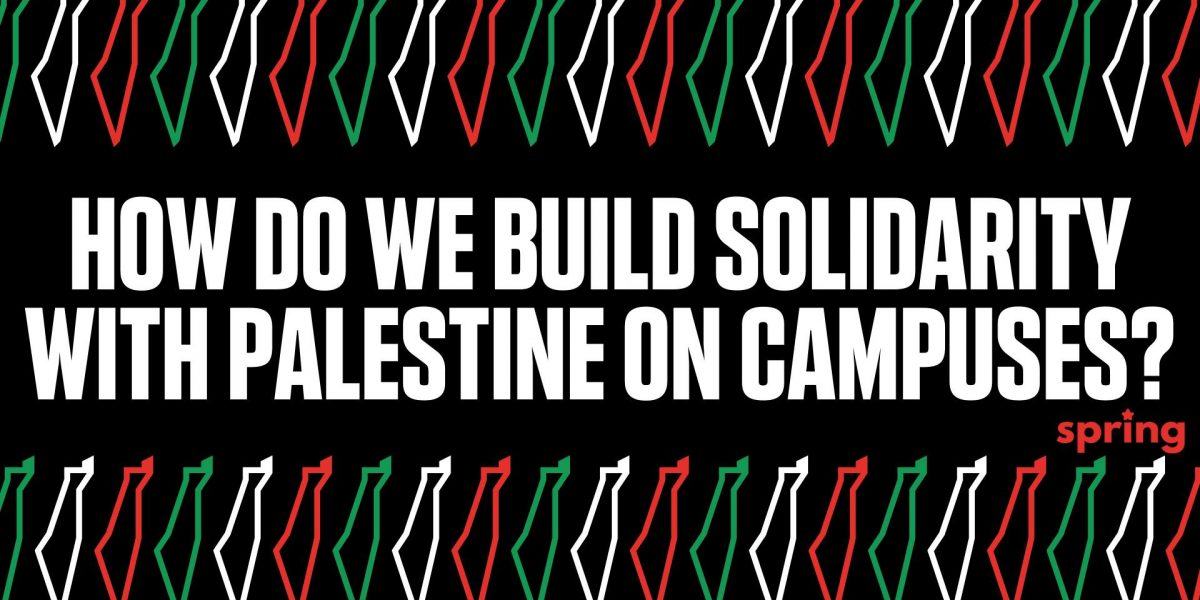 On March 16, 2022 Spring Magazine hosted a roundtable discussion on how do we build solidarity with Palestine on campuses? This discussion panel looked at the history, achievements, challenges, and opportunities for building campus based movements in support of Palestine. It featured organizers Laura Khoury, Yara Shoufani and Hossam Sleiman who had all been part of successful BDS campaigns at different post-secondary campuses.

The discussion was moderated by Spring’s Youssra Rahmouni.