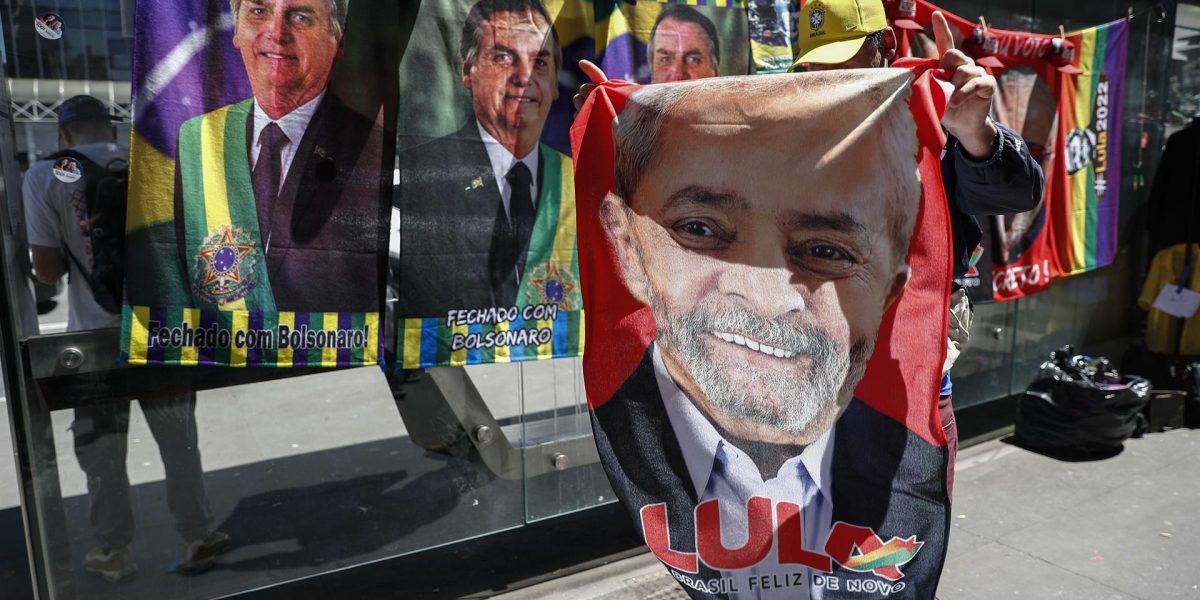 The 156 million Brazilians who go to the polls on October 2 to elect a new President, Governors of 26 states and the Federal District, one third of Senators, and all State and Federal Deputies face a clear political choice: democracy or neofascism.

The election for President pits ex-President Luiz Inacio Lula da Silva (Lula) of the Workers’ Party (PT) against the incumbent, Jair Bolsonaro, of the Liberal Party (PL). All polls show Lula with 10-15 percentage points ahead of Bolsonaro with a distinct possibility of winning in the first round.

This election has inflamed political passions like no other since the redemocratization of the country after the military regime which ruled Brazil from 1964-85. Indeed, the two leading presidential candidates were on opposite sides, then and now.

Bolsonaro was an army captain, arrested and eventually expelled from the military for indiscipline and involvement in a plot to explode bombs in an army barracks to pressure superiors for salary increases. He then served 27 years as a federal deputy for the state of Rio de Janeiro with a political base among police officers and soldiers.

In 2018, he was elected in the second round of presidential elections with 55% of the vote in a campaign marked by his authoritarian political platform, neoliberal economic proposals, fake news, elegies for the military dictatorship, and attacks against women, blacks, Indigenous peoples, and the LGBTQ community.

By any measure, Bolsonaro’s four years in power have been an unmitigated disaster. The economy is in shambles with double-digit inflation and unemployment. Extreme poverty affects 30 million citizens. Public services, pensions, labour rights, education, healthcare, and environmental regulations have been gutted.

His mismanagement of the pandemic—with almost 700,000 deaths (and counting)—has led to calls for his prosecution for crimes against humanity. Nothing illustrates his disdain and disrespect for Brazilians more than his imitating (on several occasions) a person dying of COVID as a cheap joke.

He rose to power on an anti-corruption platform yet led a government mired in corruption scandals. He and his three sons as well as ex-Ministers and allies will certainly face investigations if he loses the elections and may very well be condemned in the criminal courts.

Small wonder that he courted the support of Donald Trump and other authoritarian leaders in Europe while he was effectively shunned by democratic leaders around the world.

There are legitimate debates about whether the Bolsonaro goverment and his supporters are fascists or neofascists. Yet there is little doubt that Bolsonaristas openly embrace several historical elements of fascist regimes. His political slogan in the current campaign is “God, Fatherland, and Family,” taken right out of the playbooks of Italian fascism, German Nazism, and Brazilian Integralism, a homegrown fascist movement in the 1930s.

His undermining of gun control, threats against the democratic process, and aggressive nationalism are all hallmarks of fascist regimes. Indeed, his violent rhetoric against the PT in the current election campaign has stimulated his supporters to commit two murders of PT members, several bombings at political meetings, and dozens of individual attacks against left-wing activists. Just this week, a Bolsonaro supporter physically assaulted and threatened an employee of a polling firm with a knife.

Lula emerged on the political scene as a trade union activist in the 1970s whose leadership of several metalworkers’ strikes broke the back of the military dictatorship. Taking office as President in 2003 and buoyed by high demand for Brazilian agricultural and mineral exports, Lula oversaw a thriving economy and the passage of many progressive political reforms.

There are legitimate debates and criticism of the errors of the PT governments from 2003-16. They accepted many tenets of neoliberalism, left the super-lucrative financial system in place, and, without doubt, cozied up uncomfortably close to corrupt, allied politicians, state enterprises, and private businesses. Lula himself spent almost two years in prison for corruption before being acquitted of all charges.

Yet there is no comparison between the level of corruption, disrespect for democracy, and violence perpetrated by the Bolsonaro regime with the errors of the PT governments.

The choice is breathtakingly clear in the upcoming elections in the second largest democracy in the Americas: democracy or neofascism.