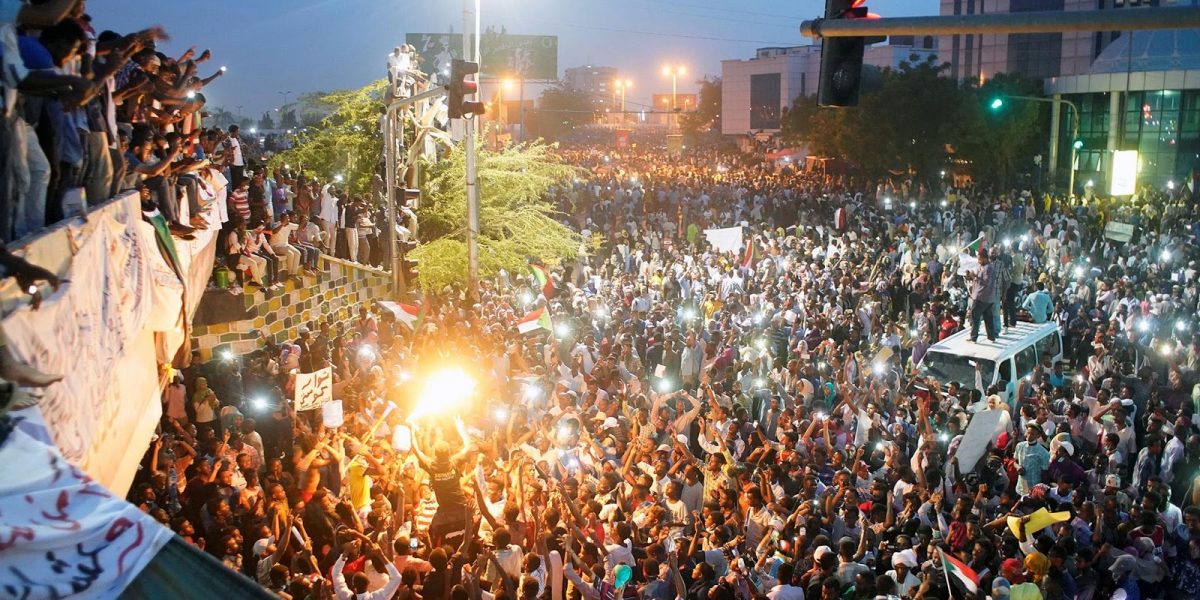 For the past six months Sudanese have taken to the streets to overthrow the regime that has ruled them with an iron fist for three decades. The trigger of this revolution is not just a series of economic events; fuel scarcity, inflation and the inability of people to withdraw money from banks. Over the last 30 years, the government drove Sudan to the ground, killed thousands upon thousands of innocent men, women, and children, and split the country in half, causing a divide between the North and the South.

Below is a timeline of the events that have taken place since December 2018:

The following is a breakdown of the roles each of these world powers play in Sudan’s ongoing conflict:

China and Russia: part of the United Nations security council, these countries have historically backed Bashir’s regime by supplying arms and investing in Sudanese oil, mining, and infrastructure sectors. Since China and Russia have agreements with Bashir’s regime (including the Janjaweed), these world powers have continuously used their veto power on the UNSC to block resolutions condemning the violence of the Janjaweed on Sudanese civilians.

USA: The United States has a long-standing relationship with the head of Sudan’s National Intelligence and Security Services (NISS) on “counter-terrorism,” Salah Gosh. Gosh has been responsible for ordering the killing of Sudanese civilians since December when the protests had begun.

The European Union: facing massive migration issues, the EU has been supporting Bashir’s government both logistically and monetary, providing huge amounts of money to the Janjaweed forces through the “Khartoum Process,” a platform for political cooperation amidst the countries along the migration route between the Horn of Africa and Europe.

Qatar, Turkey, and Iran: these three countries have ideologically supported Sudan’s Muslim Brotherhood through the provision of training, political support, and investments.

Canada: in recent days, a Montreal based lobbying firm, Dickens & Madson, has signed a US $6 million dollar deal with the Janjaweed with the promise of expressing the “legitimacy” of the TMC by lobbying the AU, the UN, and the US, provide equipment to the military council when needed, invest in their oil and continue to strengthen ties with Russia and Saudi Arabia. This contract was signed by Ben Menashe (a former Israeli intelligence officer, who had worked with Zimbabwean dictator Robert Mugabe), Libyan militia commander Khalifa Haftar, and Arthur Porter (the head of Canada’s spy watchdog, the Security Intelligence Review Committee, who was arrested in Panama in 2013 on fraud charges in connection with SNC-Lavalin).

Sudan is in the midst of a complete internet blackout to prevent the masses from mobilizing. However, while world leaders have continued with their silence, the Sudanese diaspora around the world has become the voice of Sudan. Slowly, without any internet, Sudan painted the whole internet – and the whole world – blue, symbolizing those who were killed while peacefully fighting for the revolution. As I scroll through my timeline on Twitter, Facebook and Instagram, the whole world is revolutionizing, while many in Sudan have no idea that they broke the internet without any access to the internet.

June 30, 2019, marks 30 years of oppression and struggle for the Sudanese people since Bashir was the ruling power. Thousands upon thousands of diaspora took to the streets across North America, Europe, Africa, Asia, and Australia, peacefully demanding upon world governments to support the Sudanese civilians on the ground and help bring peace to Sudan. Meanwhile, in Sudan, the largest protest since April mobilized, as millions took to the streets demanding freedom, peace, and justice through a civilian rule. This was all done through word of mouth. In an attempt to prevent people from mobilizing, Sudan was thrown into a complete blackout. However, the resilience of the people has made this one of the most successful protests by far, as people went door-to-door handing out fliers to spread the word of the June 30th Millions March. Nonetheless, regardless of their peaceful protesting, the Janjaweed also took to the streets with military tankers, tear gas and ammunition in an attempt to disperse protestors. According to the Central Committee of Sudanese Doctors (CCSD), five deaths have been confirmed throughout the recent protests, as well as serious injuries inflicted on masses peacefully protesting across Sudan.

Despite the bloodshed, despite the pain, the suffering, and the loss, the Sudanese remain strengthened in their numbers. Not once has any Sudanese civilian picked up a weapon or fought back with their fists. Instead, they have used poetry, song, dance, music, and art to bring the revolution alive and keep it thriving. Even when the sit-in was burned down, destroyed and the artwork painted over as if nothing had ever been there, the images of the sit-in remains burning, as clear as day, in the minds of all Sudanese people, both on the ground and within the diaspora. No other nation has been able to overthrow two leaders in less than three days or bring the entire country together without any source of online connection or outside aid. No other nation has remained peaceful in the face of adversity or used poetry to fight against the violence. No other nation has proven, without a doubt, that no boundary, not even complete blackout, can ever get in their way of revolutionizing to create a new Sudan.

This is shared from peoplepoliticsandpersecution