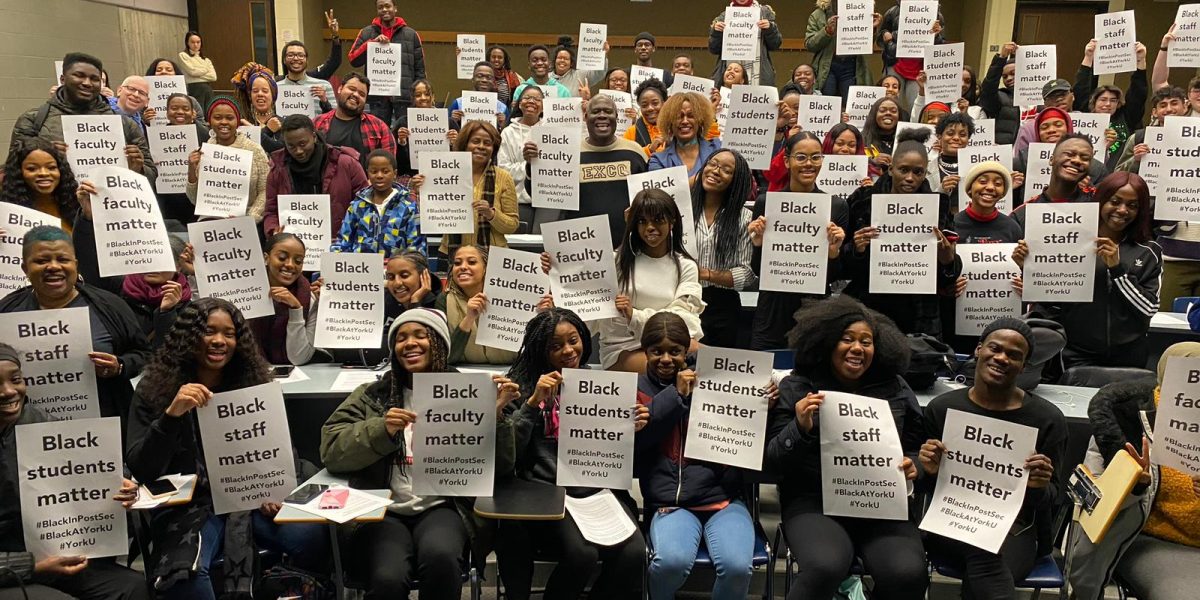 In a press conference on Thursday, April 8, Professor Aimé Avolonto, Associate Professor in the Department of French Studies at Glendon College, York University, put forward a detailed allegation of anti-Black racism and harassment against the university and its administration.

Allegations of discrimination, harassment, and surveillance

Prof. Avolonto first filed a formal complaint in 2017, mentioning incidences of anti-Black racism by Glendon College’s then-Principal and Associate Principal Academic. According to an open letter penned by Prof. Avolonto, he claims to have been subjected to a series of retaliatory race-based acts, including email surveillance by the administration, in addition to multiple smear attempts.

After requesting an investigation into his complaints, Prof. Avolonto was met with continued harassment and retaliation from the administration for the next four years, including attempts to discredit him and, by June 2017, the decision to dismiss him from his role as the Chair of French Studies at York University. The university eventually hired a third-party investigator to look into his accusations of anti-Black racism, but Prof. Avolonto soon lost trust in the process due to the investigator’s own biased conduct.

Almost 1.5 years after the investigation started, the investigator presented a summary of numerous allegations against Prof. Avolonto that accused him of terrorizing and victimizing colleagues and students. An allegation of sexual assault, which had never been brought to light before, appeared just six weeks after York University was notified it had been named in a complaint by Prof. Avolonto at the Human Rights Tribunal of Ontario, and almost two years after Prof. Avolonto first requested an investigation into his complaints of anti-Black racism.

From June 2018 to December 2020, Prof. Avolonto opened four cases with the Human Rights Tribunal of Ontario (HRTO) against York University and its administration related to institutional racism, one of which accuses the third-party investigator of discriminatory and unprofessional behaviour during the course of the investigation.

James Clark, who was Prof. Avolonto’s union representative at the York University Faculty Association at that time, stated during the press conference, “One of the things that I noticed as a staff representative is how much the myth of the liberal university becomes a barrier to speaking up about systemic anti-Black racism or other forms of oppression because the brand of the university becomes more important than what happens to people at the university.”

Prof. Avolonto says that the university went above and beyond to malign his reputation and discredit him professionally to protect the career aspirations of the university’s senior executives and to protect YorkU’s image as a progressive and open campus.

Incidents of anti-Black racism are neither new nor uncommon in York University. Another YorkU employee, Lydia Dosu, had also raised complaints against the administration for racially discriminating against her and belittling her professionally.

Last summer, following the murder of George Floyd, York undergraduate and graduate students wrote an open letter to the university’s president, Rhonda Lenton, calling the administration out for claiming to support Black lives when it’s convenient, without doing the necessary work to create a culture of anti-oppression at the university.

Sandy Hudson, co-founder of Black Lives Matter Canada and former staff representative at CUPE 3903, mentioned during the conference that she had to deal with several complaints from racialized employees during her time as a former CUPE staff member at York University, and oftentimes the administration had responded with dismissal or denial.

This sentiment was echoed by Kien Saningong Azinwi, Interim National Chairperson of the Canadian Federation of Students, who has been involved with anti-oppression struggles at York University since her time as a first-year undergraduate student. Azinwi raised a question to all during the conference:

Azinwi and Fardosa Warsame, President, York University Graduate Students’ Association, both pointed out that the framing of the accusations against Professor Avolonto leverages an age-old archetype of Black men being “aggressive” and “dangerous.” Warsame further mentions that Black academics are seriously underrepresented in York’s teaching and research faculty and the few that exist, such as Prof. Aimé Avolonto, are met with constant challenges and repression within the campus environment.

In the spring of 2017, there was a widely reported incident of a Black student being tackled by security officers at a Shoppers Drug Mart near York University’s Keele campus. During YorkU’s Senate meeting, Prof. Avolonto used his role as an elected Senate official to call out the administration for not listening to Black students on campus and actively tackling anti-Black racism within the community.

This speech, along with his appearance in the CBC documentary, were cited by President Rhonda Lenton in her letter announcing Prof. Avolonto’s termination process.

Plea for a fair investigation

Prof. Avolonto’s supporters acknowledged that what is unique about his case is how he is one of the few Black community members at York University who decided to speak up publicly and repeatedly and resist the administration’s attempt to cover up its blatant anti-Black racism. BIPOC community members face intense pressure to remain silent in the face of the racism they experience and experience retaliation when they speak out. What is clear from the accounts detailed by community members, and the incidents presented during CBC’s documentary, is that this issue transcends the particular case of Prof. Avolonto.

The traumatizing, alienating, and violent acts of systemic anti-Black discrimination are an issue in multiple campuses across Canada – and Prof. Avolonto’s case has focused on York University. His fight for justice is a start of recognizing the experiences of Black staff and faculty across Canadian campuses but it does not end there. In a letter to President Lenton, representatives from the Ontario NDP’s Black Caucus reiterated the importance of urgently addressing anti-Black racism in the post-secondary sector and demanded a fair investigation into Prof. Aimé Avolonto’s case.

At the press conference, Prof. Avolonto presented a detailed account of his experience with York University and requested the administration to drop the termination process against him immediately. He further requested a fair investigation of his original accusations and for the community and the Minister of Colleges and Universities to support this investigation process.

Watch the entire press conference. Find out more about the campaign to support Prof. Avolonto.