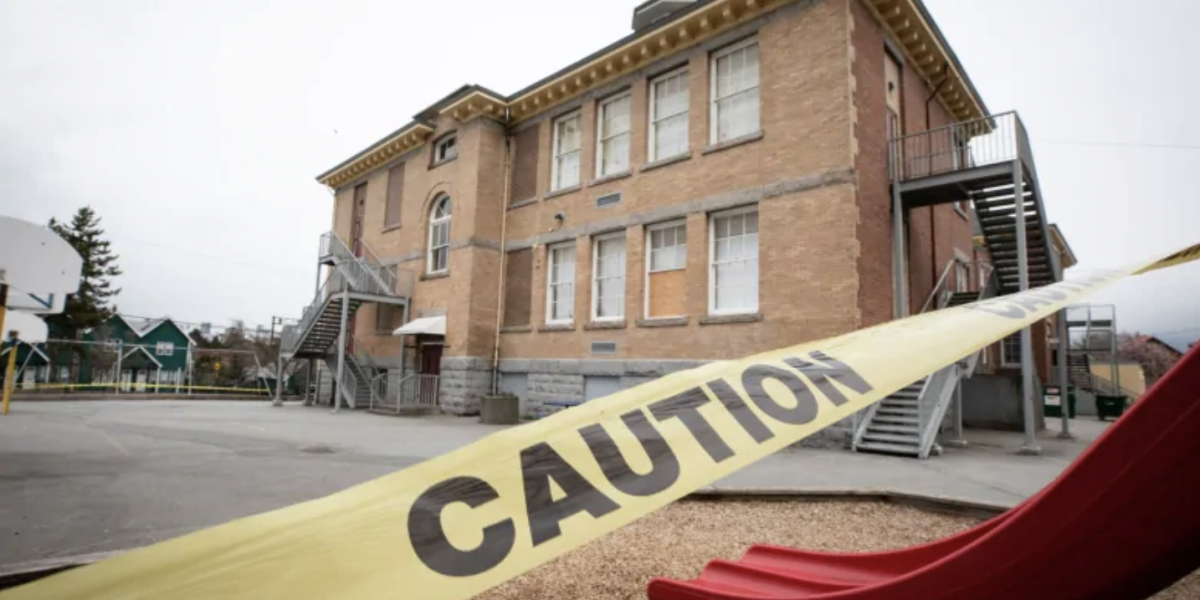 On July 29, the BCNDP government announced its plan for re-starting schools in September. This announcement goes against the current Covid-19 safety measures that the province has put in place, namely a ban on gatherings of over 50 people, including a maximum of 6 people at tables in restaurants.

In BC, schools will reopen with a cohort style of grouping, opening schools to groups of 60 for elementary and middle school, and 120 for high school students. The government has said that using the learning group model, “students and staff do not need to maintain physical distancing”. They also reiterated the message that kids don’t spread the virus, despite new research that suggests that is not certain.

While provinces across Canada are creating plans for the reopening of schools, it is becoming more and more clear that the health and wellbeing of staff and students are not the top priorities for these governments.

The BCTF was quick to announce the failures of this current plan and stated that, if followed, it will make schools unsafe for staff and students. “Bringing everyone back all at once, even with some version of a cohort model, on the first day after the Labour Day long weekend, is too much too soon given the many unanswered questions in today’s announcement,” announced BCTF president, Teri Mooring.

What is needed most at this time is a re-opening that places the safety of staff and students as the most important priority, rather than trying to put as many bodies as allowed into classrooms. We need to make sure that we’re not just re-opening our schools and workplaces to spread Covid and perpetuate unsafe work conditions, but doing so in a way that prioritizes health and well-being for all students and all workers.

“The imperative to get students back into schools needs to be balanced with health and safety considerations in the context of how schools actually function,” said Mooring. “Based on what the government released today, their plan isn’t ready yet. It needs more work.”

Decades of cutbacks have resulted in an underfunded public system that was already struggling to keep up with the physical and pedagogical demands of education. Many school districts are already short-staffed in regards to custodians and other support staff, who themselves are overworked. With Covid, schools were simply told to increase staffing and cleaning duties within their current budgets. This announcement also has the reduction or outright removal of many extra-curricular activities such as inter-school sport and drama proceedings.

The learning group model could also be disruptive for parents with more than one child in terms of social distancing and limiting the amount of extended social contacts we have. What if a parent has two children at one elementary school, and one in high school? That’s a maximum bubble of 240 people, or 180 if the 2 younger children are in the same designated learning group.

What about substitute teachers? With staff asked to stay home at any sign of sickness, how will those teachers who move from school to school be allowed to work in a safe environment? Moreover, many substitute teachers in BC are themselves retired teachers, belonging to a group who are already at greater risk for Covid-19. What about elementary music and resource teachers, who would normally see every child in a large elementary school (sometimes up to 600 kids or more)? This would mean that those teachers would have hundreds of contacts, something the BC Ministry of Health has previously said is too risky during this stage of the pandemic.

What do staff and families say?

Many schools were dealing with overcrowding long before Covid-19 hit, and many struggled with maintaining the distancing plans put into place during the last few months of the 2019/2020 school year.

One teacher in SD61 (Greater Victoria) mentioned, “In May and June, I struggled moving 8 desks around to be physically distant from one another in the classroom, but to go up to 24 or more? Now when I try and assist a grade 2 student with their work in the classroom, I’m going to have at least 3 or 4 kids right next to me. That’s a pretty big increase in exposure.”

While the BC NDP alluded to the importance of face-to-face schooling in maintaining students’ emotional and mental health, many parents expressed grave concerns about how safe the full reopening would be for students both physically and emotionally.

As Jen Efting, a Vancouver parent of two school-age children remarked, “If they kill their grandma, that might hurt their mental health, too. Mental health stuff is real and important, but there are ways to meet that need that don’t put people at risk. There has to be.”

Business as usual gets an F

‘Business as usual,’ is showing itself to be anything but safe. The continued push to regain profits is not only coming more and more at the expense of workers, but their families as well. Reopening schools and the economy, as well as preventing the spread of Covid are questions with very clear answers: Do so with the health and well-being of workers in mind.

For a truly #SafeSeptember, or truly safe working conditions, we must continue to fight and link in solidarity with the many concurrent struggles. Restoring pandemic pay and making it permanent is of incredible importance for the ‘essential’ workers, such as those working in grocery stores whose owners are raking in record profits. Forcing workers to choose between a day’s pay and their own safety, and the safety of those around them, only highlights why we also need to continue the push for paid sick days for all.

If the 1% are unable or unwilling to provide workers with the support they need to keep communities safe, then it is time to start planning for a new economy. Marx described capitalism “like the sorcerer who is no longer able to control the powers of the nether world whom he has called up by his spells.” This crisis has made it more obvious that we need to start planning for a new system and a new economy, ones that place health and well being of workers and families ahead of profits and ‘business as usual.’