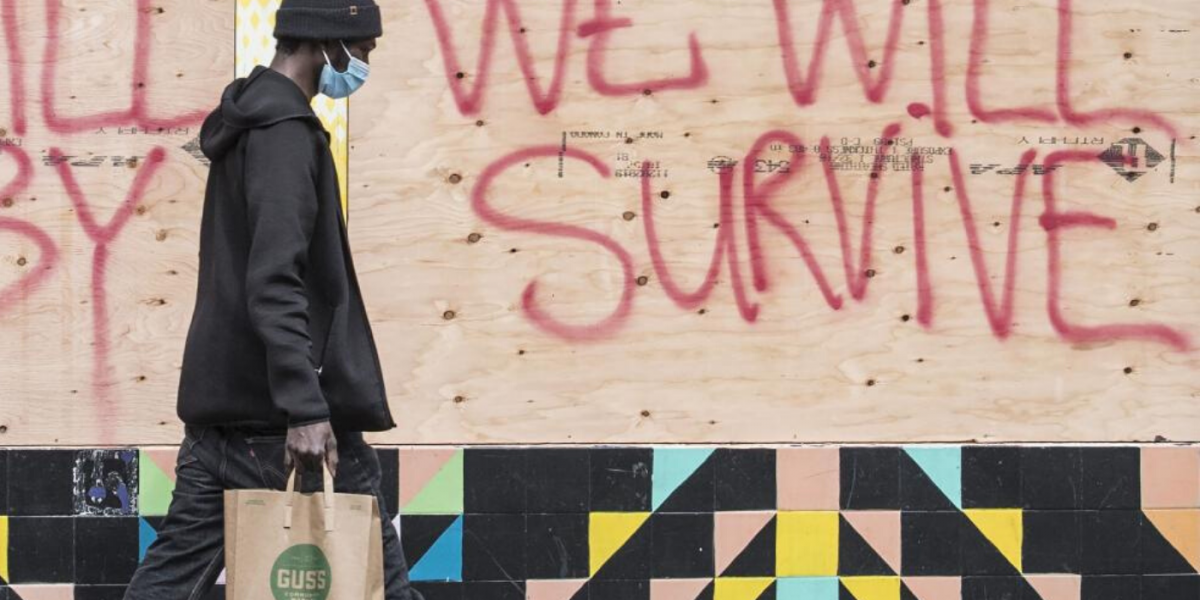 Though they have delayed too long and many employers are doing all they can to undermine the effort, the governments that are in the business of enabling capitalism are having to accept that self-isolation, on a massive and sustained scale, is unavoidable in the face of COVID-19. Working from home is a limited option and the question of a source of income is a massive one, as landlords, banks, grocery stores and assorted debt collectors hold out their hands to be paid.

Rather predictably, this situation has led to a bit of an upsurge in calls for a Universal Basic Income (UBI). To the liberal and left thinkers who promote this idea, it naturally makes particular sense to put it into effect at a time such as this. Of course, the last thing I want to oppose is the idea of emergency payments to those without adequate income, as COVID-19 impacts our communities.

However, the ‘pandemic basic income’ solution of simply distributing state payments to everyone ($1,000 a month has been suggested) puts into exceptionally clear focus the basic problem with UBI. In more normal times, the scheme represents an ill considered effort, as I’ve argued elsewhere, ‘…to make its peace with (the) neoliberal order and accept a commodified form of social provision.’ It doesn’t challenge low wage precarious work or the degrading and privatizing of the social infrastructure but asks only for a basic payment, paid out of general revenues, and it is taken on faith that the adequacy of this can somehow be assured.

I have previously taken up the question of how progressive hopes would be dashed on the rocks of neoliberal reality, were UBI to come into existence. However, the problems with the notion that it is a way forward in the context of the pandemic are most clearly seen in what it fails to address, as opposed to what it proposes. The fact that we live under the threat of global pandemics in the age of neoliberal capitalism, a threat that will still be with us when COVID-19 is finally contained at terrible cost, is itself an indication of the need to look for solutions, not within that system, but by challenging and defeating it. However, as economies grind to a halt and the markets warn us that a major global slump is impending that is by no means entirely related to the pandemic, how should we address the need to ensure that the basic needs of working class people are met and that their living standards are not decimated?

The governments of the various capitalist states will be very ready to bailout the capitalists, while they will be reluctant to provide for workers and the communities they are part of. Virgin Atlantic’s Richard Branson puts thousands of workers on unpaid leave, even as he calls for a £7.5 billion bailout for the airline companies. The Trudeau government is hammering out the details of a multibillion-dollar giveaway to the oil and gas companies in Canada.

This kind of welfare for the rich has to be utterly opposed and the notion that the general tax revenues should form the basis for keeping workers and their families alive during the pandemic offers only another form of public subsidy to capitalist institutions. Layoffs of workers have to be prevented and corporations that have profited for so long from their labour must be forced to meet the costs involved, when workplaces must the idled for a period. A fight for no bailouts without public ownership is the only approach that makes any sense if the present period is not be become the greatest free ride for the rich in history and a prelude to austerity on an unimaginable scale.

At every point, workers and communities under threat are pointing a way forward that instinctively raises the twin issues of who will pay and who will be in control. Italian workers have mounted a wave of strikes against employers who disregard their safety. Bus drivers in Detroit have forced the transit authority to suspend fare collection. The RMT union in the UK has called for the effective requisitioning a taxi fleets during the pandemic to ensure access to food and other necessities.

The logic of and need for such measures is so compelling that even very reactionary governments have been forced to take exceptional measures, such as the suspension of evictions. To the extent that we look to let capitalism off the hook and accept that the banks and corporations will be granted effective subsidies, we move in exactly the wrong direction. The slogan ‘make the rich pay’ has never had more validity than at the present time.

Beyond the immediate struggle to survive in the face of the pandemic, however, we need to understand that the legitimacy of capitalism itself is now confronted with a test of historic proportions. Why did this horror unfold with public healthcare systems degraded by decades of neoliberal austerity? Why did employers and the governments that serve their interests delay the preventative measures that could have saved lives in the interests of profit? As the pandemic is followed by a major economic slump, what of the measures and resources that are needed to meet the needs of hard hit working class and poor communities?

Tens of millions of people will ask these kinds of questions and socialist answers and solutions will resonate powerfully. We don’t want inadequate solutions that offer a peace with the neoliberal order. We need radical alternatives, fighting demands and bold plans of action. The concept of a basic income fell short before this searing crisis and it has even less to offer us in the face of it.

This piece was first published on John Clarke’s blog