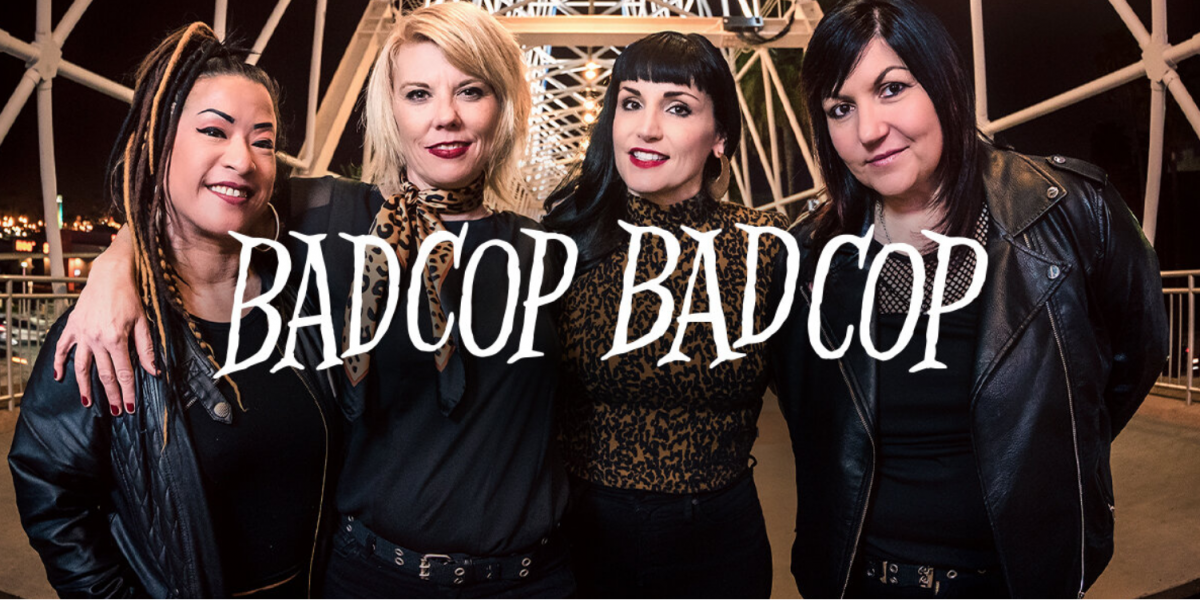 With the warmer weather coming back, nothing gets me pumped like some premium SoCal punkrock. If listening to the latest album from Bad Cop Bad Cop doesn’t bring you back to drinking Slurpees with your pals at the community center before the all-ages hardcore show that had a ska band on the bill for some reason, then nothing else will. Warriors, the group’s last album, came out of the aftermath of the 2016 US election.

On this album, that same energy is put forward in a really positive and energetic way. If you’re a fan of groups like The Bombpops or Teenage Bottlerocket, you owe it to yourself to dig into one of the summer’s best albums so far.

Tracks like “Simple Girl,” “Community,” and “The Mirage” are just super catchy and give out this amazing feeling of gratitude, confidence, and compassion. It’s not a misguided or sugar-coated take on self-compassion or caring for yourself, but more about recognizing the importance of listening and caring for yourself in terms of accountability and the power we find in community. For “Simple Girl,” Stacey Dee said:

“I wanted to convey the message of self-love and self-worth. I wanted to reflect upon the fact that no human is simple. Humans are complex beings, we’re all living lives and trying to amount to something. I wanted to feel good about who I am and am proud to be! Our issues and barriers have mostly come from within… we had to get over our own stuff. I had gotten off of the pills and hard drugs that brought a lot of negativity into my life and into the life of the band. But in my getting better we all found positivity and found honest and true relationships with each other, and that’s what makes us strong now! We have been pretty lucky that we haven’t had a lot of people try to stop us in what we’re doing as a band and have felt pretty included by our peers. But, I mean… we could be paid more! Haha.”

In 2018, Dee was in hospital twice, then later discovered she had stage one breast cancer. The experience was life-altering for Dee, which she captured in the track “Breastless,” which covers the range of emotions that cancer and treatment can put people through, and is reflected in the lyrics and track sound as well.

Perhaps the two most pointed tracks on the album are “Certain Kind of Monster,” and “Pursuit of Liberty,” both written and sung by bassist Linh Le. “Certain Kind of Monster” is the imagined conversation with an ICE agent with some ice cold lyrics. “Pursuit of Liberty” is the story of her family’s immigration to the US from Vietnam in 1975 and compares it to current events in 2020. These tracks dig deep, while speaking directly to our humanity as well as the larger political stage.

When asked about these tracks Linh Le said “[“Certain Kind of Monster” is about] the ongoing and current situation in the States. There are families being raided by ICE agents and detained in detention centers in deplorable conditions. Our immigration policies need to change to help immigrants gain citizenship not make it more challenging.”

The song’s final moments are particularly powerful with the repeated lines of “Don’t call people illegal / When they’ve done nothing wrong.”

Again, “Pursuit of Liberty” follows these footsteps. While drawing on specific instances of xenophobia and racism in the US, the lyrics get much deeper and touch on the continued fight for Status for all, including refugees, immigrants, and undocumented people.

“America has a long history of racism and that permeates into the way that people are treating immigrants and refugees coming into this country,” Said Le. “While this song touches on a specific comparison, its overall message was to try and humanize refugees and immigrants so people can understand that they all deserve a chance at the better life that they’re desperately seeking.”

The Ride as a whole is just a really fantastic and powerful listening experience. The album’s closer, “Sing With me,” says it all with “Sing with me / or sing your own song / I don’t mind, just as long as you find a voice.” These lines really sum up the album’s whole ethos. Dee adds, “If people are listening to our songs and they’re going to sing along to them, they’re going to start owning some of those words. And in owning some of those words that gives them some strength and power going forward. That’s really the biggest gift that I could give to anybody.”

While physical distancing is still a thing and we shouldn’t be gathering indoors, I can only suggest that your next course of action should be to crank this album in a sunny, public park and try to get a massive (distanced) circle pit going.