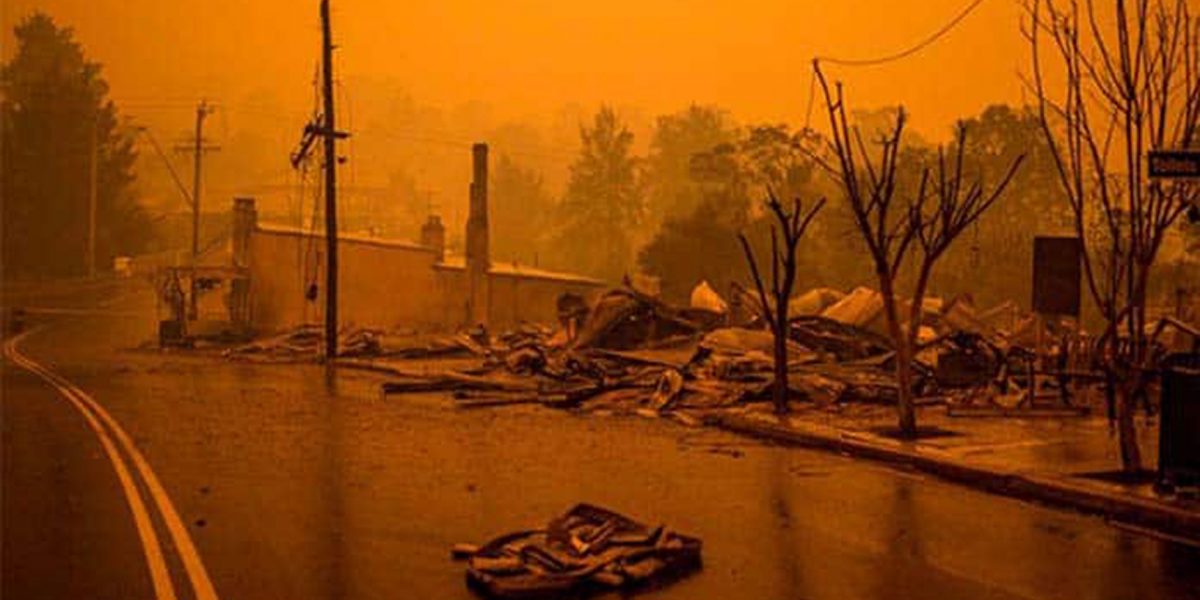 The unprecedented bushfire crisis has exposed Australian Prime Minister Scott Morrison as out of touch, and incapable of tackling either the immediate crisis or the climate emergency behind it. More than 20 people have now lost their lives. Homes and entire communities have been wiped out. Huge swathes of land have burnt with a such ferocious intensity that some ecosystems will never recover. And we are still only at the start of the fire season.

Morrison has been badly damaged, after weeks of refusing to act. During the worst fire days in December he was pilloried for scooting off on holiday to Hawaii, while firefighters were dying in the blazes. For weeks Morrison rejected calls for financial compensation to volunteer firefighters. When he finally announced a meagre compensation package, he was seen as several steps behind mainstream opinion. He made matters worse by saying that bushfire victims would be inspired by Australia’s cricketers, from the comfort of a reception at Kirribilli House.

Angry residents from the fire-stricken town of Cobargo rounded on him when he visited, demanding more resources for the Rural Fire Service and disaster relief. When he wouldn’t commit to either he was heckled and practically run out of the town. One person told the Prime Minister he should be “ashamed of himself” and had “left the country to burn”. So much for the quiet Australians.

Ordinary people and their communities have mobilised to deal with the disasters while Morrison sat on his hands. Volunteer firefighters have been working around the clock, often with poor equipment, to save lives and homes. But relying on volunteers to fight fires for months on end is unsustainable. We need more paid professional firefighters and funding to protect rural communities.

After previously refusing to call the situation a crisis and insisting firefighters had all the resources they needed, Morrison has now changed his tune. He announced plans to deploy the army reserves to fire zones, without even properly informing the state fire commissioners. He announced more funding for firefighting aircraft, promising several more than were asked for by the firefighting chiefs, as well as extra money for bushfire recovery. He was even desperate and tactless enough to put out a political ad to spruik his announcements.

Fuelling the anger is Morrison’s refusal to acknowledge the reality of climate change and his government’s appalling failure to act. He is desperate to deflect any discussion of the underlying cause of the fires.
Emissions have been rising under the Liberals. Morrison’s emissions reduction policy relies on gaming the calculations of emissions by using ”credits” from the Kyoto protocol period. He also led the wrecking operation at the recent UN Climate Summit, helping prevent any strengthening of the commitments to emissions reduction. His only response is to insist that Australia is meeting its woefully inadequate Kyoto targets and to blame the intensity of the fires on The Greens who he accuses of preventing adequate hazard reduction burning.

Not only the severity of the fires, but the prolonged drought and drinking water crisis that have gripped large parts of the country are direct consequences of climate change. It is a glimpse of a grim future if we do not force the transition to a decarbonised economy. That will take a huge government investment program in building renewable energy infrastructure. The market will only cherry pick the most profitable projects and cannot be relied upon to rebuild the energy grid to make it compatible with large-scale renewables. And privatisation of electricity generation has driven up prices. That is why we need public ownership.

Hundreds of thousands of good jobs can be created right now through a public works program in renewable energy, public transport, housing, land management, reforestation and much more. But Morrison is in hock to the fossil fuel company bosses and Australian capitalism. Like their international counterparts, they have sunk billions in fossil fuel investments and are committed to extracting every last bit of profit.

Labor leader Anthony Albanese has criticised Morrison’s handling of the fire emergency, but will say nothing on what the government should do about climate change. He is even colluding in stopping the transition we need by saying that there is no problem with jobs in coal.

In order to get a just transition we will need to build a social movement that can take on the capitalist system as a whole, taking over the streets and shutting down the workplaces. Rallies of thousands have mobilised in the capital cities calling for 100 per cent publicly-owned renewables, no new fossil fuel projects, a just transition for workers and funding for firefighters. Further snap protests are planned during January, and there is discussion of a national day of protest on 22 February. These need to be as large as possible, with clear demands for government investment and climate jobs.

The work stoppages in response to the hazardous bushfire smoke were also a step forward, linking workers’ safety with the need for climate action. The maritime union, representing wharfies who stopped work, explicitly linked the failure to act on climate change as increasing bushfire danger. Firefighters’ union representatives have also spoken out, pointing to the unprecedented nature of the fires, the link to climate change, and calling for proper staffing and equipment.

We need much more of this. The climate disasters are a class issue and we will need to mobilise workers’ power if we are to prevent even worse ones in the future.

This is shared from Solidarity Australia