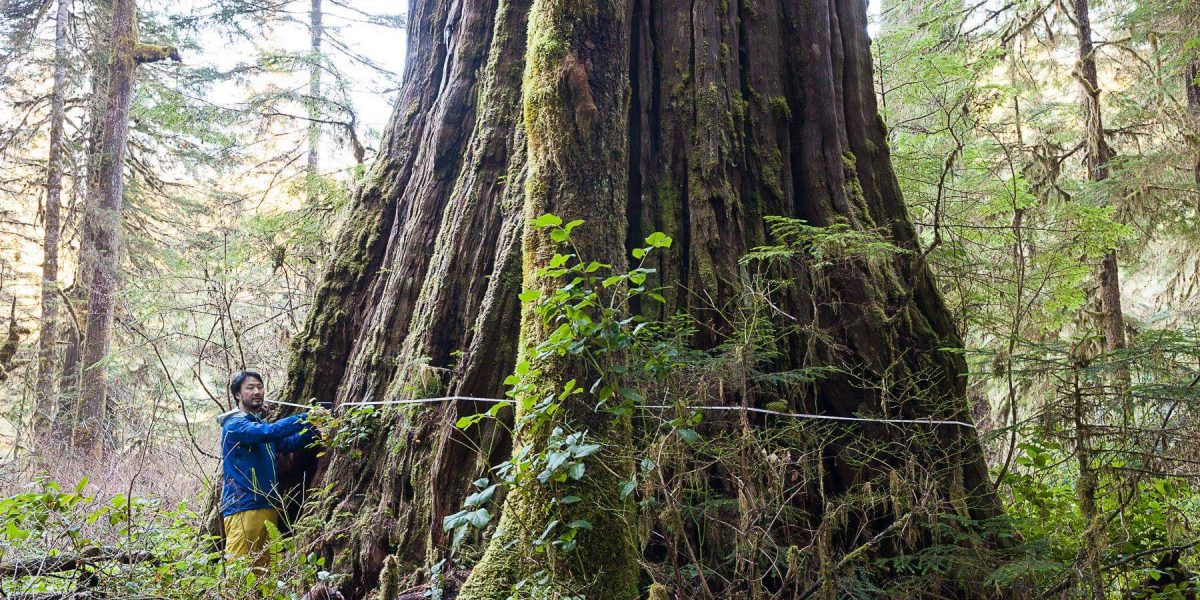 There’s a debate about the role of forests in the climate crisis: while some argue that forests are now net emitters of carbon due to large-scale forest fires like those recently in Brazil, others like Science magazine claim massive afforestation (the planting of new forests) is the best climate solution. But as Guardian write George Monbiot pointed out, there is no technical solution to the climate crisis that does not involve politics: “we can defend ourselves from disaster by enhancing our world of wonders. However, nothing should be done without the involvement and consent of indigenous people and other local communities. Nor should damaging projects, such as monocultural plantations, be passed off as natural climate solutions.”

To get a better understanding of where forests fit in the climate solution picture and to address the debates, Spring Magazine contacted Ken Wu, who was traveling on the west coast organizing the new Endangered Ecosystems Alliance. Combining his academic training (a degree in eco-sciences from UBC) with activism, Ken Wu has for decades worked with Indigenous communities, trade unions and other communities, actively campaigning around the protection of old-growth forests. He has also contributed to the climate movement by working with organizations promoting stronger targets to the 2003 Kyoto Accord and the 2009 UN Climate convention.

Spring: Forests are often seen as a premier form of carbon capture. Can you tell us more about that?

There is an increased realization, backed by science, that we have to protect forests on a vast scale to slow down climate change. Recent science shows it’s impossible to meet our emissions targets of 1.5 degrees if we don’t draw down maximum amounts of carbon by protecting nature. Because we’ve left emissions reductions too late, we now have to draw down carbon from the atmosphere through large scale protection of nature, and there is nothing better than forests and native ecosystems.

It’s best to protect old growth forests because mature forests are three dimensional, and absorb more carbon as they grow. Seedlings absorb less carbon per hectare than older trees. And there is a time factor – we don’t have 100 years to wait for plantations to be mature forests let alone old-growth. We have to expedite the process by keeping forests from being logged.

Forests are featured in carbon offset programs offered by industries (e.g. by aviation and tourism companies). What do you think of these programs?

Carbon offset programs have varying degrees of effectiveness. The least effective is tree planting. It’s better if planting occurs in places that are naturally forested (e.g. in areas deforested but are having difficulty with trees returning) e.g. dry, rocky, cold conditions. But they have to be native trees, otherwise it may as well be pavement in terms of the biodiversity value.

So it’s important that we don’t plant in naturally non-forest areas e.g. grasslands or wetland areas, otherwise it’s being anti-environmental. If an area is non-forest naturally then it’s supposed to be that way.

I’m not sure of all the carbon offset programs, but many have loopholes, so people need to do the research.

Offsets are OK as part of an overall government regulation agenda, if there are standards to eliminate loopholes and protect forests and ensure clean technologies. But fundamentally it’s big industry that has to be regulated in terms of emissions reductions, and we need large-scale nature protection as the most effective form of offsets.

What about urban forests? They would be less prone to fires and therefore less likely to be carbon emitters.

In urban areas, where natural systems are gone, then it’s not too bad to plant non-native trees, but it’s best to plant native anyways. But cities are only 1% of the area covered by the Canadian state and 3% of the US area. Cities are only a small area compared to 70% of Turtle Island, which is forests. So urban forests will have only a minor impact on decarbonization vs. curtailing logging. There are lots of urban areas where trees should be planted to mitigate climate change. There’s also lots of inefficient land use in North America, e.g. old industrial sites, lots that are ripe for planting trees, wide open parks but fewer kids using them. So cities, provinces and federal governments should all chip in to increase urban trees. It has been shown that nature enhance peoples’ mental and physical health.

You emphasize the importance of preserving our existing forests, but aren’t forests now a net emitter of carbon, given the huge amount of forest fires these days?

There are vast forests that are not carbon sources, for example on the west coast of Turtle Island we have high precipitation temperate forests from California to Alaska, as well as deciduous and mixed forests throughout Turtle Island/North America, and fires are not (yet) a major threat. The old-growth west coast forests are a massive carbon sink per hectare, even more than the Amazon and tropical forests. We also have inland forests in the interior of BC.

How is the logging industry contributing to the climate crisis?

The industry contributes to the climate crisis by removing the older forests that both sequester carbon faster than younger forests, and that store vast amounts of carbon that are then released after logging in the form of wood waste in landfills, sewage systems when it comes to pulp, and in clear cuts.

In addition, the logging industry in BC is responsible for a lot of the fires, as waste wood in clear cuts gets hot and dries quicker than under the canopy of cooler, moister forests.

Unfortunately, BC’s NDP government is continuing the policies of the old Liberal government, claiming that logging old-growth forests is vital for jobs, which is akin to arguing that we need commercial whaling in order to have food.

How does your work support Indigenous sovereignty and land defenders?

Across the planet, if you follow it, Indigenous peoples are pushing for Indigenous Protected Areas, such as Tribal Parks in BC, in order to protect both culture and nature. The loss of native ecosytems is the loss of culture. These are cultures that evolved over millenia in native ecosystems in all manner of their existence, so their cultures are inextricably tied to the existence and flourishing of native ecosystems. For example, First Nations cultures along BC’s west coast rely on old-growth red cedars to make dugout canoes, totem poles, long-houses, and giant masks that are a key part of their cultures. Smaller second-growth trees don’t work.

The federal government is providing some support of Indigenous Protected Areas, but not enough – while the provinces are doing next to nothing. We are lobbying to crank up that support, including financing for land-use planning, economic development in tourism, clean energy, non-timber forest products, and for Indigenous guardians programs to manage and steward protected areas, all tied to the development of new Indigenous Protected Areas. In general we work to support First Nations conservation initiatives everywhere we can.

How do you work with unionized forest workers?

I have worked for decades in solidarity with forestry workers and unions in BC to support a value-added, second-growth forest industry, to end raw log exports, and to end the logging of old-growth forests. Starting with the Public and Private Workers of Canada (formerly the Pulp, Paper, and Woodworkers of Canada – PPWC) in 1999, which has been a strong alliance for 20 years, and the Youbou TimberLess Society (representing over 200 former workers of the TimberWest Mill near Lake Cowichan), through my various organizations we have worked in solidarity at picket lines, marches and rallies, and forums, rallying working Canadians to work together for environmental progress with the environmental movement.

In addition to campaigns around Indigenous land and water defence and fairness for forest workers, what are specific forest protection campaigns people can join?

We have the new Endangered Ecosystems Alliance. We are looking to be Turtle Island-wide but for now we are just in the north/ Canada. In BC there is also the Ancient Forest Alliance, which I just left as executive director a year ago, but remain on the board.

People should also look at the work by the Global Deal for Nature and Nature Needs Half and the research of Dr. Eric Dinerstein who showed that protecting/restoring at least 50% of the world as native ecosystems by 2030 is necessary to meet our climate targets. And of course look at the writings by George Monbiot and Greta Thunberg, as these two have also promoted the centrality of protecting nature as a vital to reach our carbon reduction targets.

We should also pay attention to the UN Biodiversity Conference in October 2020. It will be a great opportunity to scale up protection of forests and native ecosystems across Earth and will create a new global target, likely 30% by 2030, though we are aiming for 50%. There have to be ecosystem-based targets, otherwise industry will push for all protected areas to be in deserts, Arctic tundra and muskeg, or alpine mountaintops, which are all native ecosystems that need more protection like all areas, but industry will fight against protecting forests and areas of much greater commercial value. If there are no ecosystem-based targets, governments will push protection away from conflicted use areas.