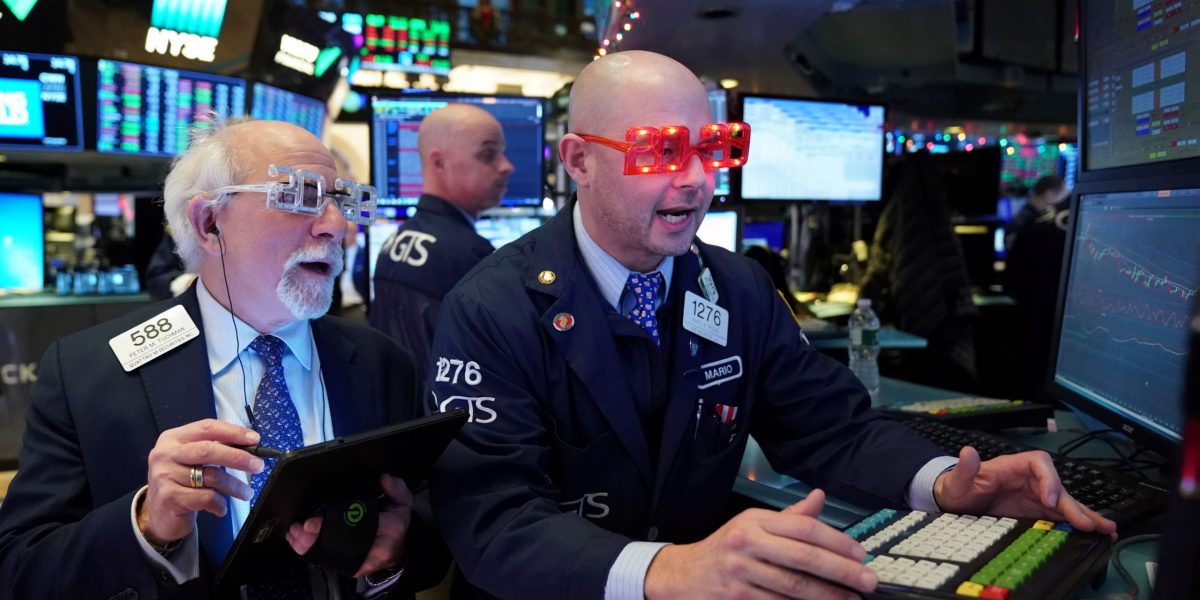 With historically low unemployment and near record breaking stock markets the U.S. and Canadian economies appear to be humming as we enter 2020. But underneath this facade of robust economic health there are troubling signs; all that glitters is not gold.

Despite this, wage growth continues to be sluggish. In the United States those making the minimum wage, or close to it have seen above average wage increases thanks in part to legislative victories that have increased the minimum wage. But overall wage gains in the United States have been anemic. In Canada, average annual wage gains have been roughly 3% for the last six months.

2019 was the Toronto Stock Market (TSX) best yearly performance in a decade, growing by over 19%. The TSX growth was led not by its traditional bread and butter stocks of oil, gas and mining, but by surging stocks in retailers like Shopify and Hudson’s Bay. The S&P 500 gained more than 28% in 2019. These phantasmagorical stock market gains far outstripped any relation to profit. As the economist Michael Roberts notes “The main purchasers of corporate stocks are the corporations themselves. These so-called buybacks pushed up stock prices, in turn making it easier to buy out other companies or gain even more credit.  Much of the buyback funds were borrowed.”

The 2018 Trump corporate tax cut allowed corporations to escalate their stock buybacks, but the real jet fuel for the rising stock market has been cheap money. Interest rates have remained historically low for the last decade and have allowed corporations and banks access to cheap credit. When for a fleeting moment the Federal Reserve increased interest rates in 2018, investors and corporations panicked and the planned increases were quickly reversed. The system is precariously tied to cheap credit. In what would logically be a good time to borrow to invest in updating and expanding equipment, firms have consistently chosen to borrow cheap money in order to buy stocks and inflate their value.

The question is why?

The falling rate of profit

The 2010s have seen the longest sustained period of economic growth since World War Two. Canada had one minor technical recession in 2015, but otherwise from 2010 to 2020 it was a decade of economic growth. But this growth was tepid; the world economy and advanced economies like Canada and the United States grew at their slowest rate.

In part this reflects how the 2008 economic crisis was resolved. As Joseph Choonara correctly points out, “across the globe, financialised bailouts, together with a squeeze on working class people, ratcheting up the degree of exploitation, helped lift the economy out of crisis. However, because these measures prevented a thorough clear-out of the system, preserving unprofitable firms that, according to a pure capitalist logic, ought to have gone bust, profit rates remained low.”

The amount of existing productive capacity within the capitalist system remains relatively high, which keeps the growth of the rate of profit low and discourages further capital investment. As Michael Roberts notes, the period from 2014 to 2019 is now the longest period of contraction in US profitability since 1946. Therefore it make sense that the 2010s has been a remarkable decade in terms of the sustained low rate of business investment in machines and equipment. Businesses would rather take their profits, and use cheap credit to speculate on the stock market, as they are much more likely to see higher returns.

The lack of business investment due to the low rate of profit is behind is what the World Bank calls the broadest and steepest slowdown in productivity growth in the last four decades. In the UK the 0.3% growth of productivity over the last ten years was the Royal Statistical Society’s “statistic of the decade”. This slowdown is happening across the globe, in advanced and developing economies alike, with worldwide productivity growth rates since the crash averaging 1.8%, significantly down from the pre crisis year average growth rate of 2.3%. This in part reflects the last major technological breakthrough of the 90s of integrating internet communications systems with logistics. But at the heart of this is sustained drop off of business investment. The productivity problem is less a problem and more of a symptom.

There have been repeated headlines throughout the decade about impending automation and radical new technologies. But it turned out the 2010s was one of  the least inventive and innovative decades ever under capitalism. It is amazing how little has changed in terms of innovation and technology in our society: the world of stuff in 2020 looks almost identical to 2010. There were very few technological breakthroughs over the last 10 years, and what was invented had little workplace application. This is showcased in the pedestrian Popular Mechanics list of best inventions of the 2010s, which featured such innovations as the selfie stick, celebrity holograms and drones (which were invented well before 2010).

As the Canadian, U.S. and world economies are entering 2020 none of these issues are going anywhere. The latter half of 2019 has seen a big drop off in this already low rate of business investment. As the International Monetary Fund noted in December, “faced with sluggish demand for durable goods, firms scaled back industrial production. Global trade—which is intensive in durable final goods and the components used to produce them—slowed to a standstill.”

There is record unemployment in Canada and the United States, but paltry wage gains, especially for workers in the United States. Overwhelmingly the employment gains are coming in the form of full-time work and counter to expectations of precarious work or non-standard employment relationships, which have actually decreased on both sides of the border over the last number of years.

But this doesn’t mean that feelings of precarity are unwarranted. The systematic underfunding of public services and entitlements as well as the increased cost of housing has downloaded ever-more costs onto the backs of workers. Which has resulted in sky high amounts of personal debt. Added to this is the decades long assault on unions and workplace standards which has atomized and weakened the power of workers in the workplace.

As the economy sputters onwards workers are paying the price while corporations are feeding at the trough of cheap credit. This situation cannot continue on indefinitely. Personal and corporate debt continues to escalate, global debt-to-GDP ratio just hit a record high of 322%, and the ability of governments to stave off another economic crisis is weakened by already existing low interest rates. The possibility of an escalated international trade war could add further headwinds to the global economy.

One of capitalism’s main ideological selling points is its innovation, its dynamism. It is supposed to deliver us life altering technologies such as artificial intelligence, but instead the 2010s left us inventions like Elon Musk’s boring tunnel, a crappy, privatized and more expensive version of a subway. This decade has also shown us capitalism can’t solve the climate crisis, despite the availability of cheap credit that could be used for green investments.

The sustained economic stagnation of the 2010s doesn’t mean capitalism’s dynamism is extinguished. Capitalism is at its core dynamic, a blend of innovative and destructive as Marx described it in the 1860s. But the balance of this dynamism seems to be drastically tilting towards destructive.

But as Marx also described, capitalism continues to build its own gravedigger, the international working class. The declining rate of profit, and failed attempts to restore it through government austerity and attacks on workers, are triggering revolts around the world—with general strikes from India to France, and protests from Chile to Lebanon. These protest movements are challenging the specific policies that triggered them, and laying bare the contradictions of the capitalist system.