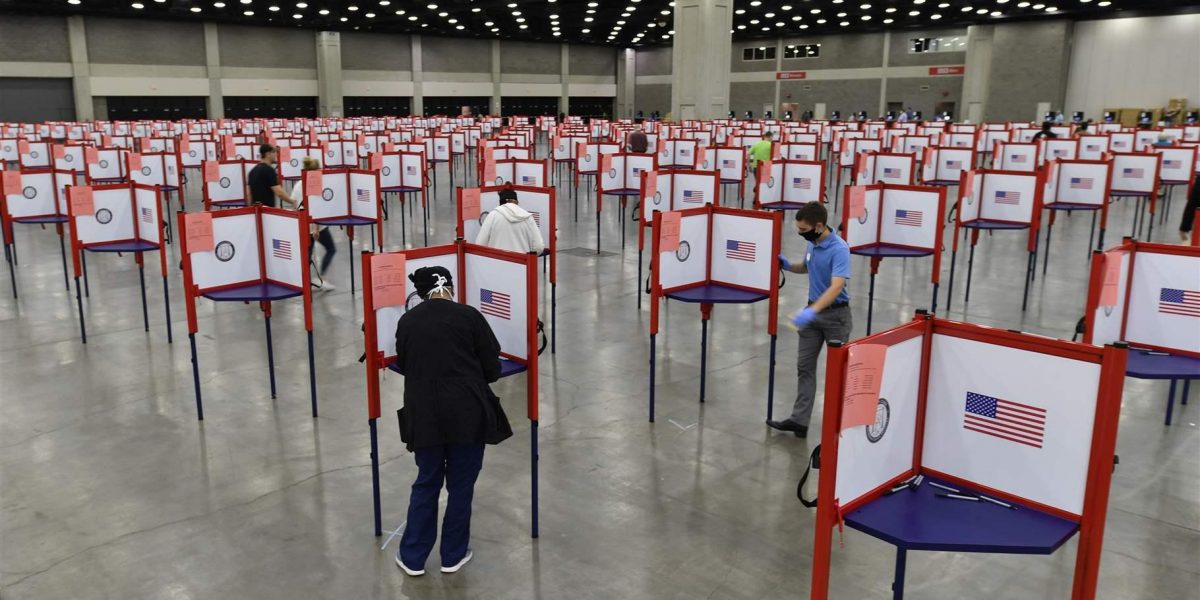 Dreams of a “Blue Tide” and a Biden-landslide quickly evaporated early last evening as did the hopes that the US Presidential election would repudiate the racist, sexist, and mean administration of Donald Trump. Although early Wednesday morning suggests that Biden will very well scrape by and win the presidency (contested by Trump surely, already suggesting that continued vote counting is fraudulent), the Republicans have probably maintained control of the Senate. What would have been a very timid and neoliberal Biden presidency will now likely be even meeker, as Mitch McConnell will defeat any attempts to tackle climate change, economic inequality and racial injustice. Dreams of stacking the Supreme Court and ending the Senate filibuster are out the window.

It would be easy to suggest that this is a reflection of an incredibly powerful reactionary politics in the United States. The enthusiasm of angry White Supremacy showed up in droves to support Trump’s re-election, turning what was supposed to be a Biden 8 to 10 point win in the national vote into a 2 point lead as of this morning (though Biden’s national popular vote lead will most likely increase).

Although Biden was able to push his vote totals up, the lack of enthusiasm many cited as warning to embracing his candidacy came to fruition. This appears especially the case among BIPOC voters, the base that Democrats have counted on for years to win but also the base the Democrats have taken for granted and failed to deliver for. Biden’s campaign suggest days ago that Latinos were not part of their path to victory and this showed itself in Florida and Texas, where Democratic hopes for upsets were spurned by Trump improving his support among Latinos. Democrats also publicly worried yesterday that vote numbers in large African American urban centres like Milwaukee and Philadelphia were not great, similar to the underperformance Hillary Clinton had in 2016.

While the enthusiasm for Trump among his constituency and the lack of it for Biden among his may suggest that American political consciousness is especially right wing, exit polls suggest that the problem was not left wing ideas but rather Biden’s unwillingness to embrace any sort of bold and aggressive policies that spoke to ordinary people.

National exit polls gave support for a public health insurance (or Medical for All) showed over 70 percent support. In Florida, a state where pundits were blaming Bernie Sander’s brand of socialism as detrimental to Biden, yet a state-wide referendum won over 60% for a minimum wage increase to $15 per hour, an issue that Sanders helped popularize.

Instead of embracing popular policies around climate, inequality and racial justice, the Democrats instead ran a campaign that focused on vague platitudes about returning honour to the White House or saving the soul of the nation. Instead of running a candidate who championed Medicare for All and the Green New Deal, the Democrats ran a candidate who embraced the most minimal of reforms and ran away from any suggestion they supported these incredibly popular policies. Instead of running a candidate who could not only recognize White Supremacy and institutional racism, but embraced radical reform, the Democrats ran the author of the now-infamous 1994 Crime Bill and a former prosecutor and Attorney General who used her office to further incarceration of African Americans. The Democrats decided to orient to so-called “moderate” Republicans and once again, just like 2016, those voters did not support the moderate Democrat. This is why we are still on the edge of our seats.

It’s hard to know whether Bernie Sanders would have performed better than Biden, since COVID-19 changed the landscape of campaigning and worked against the kind of movement Sanders depended on, but the ideas he pushed would have been incredibly popular. Running away from those ideas meant that Biden could never overcome the enthusiasm gap with Trump, making this race much closer than it needed to be.

Although Trump went on TV yesterday and gave a blustering speech about fraudulent ballots and taking this to the Supreme Court, Biden is still set up to get to 270 electoral college votes before that happens. It is hard to say for certain at this moment, but it looks like Biden will limp across the finish line with little political capital and no control of the senate .

Democrats will attempt to suggest that the closeness was because of the likes of Bernie and AOC and that their ideas made them vulnerable. Although all objective measures of public opinion points to the opposite, Biden and Pelosi will push this narrative to tamper any expectations about what can be accomplished.

That said, there is some optimism to be found. Radical ideas about health care and the environment are in fact popular. The idea of a 15 dollar minimum wage is wildly popular, even in states that Trump won. A political movement that embraces these ideas can cut against the failed neoliberalism of the centre and racist reaction of the right. Building that movement should be the Left’s priority moving forward.