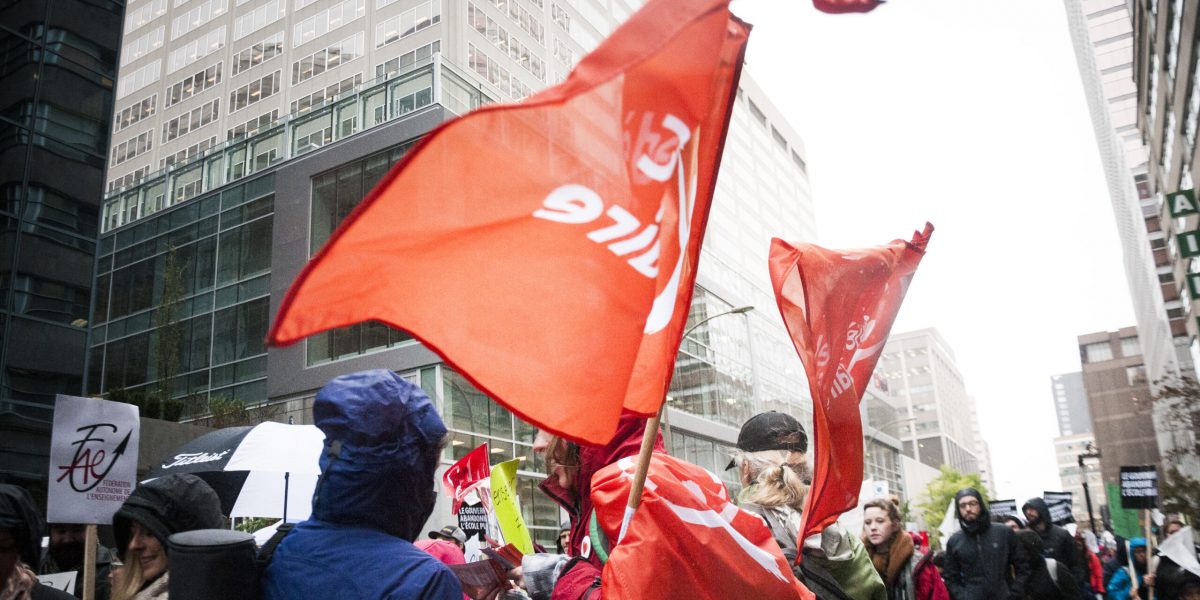 Un peuple libre by Benoit Renaud, published by Écosociété publishers in 2020, is an inquiry into what a progressive and independent Québec would look like. Renaud’s book develops some of the independence arguments sketched in Eric Martin’s Un pays en commun. Socialisme et indépendance au Québec published also by Écosociété publishers in 2018. However, Renaud chooses a framework that gives far greater priority and recognition to the existential question of the environment, Québec’s relationship with its native population and questions of oppression overall. As a result, Renaud’s work is a qualitatively more left-wing framing of the independence question.

According to Renaud, the two central problems facing Québec’s independence movement are: 1) lack of support for independence overall; and 2) the increasing dominance of right-wing identitarian ideas within the movement over the past 25 years. In response to these issues, Renaud counterposes “the ecological and social republic of Québec” as the “shared destination that would allow this convergence to reach a majority”.

BR marshals his arguments and construction of history through a thematic unfolding that begins with a review of the right-wing turn taken by the independence movement over the past few decades.  From there, the author proceeds through a discussion of the Canadian empire and its colonial and environmental ravages.  The book then juxtaposes the issues of racism, Islamophobia and the question of laïcité against the independence question. Renaud finally concludes by explaining the centrality of the constituent assembly process to the independence process.

In his breakdown of the “ideological landscape”, BR sets forth a spectrum with 5 positions on independence, from the most convinced (“Independence before everything else”) to the most opposed (“independence never”).  However, in light of the independence movement’s moribund state, Renaud cautions against a strategy of “traditional militancy”, whereby the most militant attempt to convince those in the next lowest category of conviction. Rather, Renaud argues that the process of conviction be subordinated to a process of convergence where the priority is on finding the arguments that will “regroup everyone into a grand common project”. Renaud warmly initiates the convergence by addressing his reader as “we”.

Renaud’s chapter Breaking the Canadian Empire is a sharply focused introduction to Canada’s colonial relationship with its native population, particularly with respect to the environmental damage done by its extractivist industries on those communities. Here, Renaud lays out Québec’s dual role as Canada’s “victim and accomplice”, that is, “both the product of French colonialism and the target of a British colonial project.” Indeed, Renaud insists that while “[r]acism against indigenous people is just as present in Québec as in the rest of Canada”, there is nonetheless reason to hope for a “decolonisation movement that could unite native resistance, the environmental movement, an independence movement in solidarity with First Nation peoples, part of the Canadian left and the union movement, youth and women’s groups, etc.  This grand coalition would be based not only on climate justice, but also on the rejection of the profoundly colonial logic at the heart of Canadian capitalism.”

To analyze racism, and by extension Islamophobia, Renaud uses a 5-part evolutionary framework developed by French philosopher Pierre Tevanian, whereby a dominant social group successively differentiates, maligns, reduces, and essentialises a weaker social group until its unequal status is Iegitimised. Supported by this lens, BR situates Québécois oppression historically as a final phase of the Catholic-Protestant wars that roiled Europe for centuries.  In this connection, he cites the treatment of Irish Catholics by British Protestants as a particularly close parallel to the systemic racism imposed on Catholic French-Canadians by British Protestants, and their descendants, the anglo Canadian majority. Emphasizing the idea that “[human] races do not exist in a biological sense”, BR quotes Martin Luther King’s Letter from a Birmingham Jail to conclude that “racism is therefore not just a matter of skin colour”, and that the “mechanisms of racism are not always so brazen” to bolster his assertion of French-Canadians as historical victims of oppression.

However, given the economic centrality of the enslavement of Africans and native peoples to the colonisation of the Americas, Renaud leaves his readers curious to know more about the role of French Canadian oppression in the overall profit-making, colonial project of Canada. Although Renaud frames his independence position around a number of economic demands – the creation of a central bank and national currency for Québec, a rejection of existing free-trade agreements, new investments in the public and community sector, and a limited role for public oversight of big companies that receive subsidies from the state – the overall lack of economic assessment makes it difficult to measure the potential inherent in these demands to rally public support for the independence project. Also, given the likelihood of a capitalist backlash to these proposals, it would have been interesting to consider the effects of such a reaction on the contemporary independence movement, particularly given its right-wing character.

Renaud concedes that “since the 1970’s … the majority of francophones” have become a “relatively privileged group in Québec, just behind the anglophone minority”. At the same time, he persists in viewing Québec as a colony of Canada by virtue of the latter’s failure to “grant Québec the completely symbolic status of distinct society” and Québec’s refusal in light of that failure to ratify the constitution of 1982. Given this failure of national recognition, which he claims is tantamount to “Canada declaring independence from Québec”, Renaud argues that there is no progressive way forward for Québec except through a constituent assembly by way of prelude to independence.

However, against the realistic assessment that there is “no guarantee that independence will bring us a more just world or a more free or egalitarian society”, Renaud balances the imperative that “an independent Québec will be pluralistic or not at all”. For all their seeming contradiction, these two assertions should be seen rather as a measure of the distance separating the existing progressive independence forces and those needed to transform Québec into the plural and independent nation Renaud so passionately desires.

This review first appeared in Nouveaux Cahiers du socialisme and has been translated by the authors.